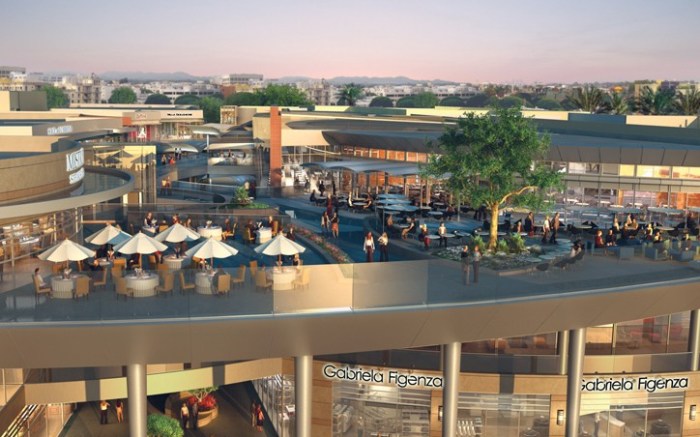 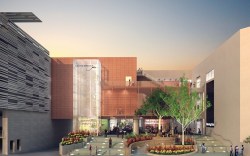 LOS ANGELES — A spate of retailers are betting that the newly renovated Santa Monica Place, slated to debut Aug. 6, will breathe fresh life into the Los Angeles retail scene, creating a new shopping destination on the Pacific Ocean.

The mall, located just south of the Third Street Promenade in Santa Monica and anchored by Bloomingdale’s and Nordstrom, began extensive renovations in January 2008, transforming the enclosed mall format into a three-story, open-air shopping center.

“It will be the biggest common area in Los Angeles for people to gather,” said Fraser Ross, owner of the trendy Kitson boutiques, which will have a location in the new center. “It’s exciting for retail. Every diverse type of consumer will be there. It’s a great place for any brand.”

“[This space] is unique and special for us because it is an outside shopping center,” she said. “The Charles David stores on the West Coast do very well with this type of mall setting.”

Malka said the company’s new location there also would help extend its customer base in the Santa Monica area, something lacking while the mall was under construction.

“Since the remodeling of the mall, the closest place for Charles David customers on the Westside was Century City. We now can conveniently service our customers who live close to the beaches, such as Manhattan, Malibu, Santa Monica, Venice [and] the Palisades.”

The mall renovation is the most significant one that has occurred since Santa Monica Place was built in 1980, said Anne Singleton, VP of leasing for property owner and developer Macerich.

The new design will feature retail shops on the first and second floors, with restaurants, a food court and outdoor seating on the third level.

While the full roster of stores has not yet been released, the 550,000-sq.-ft. space will include Seven for All Mankind, Barneys Co-op, Charles David, Coach, Kitson, Nike, Nordstrom, Michael Kors and Tory Burch. In all, the mall is expected to house 90 to 100 tenants, including restaurants, food vendors and kiosk operators.

Singleton said the mall would offer a retail mix that mirrors larger social and economic trends in the marketplace, balancing high-end and more moderately priced retailers and presenting a wide range of labels, from fashion streetwear to luxury designers.

“This was always our strategy, and now the [downturn in the] economy has given women an excuse to shop that way and not be secretive about it,” she said.

Footwear, Singleton added, will play an important part across all price points and fashion categories at the shopping center.

As for the timing of the mall’s debut, Singleton said she is encouraged by the response to CityCenter in Las Vegas.

“Based on some of the success we hear out of Las Vegas, our timing seems to be good,” she said. “We’re opening in the middle of the tourist season in Santa Monica, so everything points to a successful opening.”