Sanita Steps It Up 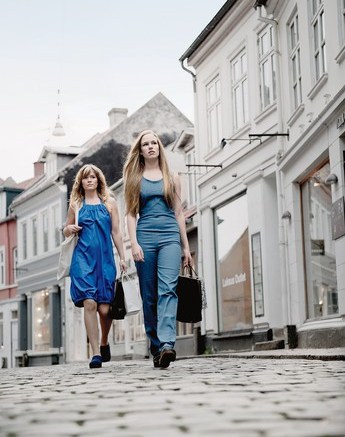 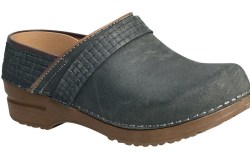 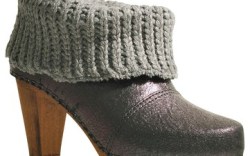 Century-old Danish brand Sanita is starting anew in the U.S. With a restructured management team and a fresh product offering, the company is on a mission to shed its comfort persona and become a player in the fashion market.

“We want [consumers] to look at us as a global footwear brand and not just a clog house,” said Sonia Alexander-White, recently named marketing brand director for U.S. subsidiary Sanita Clogs Inc., noting that the Sangria series, launching this fall, includes a broader product range of unit-bottom casuals and boots. The company also hopes to take advantage of the clog trend, which lit up fashion runways for fall.

Sanita is no stranger to American consumers, though. The company has been selling cement-construction polyurethane and wood-bottom shoes here since 2002. And after the termination in 2008 of its long-standing licensing agreement with fellow clog maker Dansko, Sanita began marketing its stapled, flexible clogs for the U.S. market.

But while Sanita has had a limited product assortment in the U.S. until now, sales here remained strong, accounting for 35 percent of global returns. Overall, the company saw an uptick in sales of 33 percent for the first quarter of 2010 compared with 2009, said Alexander-White. According to newly appointed President Bill Taylor, the company anticipates a 25 percent to 30 percent increase in business over the next three years.

“There’s a good opportunity for us in fall ’10,” said Taylor, formerly national sales manager, who explained a key initiative is to expand department store distribution in accounts such as Bloomingdale’s and Lord & Taylor. “They’re a target for where we’re going with our line extension in both new polyurethane and wood [styles]. They like the story of authenticity. They compare us to Michael Kors, Prada and Chanel, but we have a natural, authentic Danish look that’s more organic. They like that it sets us apart.”

Alexander-White said that although Sanita doesn’t compete with designer lines, she isn’t ready to dismiss the ripple effect from high-end brands. “The [clog] trend won’t hurt,” she said. “[However], wood [is viewed] as a luxury. For consumers, Sanita is a safe choice. It’s about quality and craftsmanship. There’s lots of loyalty from our polyurethane heritage. Consumers trust the comfort.” Price is also a factor: Sanita’s fall ’10 wood-bottom styles cost $110 to $275.

Traditionally appealing to mature women, Sanita has recently attracted more younger customers, said Alexander-White. “It’s shifting already,” she said, adding that 25-year-olds have been buying the wood-bottom looks, a trend she anticipates will continue with the new Sangria line. “Consumers are dictating how our business is being driven.”

To better connect with the American consumer, Sanita is relocating Anne Konge, its newly named global designer for the classic polyurethane looks, from Denmark to the company’s Temecula, Calif., headquarters. Her first Sanita designs will be unveiled for spring ’11. “Anne will be bringing color into [the collection], not just black and browns,” said Alexander-White. “There are new textiles. She wants to add authenticity with uniqueness.”

At Clogs-N-More, a Portland, Ore.-based retailer, buyer and GM Shannon Clock said several younger customers have been picking up Sanita’s original polyurethane styles. “The cushion of the polyurethane absorbs the shock of walking, while the arch support keeps the body in alignment. While we sell the clogs mostly to people who work on their feet, such as nurses, wait staff and retail employees, we’re starting to see younger and younger people liking the chunky and funky styles coming out this [fall].”

Alexander-White is counting on the popularity of Sanita’s polyurethane bottoms to help grow the brand’s wood business in the U.S., noting that these looks offer similar comfort features and benefits. Wood bottoms, she explained, provide support, help align the spine and reduce fatigue. But the company still must overcome the misconception that wood is heavy by showing customers that they are soft and feature arch support. “People who are driven by comfort think the only thing good for them is a [polyurethane bottom],” Alexander-White said.

At Hawley Lane Shoes, a retail chain based in Shelton, Conn., owner Dave Levy said the store ordered some wood-bottom styles this spring, but will offer a larger assortment for fall. In fact, said Levy, the store will showcase the brand in a concept area in its Shelton location. “There’s lots of talk about wood,” he said, “and [Sanita’s] novelty looks are great.”