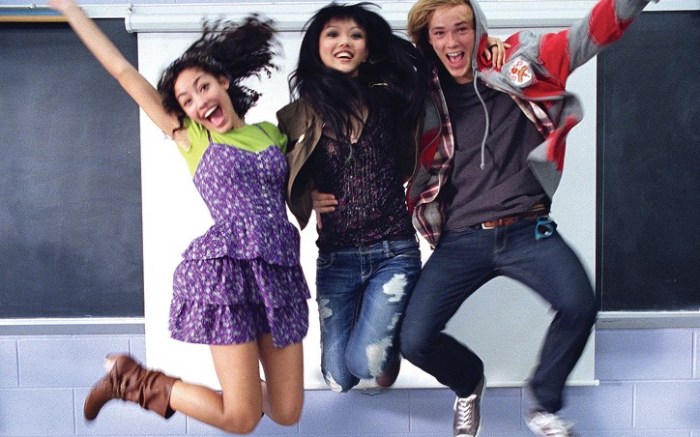 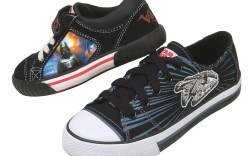 NEW YORK — Retailers’ expectations for the back-to-school season are mixed, with some predicting flat sales growth and others anticipating a double-digit increase. But one thing is for certain: They’re pulling out all the stops to draw consumers into stores.

“Second to the holiday season, there’s simply not a more important time for us,” said JCPenney spokeswoman Kate Coultas.

E-tailer Onlineshoes.com is upbeat about the season and is betting on trend-right product to attract shoppers.

Leech said the site has seen solid growth this year that has more than made up for the challenges of 2009.

Chuck Schuyler, president of the National Shoe Retailers Association, said “sales will definitely be up, based partly on the fact that independent retailers’ year-to-date sales are very good.”

And most independent retailers told Footwear News they were cautiously optimistic for b-t-s.

Kirby Lohff, president and CEO of Olly Shoes, anticipates a good season because “there are so few times a year when retailers can keep their margins up, and b-t-s is one of them.

“A mom has to be able to purchase shoes for her child at b-t-s,” he said. “This year she’s going to be looking for multipurpose shoes — styles that can be both dressy and casual, or athletic and casual, and of good quality, so the investment lasts.”

He also added that year-to-date sales are up double digits over last year, and he expects the momentum to continue through b-t-s and into the back half.

David Zaken, owner of the David Z stores in New York, predicted this year’s b-t-s sales will increase 10 percent to 20 percent, in part due to an uptick in European tourist traffic.

“The euro is still 30 percent higher than the dollar, so that will contribute to [higher takings]. And I’m trying to concentrate on youths because they are the ones who are still spending,” said Zaken.

Sportie LA owner Isack Fadlon is optimistic, thanks to his fashion-forward product mix.

“The styles for kids have really advanced in the last few years. There is a lot more infant-specific or juniors-­specific product, and all are very trendy and very hip,” said Fadlon, adding that he is upbeat about new offerings such as the co-branded Converse and Dr. Seuss collection.

Based on data collected by Big Research, NRF pegs total spending on children in kindergarten through high school at $21.35 billion this year — and $55.12 billion including college expenditures.

But not all retailers were as upbeat about the season.

“I wish I could say I was optimistic, but I’m not,” said Bruce Kaminsky, owner of Big ’n’ Little Shoes in Chicago. “It’s not easy selling kids’ shoes. You’re selling to two customers: the kid and the mother. Plus, kids used to have a different shoe for every purpose. Now, each shoe has to be multipurpose.”

Mehran Esmaili, owner of San Francisco-based Shoe Biz, reported that his year-to-date sales are up 14 percent from last year, but he fears lackluster performance in the back half of the year will drag down that figure.

“People are buying what they can, when they can, and I don’t think b-t-s is a driving factor anymore,” he said.

Moreover, customers must still be coaxed to spend, said analysts, especially after consumer confidence fell in June, when same-store sales at teen retailers were mixed.

JCPenney is kicking its social media and mobile marketing into high gear to lure teens into its stores. For the first time, the retailer will use “haul” videos, in which consumers assess product, and mobile iAds — moves that signal Penney’s determination to capture a bigger share of the youth market.

Macy’s is drawing in shoppers by hosting spelling bees with scholarship prizes in 30 cities, offering capsule collections designed by celebrities and installing Kinect for Xbox 360 gaming stations in more than a dozen key locations.

On the product front, the department store is debuting more exclusives, including its highly anticipated Material Girl line with Madonna.

Over at Payless ShoeSource, this year’s b-t-s program includes extended sizing on about 50 children’s styles, 20 key styles available for less than $10 and a cross-promotion with OfficeMax whereby Payless shoppers can get

The Stride Rite brand has rolled out an extensive range of new designs to “get kids excited about going back to school,” said Rachel Panetta, director of brand communications for Stride Rite Children’s Group. Among those is the first installment of the “Star Wars by Stride Rite” collection.

“It feels like retailers are working really hard to drive consumers into the store. We’re seeing b-t-s marketing about two weeks earlier than we have in several years,” said Morningstar analyst R.J. Hottovy.

While it is still uncertain how retailers will perform, insiders said back-to-school will be an important gauge of how the rest of the year might go, because the season has stretched beyond just August and September, said NSRA’s Schuyler.

He concluded: “By looking at it that way, it definitely says something about fall sales.”