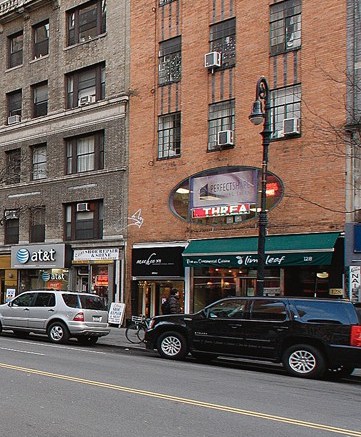 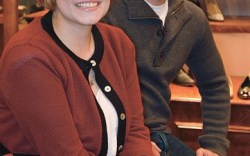 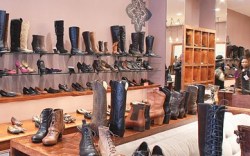 Michael O’Donnell, owner of Tani, is feeling good about business. His two stores on Manhattan’s Upper West Side have been ringing in strong sales since the start of the year and even ended 2009 on a high note.

“We had a great end to the year,” said O’Donnell (at left, with buyer Lauren Durgin). “To me, fall 2008 was when things were really rough, but after that, we made a lot of changes and were really careful with the buying. We were on top of everything.”

Since opening its doors in 1995 on Broadway (and bowing another location on West 72nd Street in 2000), Tani has become a shoe destination for younger New Yorkers. Now that the economy appears to be recovering, O’Donnell and Durgin have set their sights on expanding the business further. The duo plans to launch e-commerce by year’s end and are also considering another location. “Downtown,” quipped Durgin. “It’s time to expand beyond the Upper West Side.”

THE RIGHT MIX
The store — which stocks about 60 percent women’s product and 40 percent men’s— offers many established brands, but is perhaps better known for bringing in labels that aren’t yet mainstream.

“We carry a lot of brands that you won’t find anywhere else,” said O’Donnell.

While both stores offer a range of product, the Broadway location runs an average price point of about $100, with boots going up to about $200. The 72nd Street stocks slightly higher price points, around $250 to $350.

CUSTOMER CONTROL
When New York is your customer, targeting a specific consumer is hard, said Durgin.

“Our customer is basically New York and even people in the [suburbs of] New York,” she added. “We have people that come to the stores from Carroll Gardens in Brooklyn, [about an hour-long subway ride away], and they say they come because we’re their favorite shoe store.”

The customers differ slightly between the two stores, said O’Donnell. While Durgin and O’Donnell don’t directly target a teen customer, younger, fashion-forward New Yorkers frequent the Broadway store for on-trend styles from Seychelles, Jeffrey Campbell and Something Bleu. Customers with higher budgets may shop the 72nd Street store for brands like Aigle and Coclico. Both locations are also hot spots for European tourists, added Durgin.

PROMOTIONAL STRATEGIES
“We didn’t go on sale until Jan. 15,” said O’Donnell. “We were lucky that we didn’t have to do much promoting this season.”

In an effort to sell items at full price, the sales associates are trained to do just about anything for the customer. “If we run out of a size or a style, we’ll do our best to help that customer so we don’t lose the sale,” said Durgin, adding that such an approach is more important than ever now that customers have cut back on shopping.

And though the stores haven’t held many in-store events lately, Durgin said she hopes to organize trunks shows this year. “It’s great to do that kind of thing because it gets people excited,” she said. “That can only help business.”

FACING CHALLENGES
Discounting continues to be an issue for independent retailers, said O’Donnell.

“Last year was particularly tough with some of the department stores giving things away and the media telling people to wait until [items were 50 percent off],” he said.

The rise of online shopping has also upped the competition dramatically, added Durgin.

“Our competitor is any shoe store that can be researched online,” she said. “Today, people have everything at their fingertips.”

Tani also faced another big challenge last year — one that has been a common problem for many New York shops: scaffolding. Independent retailers have little to no control over construction plans for the city’s buildings, and Tani’s Broadway store suffered slightly when it was shielded from view last winter.

“When people have to walk through [that], they don’t look around, they just move through quickly,” said Durgin.

Luckily for the store, the scaffolding came down last May. “As soon as it [was gone], we were back to business [as usual],” said O’Donnell.

FEEDBACK
“[Tani] was one of our very first New York retailers,” said Marty Rose, agent and distributor for All Black. “Today, I affectionately refer to them as my New York showroom because they have more styles from us than any retailer [in the city].”

Rose cited the relationship between Durgin and O’Donnell as part of the stores’ success. “They’re both real trendsetters, and [Durgin] pushes [O’Donnell] to get into the less traditional styles,” he said. “[Competitors] go to Tani to see what brands are trending and what’s going on. Everyone goes there to see what they’ve got in their stores.”

Pour La Victoire sales rep Noelle Buccino added, “Michael and Lauren pair both creativity and practicality [in their buying]. Their focus is to offer their customers a wide selection of premier shoe brands ranging across the board, all while giving a sense of lifestyle appeal.”

THE UPPER WEST SIDE SCENE
Neighborhood vibe: Manhattan’s Upper West Side is home to many big-box stores, independent retailers and residential buildings, and can be accessed by multiple bus and subway routes. Restaurants and shops are scattered throughout the neighborhood, which is also an entertainment hub thanks to Lincoln Center in the West 60s and the Beacon Theater in the West 70s.

Competition: The list of shoe stores near Tani’s shops is long. Competitors include Tip Top Shoes, Sacco, Harry’s Shoes, Verve and chains such as Aldo and Aerosoles.