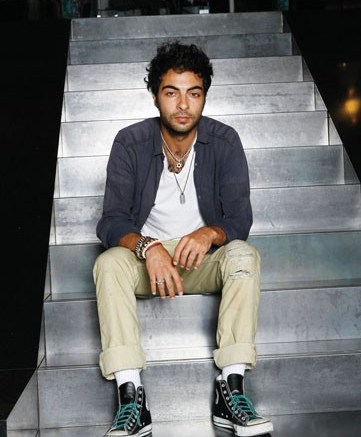 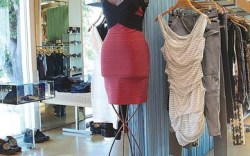 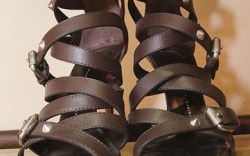 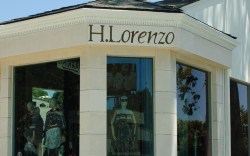 “We’re moved by the fashion industry and by what designers are doing, and that goes into the entertainment industry, not the other way around,” said Hadar (at right). “We’re very entrenched in what’s going on in the fashion world, and that filters through to them.”

H. Lorenzo has served as one of L.A.’s hottest destinations for designer shoppers since the mid-1980s. Hadar’s father, Lorenzo Hadar, opened the store to carry high fashion with limited availability, and it continues to attract a wide-ranging roster of celebrity clients and stylists. While Hadar was hesitant to reveal his celebrity clientele, he said there is virtually no name of note that has not shopped the store (he did slip names such as Rod Stewart, Usher and Kanye West). And the store continues to expand its scope.

Ten years ago, the single location on the Sunset Strip was divided and expanded to include a dedicated women’s store. A year-and-a-half ago, a women’s shoe shop was added a few doors down, as well as a store on Robertson Boulevard, called H.L.N.R. Two months ago, the company launched a new Web business that is already bringing in customers from around the globe.

Footwear continues to play a crucial role in the company’s business, making up about 15 percent of total sales.

Filling H. Lorenzo with flashy, fashionable shoes is an endeavor that takes some globetrotting. Hadar scours the runways of Europe and Asia — not to mention showrooms of up-and-comers — to find cutting-edge styles. For women, bestsellers include Ann Demeulemeester, Balmain by Giuseppe Zanotti, Camilla Skovgaard, G.V.G.V. and Haider Ackermann. In men’s, Augusta, Kris Van Assche and Raf Simons top the list. These days, the stores are also filled with many Japanese designers, including Julius and Aato.

“We’ve really veered toward a lot of Japanese designers,” said Hadar. “That’s really what is the most exciting trend in the fashion world right now.”

Price is no object when hunting for shoes, which generally retail from $300 to $3,000. But Hadar said the secret to his buying is to remain true to H. Lorenzo, rather than simply fill his stores with hot-off-the-runway items. “You have to have your own vision within what the designer and the trends give you, instead of just following what else is going on,” he said.

Unlike other L.A. fashion hubs, which often have an air of pretentiousness, Hadar said his staff strives to be very open and personable with all customers, from walk-ins to rock stars. “I don’t like going into a shop and feeling uncomfortable, so we’ve really tried to make everyone comfortable,” he said. “We enjoy working with our clients and helping them evolve their styles.”

Store staffers take notes on the personal styles of regulars to help them find just the right look.

“A lot of our celebrity clients actually come in here themselves, whereas they might send their stylists somewhere else,” he said.

In May, Hadar launched a new website with e-commerce. Admittedly, he said, the store is late to jump into e-tailing, but it was important to him to develop a comprehensive site filled with content such as designer interviews and a blog, in addition to shopping capabilities.

Plus, Hadar added a special feature that is already spurring orders — the ability to order straight from the runway. “We have a preview section, where you can actually pre-order items,” he said. “[Customers can] put down a deposit on certain pieces months in advance, so those who are really big fans of a designer [can] get it before anyone else.”

The store features a minimalist design with exposed wood ceilings and floors. Shoes are generally displayed on the floor beneath racks of clothing organized by designer.

But merchandising is always a work in progress for Hadar because the look of the store evolves each season. “The great thing about our stores is that they’re quite changeable,” he said. “In the women’s store, you can actually move the walls around so it can look totally different.”

The economic slowdown has certainly cast a gloom over sunny Los Angeles, and Hadar said that walk-in traffic has declined. “[The recession] has affected our day-to-day traffic,” he said. “The everyday customer who would just happen to be walking by [disappeared].”

But the times haven’t impacted sales. In fact, Hadar said spring ’10 sales are up roughly 30 percent year-over-year, thanks to a loyal and affluent clientele who view the store as a destination.

“Our [primary] customer base really hasn’t changed. They’re at a certain income level where I’m not sure they’ve been as affected by the economy as the majority of Americans have,” he said.

“H. Lorenzo is a perfect home for Camilla Skovgaard as we continue to build the brand’s presence in the U.S.,” said Angelique Thompson, director of sales for Camilla Skovgaard. “[The brand] is in great company alongside other leaders in women’s designer apparel and accessories.”

Designer Jean-Michel Cazabat said he likes that his edgier styles are appreciated at the store. “I do a lot of studs and glitter and sequins, but with nice taste and more rock-oriented, and it works there,” he said. “They always pick some of my favorite shoes.”

Customer base: Fashion fanatics, musicians and entertainment industry execs come for edgy, fashion-forward looks that can’t be widely found elsewhere in the city.

Competition: Given the exclusivity of the store’s collections, Hadar said he doesn’t have direct competition, though his customers also likely shop at places such as Maxfield and Fred Segal.