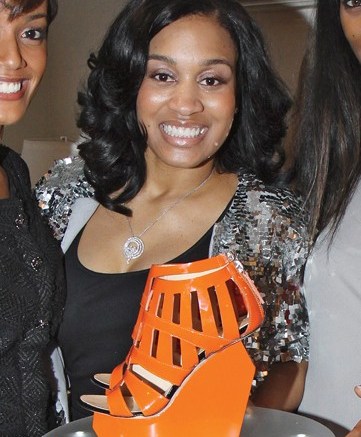 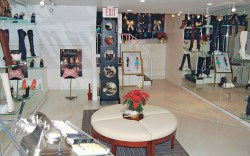 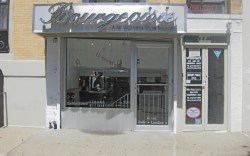 After trading in a job at a record label, Rashidah Ali found her calling in retail.

In 2007, Ali decided to pursue her childhood love for fashion and footwear, opening the high-end women’s shop Bourgeoisie Shoes in New York’s Harlem neighborhood. The store’s luxury mix and intimate setting is a rarity in the area, and being different has generated positive buzz and a strong celebrity following. Now, at just 26-years-old, Ali is gearing up to open a second location in Atlanta.

“I knew it was important to tackle as many demographics as possible,” said Ali. “I’m getting the knowledge from Bourgeoisie and bringing it to Atlanta.”

The new store, B Chic Shoetique, is set to debut this weekend with a charity event hosted by Academy Award-nominated actress Taraji Henson and benefiting My Sister’s Keeper Foundation for Women. Ali is confident about the launch of the 1,300-sq.-ft. space, which fills a void in the city for stylish, luxury footwear. B Chic will carry slightly lower-priced brands than the Harlem store, including House of Harlow, L.A.M.B. and Badgley Mischka.

“It’s a great market. There are a lot of women shoppers and professionals in the city,” said Ali. “We’ll do great sales. I have high expectations.”

THE RIGHT MIX
Bourgeoisie Shoes is stocked with luxury footwear brands such as Stuart Weitzman, Devi Kroell, Gianmarco Lorenzi, Barbara Bui and Georgina Goodman (as well as a small selection of handbags). Prices range from about $350 to $1,500, and this fall, the retailer will expand its selection of Christian Louboutin and will welcome Alexander McQueen for the first time.

Best-sellers at the store include Casadei and Giuseppe Zanotti. “They are both household names. The [product is] comfortable [and made for] young and fashion-forward movers and shakers,” said Ali.

To find inventory, Ali frequently attends trade shows and is constantly in communication with designers. But she also is careful about over-buying. “That was embedded in me from the beginning,” she said, “and we’ve stayed pretty consistent with limited size runs of shoes.”

PROMOTIONAL STRATEGIES
At the end of every season, the store offers a special sales event, where selected merchandise is marked down to $250 and guests are served hors d’oeuvres, wine and champagne. Ali also is known to make the most of her networking abilities, often hosting in-store power brunches with a guest chef and about 12 of the “most fashion-forward women in the city” — usually a mix of clients, acquaintances and friends.

She is active on social websites, with a presence on Facebook and Twitter, where she often posts a shoe pick of the day, as well as new arrivals. Ali said the networking sites have helped increase traffic at the store, as well as her own website.

“[Our website] has a tremendous impact,” she said. “It’s probably half of the business, including a lot of [customers] from other countries who aren’t able to get to the store.”

“It has been great when they blog, when they wear the shoes and when there are photographs of them leaving the store,” said Ali. “People have a tendency to trust celebrities and what they think.”

Ali has even developed her own following through her work at the store, and has been asked to work as a stylist at photo shoots and events for musicians such as Alicia Keys and Cassie.

BY DESIGN
Robin Harmon-Myers of Harmony Designs helped create the 1,400-sq.-ft. Harlem store, which has an “over-the-top, fabulous” look with white furniture, white porcelain tile flooring and crystal accents, according to Ali. She added that the store, which reflects her personality, is “very clean, very classy and very luxury.”

FACING CHALLENGES
Due to the quiet retail location, Bourgeoisie Shoes has struggled to survive solely on foot traffic. Only about 20 percent of the store’s customer base comes from neighborhood shoppers. As a solution, Ali has turned to grassroots marketing, social networking and advertising to generate business.

“Many of my clients are from word-of-mouth. That has been consistent since opening Bourgeoisie,” said Ali. “I’ve been blessed that [word-of-mouth has] paid a positive, influential role, especially with the support of the community. To capitalize, it’s key to consistently provide exceptional customer service. That [has kept] people coming back.”

FEEDBACK
Georgina Goodman has been working with Ali since 2009, when the store first picked up its spring collection.

“As a designer, Georgina takes much of her inspiration from her friends and family, which fits perfectly with Rashidah’s concept of creating a boutique catering to the desires of the amazing women she knows and loves,” said B.J. Cunningham, company director for Georgina Goodman. “We started small with strength and depth in the selection Rashidah made, and that concentration and focused attention has allowed us to grow substantially together.”

Customer base: “We have a really wide customer base — celebrities, everyday working women, party girls who love the embellishments and conservative church girls,” said Ali. “I try to have something for everyone.”

Competition: A number of athletic retailers, including Atmos NYC and Foot Locker, as well as Aerosoles and Marshalls, are all nearby; however, Harlem does not have any other high-end shoe boutiques.