Retail Mixed for Back Half 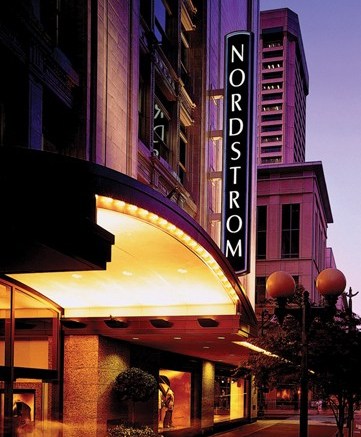 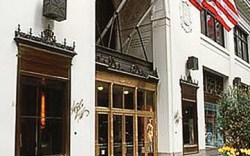 NEW YORK – In the face of new economic headwinds — including lower consumer confidence, falling home sales and still-tightening credit — retailers are marching ahead, albeit at varying paces, for the rest of the year.

Department store execs said last week they expect the footwear category to remain a bright spot, while independents were more guarded in their fall outlook.

Lord & Taylor is targeting double-digit growth in its footwear segment for the second half, said EVP of merchandising Liz Rodbell.

“Our shoe business has been really strong. We had a terrific fall and great performance this spring, and we believe it will continue,” she said. “What has helped to fuel the growth is really focusing on trend merchandising and having the right brands.”

Nordstrom said it is “cautiously optimistic” about its results going forward after enjoying nine straight months of comparable-store sales increases.

“Footwear, which represented 22 percent of our total sales in 2009, continued to be a highlight last month. And our overall shoe business has been pretty resilient these past couple of years,” said Nordstrom spokesperson Colin Johnson, who also acknowledged that the retailer would be facing tougher comp-store comparisons on the back half.

For chains and independent retailers, however, the rest of the year is even more uncertain. Not only did the Consumer Confidence Index fall 10 points in June after having risen for three consecutive months, but affluent Americans also tightened their belts.

“I’m worried that consumer confidence fell,” said Tarek Hassan, co-owner of The Tannery stores in Massachusetts. “Most of retail happens in the second half of the year.”

Hassan said he is banking on boots to drive sales this fall. “We got an early read on certain trends and brands, and have increased our buy by more than 20 percent from last fall. We hope that translates into a similar sales increase.”

Other retailers reported they will continue to manage inventory carefully, citing boots from Frye, Hunter and Ugg Australia as key product.

“We’ve seen nice growth so far this year and we’re hoping and planning for it to continue,” said Danny Wasserman, owner of Tip Top Shoes in New York. “But it comes with constantly adjusting the inventory. That means having the right thing at the right time — more so than ever.”

Todd Kirssin, DMM of the DTLR chain, agreed that hitting the trends is crucial.

“We do much better when there’s a lot of fresh product out there,” he said. “Vendors are getting more on-trend for October through holiday. We’re pleased with that lineup, which includes higher-priced and better-grade boots.”

Kirssin noted that his company, which has stores across the East Coast and Midwest, had a strong first quarter, thanks to consumer tax refund money, but then sales fell off for the second quarter.

“For back-to-school, it will be OK, but it’s going to be flat to very nominal growth,” said Kirssin.

According to Thomson Reuters, which tracked monthly sales of 28 leading chains, same-store sales may have come in under Wall Street’s expectations, but they still rose 3.1 percent — a positive reversal from the 4.9 percent drop over the same period a year ago. And sales at clothing and accessories stores also increased 0.6 percent in June to reach $18.2 billion, the U.S. Commerce Department announced last Wednesday.

“It’s such a volatile environment, so retailers and vendors have to watch if other businesses are getting softer,” said Jeff Van Sinderen, an analyst at B. Riley & Co.

Still, he said, “unless the economy falls off a cliff in the second half of 2010 and people freeze again as they did at the end of 2008, companies that are already well-positioned are going to continue to do well. In any case, I’d be a little more cautious on apparel versus footwear going forward. There’s a lot to be said for the fact that ladies can buy shoes and change a whole outfit without actually buying new clothes.”