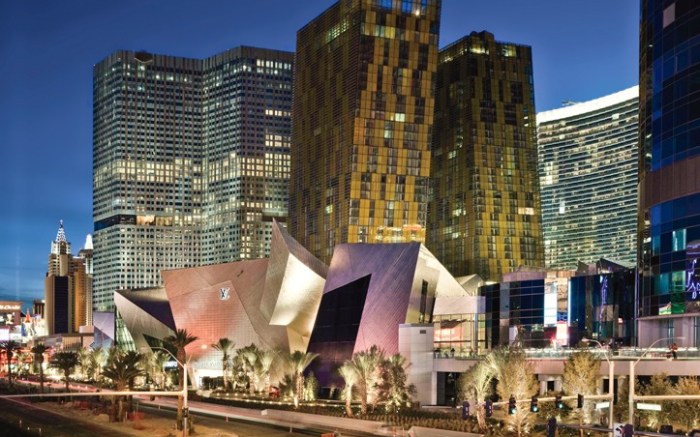 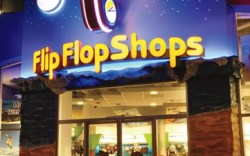 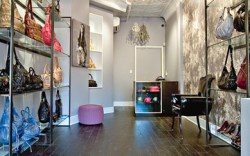 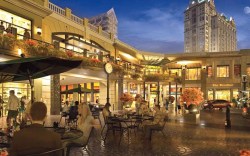 Crystals Shines
When economic woes stalled the multibillion-dollar CityCenter development last year, the project’s fate was feared to be doomed. Since opening in December, however, the center’s Crystals shopping area has been a boon for luxury retailers that have set up shop there. The 500,000-sq.-ft. retail destination, designed by Studio Daniel Libeskind, already boasts a number of high-end tenants, including Tom Ford, Lanvin, Miu Miu, Carolina Herrera, Hermès, Louis Vuitton, Marni and Paul Smith. This year, Prada, Ermenegildo Zegna and Gucci, among others, will join the roster.

For his shop, Paul Smith pulled out all the stops, constructing an elegant, 3,000-sq.-ft. space featuring luxe materials including limestone, red travertine and wood block flooring. The designer also peppered the store, which stocks men’s and women’s apparel, footwear and accessories, with books and other trinkets.

“Of course we were apprehensive about the timing because the project had started many months before [the economy crashed],” Smith told Footwear News. “Although many of the stores are not yet open, I am pleased to say our sales have been really good, along with the amount of people coming to the store.”

Flipping Out
Flip Flop Shops is betting even bigger on Sin City.

CEO Darin Kraetsch confirmed that the Atlanta-based company, which operates 14 franchised stores, is actively considering locations in Las Vegas’ Fashion Show Mall as well as a casino option for a 2010 opening, although no leases have been signed. Flip Flop Shops bowed its first store in the city last June in the Shoppes at Mandalay Place, and its success has motivated the retailer to expand its footprint.

“The [Mandalay] store has achieved more than half a million dollars in its first six months,” Kraetsch said. “Flip-flops are a very fun, inexpensive pleasure. And people are unbelievably passionate about them.”

The second Las Vegas store is only the beginning of Flip Flop Shops’ busy agenda for 2010: Kraetsch revealed that the company plans to open an additional 40 doors by year’s end.

Opening Again
Opening Ceremony, a hotspot for the fashion obsessed, will debut its second New York location this month. Located in the Ace Hotel, the store occupies a 1,500-sq.-ft. space facing Broadway and will feature menswear and women’s wear on separate sides. In addition to its usual ultra-trendy assortment of footwear from brands such as Slow & Steady Wins the Race, Alexander Wang, Chloé Sevigny for Opening Ceremony and Bernhard Willhelm for Camper, the shop will stock everything from apparel to toothpaste to condoms.

Nolita Newcomer
Botkier last month celebrated the opening of a new boutique on Mott Street in Nolita. Monica Botkier, creative director of the brand, collaborated on the store concept with interior designer Valerie Pasquiou (who also oversaw the renovation of Botkier’s Brooklyn brownstone), incorporating such elements as a dark wooden floor and decorative tin ceiling. The idea, Botkier said, was to create a clean, modern space with a downtown vibe.  “I was looking [for locations] for the past two years, focusing on the Meatpacking District and Soho, but the spaces were so huge and it didn’t really make sense for our brand. I wanted more of a boutique feeling,” Botkier said. “As a born-and-raised New Yorker, I felt that Nolita still retains a sense of an old New York neighborhood.”

Setting It Straight
H&M received harsh criticism last month from New York media after pedestrians found bags of slashed, unused clothing and shoes outside several of its Manhattan stores. The company has since apologized for the allegedly unauthorized behavior and posted a statement on its Website last month, citing the various charities to which it is committed to donating unsold inventory, including the Red Cross, Helping Hands, UNHCR and Caritas.

Too Fewer
Plaza Too has shuttered two of its shops. The lease on its Upper West Side location expired on Dec. 31, and the retailer decided not to renew, according to owner Tom Mendes. The company also closed its shop in Westport, Conn., but offered no further details.

Hitting the Streets
Streets of Buckhead, a luxury mixed-use development from Ben Carter Properties, is scheduled to open this spring in Atlanta. Although, according to recent news reports, the project likely will be delayed due to funding issues.

Plans call for more than 500,000 square feet of retail space, 14 high-end restaurants, high-rise residences and a hotel. Retailers that have leased space within the development include Oscar de la Renta, Bottega Veneta, Etro and John Lobb.

The new John Lobb store will reside in a 900-sq.-ft. space next to the Hermès shop at the intersection of Buckhead Avenue and Bolling Way. In addition to shoes, Lobb will stock men’s accessories such as belts and small leather goods. A made-to-measure custom fit service will be available to clients.

On Delay
Another multipurpose luxury center is awaiting it’s fate. Prospect Park in Alpharetta, Ga., was scheduled to open its doors this coming May, but a spokesperson from the project’s developer, Thomas Enterprises, confirmed that the center has been delayed with no firm opening date set.

Once completed, Prospect Park is slated to feature 750,000 square feet of retail space, a hotel, luxury condos, multiple high-end restaurants, 250,000 square feet of office space and a 75,000-sq.-ft. multiplex cinema. According to the spokesperson, negotiations with prospective tenants are under way for approximately 60 percent of the retail space.