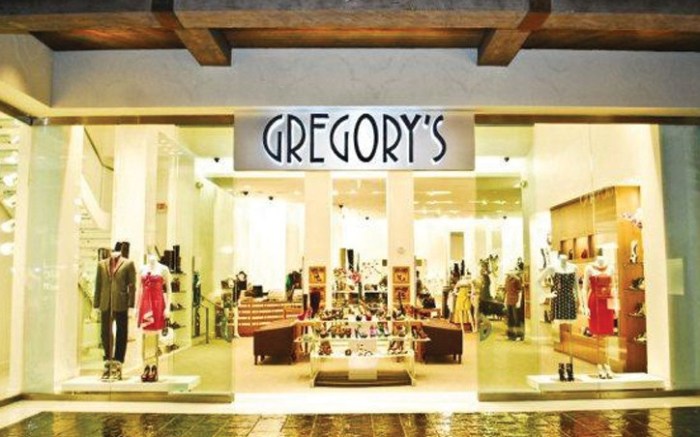 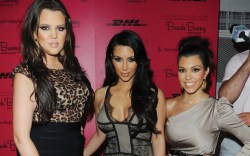 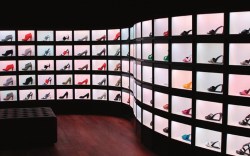 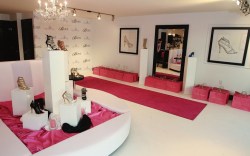 Betting on Vegas
While the Las Vegas retail market has been hammered by the recession, it’s showing strong signs of recovery. New stores are popping up, and people are showing up. To find out what local retailers are banking on to draw customers, Footwear News checked in with Russ Joyner, EVP and GM of Miracle Mile Shops at Planet Hollywood, where Skechers will open a new 3,000-sq.-ft. store later this fall.

FN: How would you describe the overall retail environment in Las Vegas right now?
RJ: It’s stable, with a series of overachievers and success stories. Certain categories, [such as luxury footwear], have their work cut out for them, and the market for mid-price points is performing better than average or better than expected. Certainly, at Miracle Mile, that is what we’re seeing.

FN: What strategies are retailers focusing on?
RJ: Matching the price point to demand, looking at trends and focusing on current results as opposed to maintaining a concept that is two to three years old. Whether it’s promotions or incentives, or utilizing social media to get people to maintain a top-of-mind perspective, [retailers] are getting more creative with advertising. All the tricks of the trade are coming into play.

FN: Is the economy truly in a recovery stage?
RJ: The term that has been widely used is cautiously optimistic, and we have experienced these results. Our traffic numbers have been up about 8 percent over last year. We’re averaging about 64,000 people a day.

Texas Three-Step
Gregory’s took the store out of Texas. The retailer, which operates high-end boutiques in Dallas and Houston, opened a new location in Las Vegas in February. According to owner Jon Harris, the 9,600-sq.-ft. shop, located in the Venetian, is off to a running start. “The atmosphere in Vegas is great,” Harris said. “We’ve seen steady sales increases of about 20 percent every month.”

The shop also has quickly garnered a celebrity following, with everyone from Mariah Carey to Celine Dion stopping in, and has become known for its large selection of designer footwear adorned with Swarovski crystals. Among the collections stocked are Max Kibardin, Nicholas Kirkwood, Barbara Bui and Raphael Young.

While all three Gregory’s stores cater to a similar type of high-end customer, “Vegas might have a little bit more of a wild edge to it,” Harris said, referring to both the product mix and design of the store. The contemporary, Italian-inspired interior features lots of glass elements, a staircase to the second floor and a bridge customers can walk across.

Big Plans
Fast-fashion giant H&M is gearing up to bow its largest U.S. store in Las Vegas this fall. The 60,000-sq.-ft. space in The Forum Shops at Caesars Palace will carry men’s, women’s and kids’ clothing and accessories, and will join a lineup of roughly 160 boutiques and shops in the complex, including high-end retailers Louis Vuitton and Salvatore Ferragamo. H&M already operates two other stores in Las Vegas, at Town Square and at The Miracle Mile Shops.

Mad Dash
Building on the success of their Dash store locations in Calabasas, Calif., and Miami, reality TV stars and sisters Kim, Khloe and Kourtney Kardashian are set to debut a new concept store, Kardashian Khaos, at the Mirage next month. The boutique will sell the family’s tanning system, Kim Kardashian’s new watch line, PerfectSkin products and a variety of other items seen on their “Keeping Up with the Kardashians” show. The 1,100-sq.-ft. space was designed by Dustin Paige of Your Best Friend Interiors and features a color palette of black, deep purple and cream to create a chic, modern look. “Having a store in Las Vegas is a dream. It’s a place where we have been going for years,” said Khloe Kardashian. “We’re big fans of the shopping life in Vegas.”

Heading Downtown
Retail buzz continues to heat up in New York. Soho, in particular, stands out as a hot spot. Rag & Bone recently bowed a branded shoe shop on Houston Street, where the Café Colonial restaurant’s old kitchen used to reside. The shop retained some of the space’s original features, including the blue-and-white tile floor and the kitchen wall tiles. The apparel area has a separate entrance, where the restaurant seating once was. Designer Alejandro Ingelmo also is prepping to open his first location in the neighborhood. The 800-sq.-ft. store, which resembles an old cobbler shop, will house Ingelmo’s full collection of women’s shoes and an exclusive line of sneakers. “I knew I wanted to be in the area. I live in Soho, and the women who live around here are my customers,” said Ingelmo. “It gives me the opportunity to interact directly with [them].” In addition, United Nude recently moved into the area, opening an 1,800-sq.-ft. flagship (above) on Bond Street in May.

Chic Entrance
Atlanta’s Lindbergh Vista shopping center welcomed high-end retailer B Chic Shoetique last month. Owner Rashidah Ali, who also runs Bourgeoisie in New York’s Harlem neighborhood, hosted an opening party last month at the 1,300-sq.-ft. space, with Amber Rose serving as host. “We had a huge line of women waiting to see the store,” Ali said. “Everyone loved the shoes.” Featuring a sleek white-and-pink interior, B Chic stocks brands such as House of Harlow, L.A.M.B. and Badgley Mischka. Ali is planning cross-promotions with local businesses, as well as an event to coincide with New York Fashion Week in September.