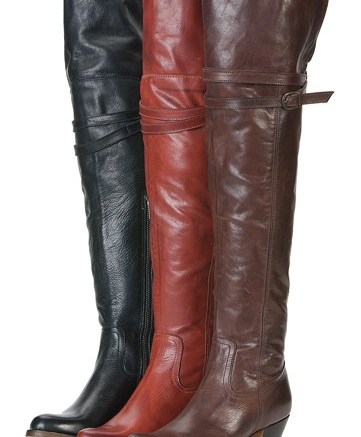 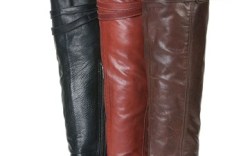 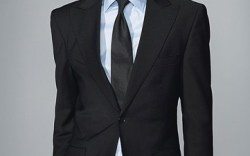 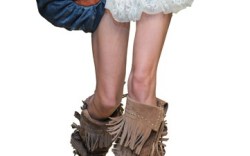 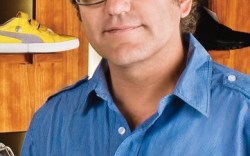 “Boots are still going to be big. Frye has a nice [offering]; [the shoes] are sturdy and priced right. People want value for their money, and that will continue. House of Harlow and Sam Edelman are both trend-driven lines that offer that value.”
— Fraser Ross, owner, Kitson (Los Angeles)

“Lace-up boots and utility boots will be a hot trend and look great from Sam Edelman and Miss Sixty. Ankle boots will be the dominant fashion boot height. Clogs also will be important. Many resources have strong styles, including Michael Kors and Coach.”
— Liz Rodbell, EVP and GMM of apparel, accessories, shoes and cosmetics, Lord & Taylor

“Folkloric details and military influences will make a major story. The tribal trend for spring will evolve into folkloric patterns and embellishments, while the safari attitude that mingled with the tribal trend will [translate to] military details.”
— Ken Downing, SVP and fashion director, Neiman Marcus

“Although high heels and platforms will still play an important role, they’re becoming less dominant. Over-the-knee boots are going to be there again, and Chloé has a large collection [of those]. We’re hoping to see Brian Atwood because he had our No. 1 over-the-knee boot last season. In colors, we’ve seen teals and purples coming in, as well as neutrals.”
— Todd Hanshaw, DMM, Wynn Las Vegas

“There seems to be demand for vintage-inspired styles, more so than ever before. Many companies are going back to their archives and reviving styles from the past. One line I’m excited about is Duckie Brown by Florsheim. They did an amazing job of staying true to their history, while still making it relevant to today with fun colors and treatments. I’ve also noticed a return to the chukka or mid-high boot, like those from Rachel Comey.”
— Courtney Rotolo, buyer, American Rag

“We’re really high on casual athletic footwear and rugged fashion boots. Creative Recreation has a fresh new line of tailored athletics and boots. Polo Ralph Lauren will continue to gain the most open-to-buy with a gorgeous new casual canvas shoe in both lows and highs. Levi’s Footwear also is gaining traction with not only canvas but casual looks. As far as traditional athletic brands, we’re still bullish on Adidas Originals and classic New Balance silhouettes.”
— Todd Kirssin, DMM of footwear, DTLR (Baltimore)

“We believe in boots, in particular military- and utility-inspired styles, such as chukkas and alpine looks from labels like John Varvatos Star USA, To Boot, Red Wing, and our own brand, Bloomingdale’s the Men’s Store. We also feel strongly about dress shoes, particularly those with some detail, like a wingtip or brushing. We have seen amazing shoes from Ferragamo, Bruno Magli and Boss.”
— Dan Leppo, operating VP & DMM of men’s dress furnishings, men’s shoes, electronics and Polo sportswear, Bloomingdale’s

“For little girls, fall is all about fun and colorful canvas. And, of course, boots, boots, boots. Tall and short styles will be huge, as well as styles with buckles, Western and riding influences, shearling and fur.”
— Catherine Ketler, girls’ footwear buyer, Famous Footwear

“We will be continuing with strong colors on classic shapes, such as brogues, loafers and slip-on wingtips. For casuals, we will have vivid suede laceups from Florsheim by Duckie Brown. The bright, bold colors of spring will evolve into rich jewel tones, such as dark-cherry, dark-green and raisin. Other directional brands we’ll be looking at include Dries Van Noten, Chronicles of Never and Vael.”
— Jared Warwick, owner, Gimme Shoes (San Francisco)

“There will be a continuation of canvas because of the price point and the selection. We’re also seeing a resurgence, even in Los Angeles, of boots. [They’ll have] a much stronger presence [in lines like] Red Wing, the Timberland Abington series, and even Nike, as well as in the crossover shoes from Clae, Creative Recreation and Dr. Martens. We’re seeing some brighter colors, but it’s mostly one tone as opposed to a bright array. Overall, it’s a cleaner look.”
— Isack Fadlon, owner, Sportie LA

“The rocker sole revolution will continue and will carry all comfort retailers in 2010. MBT is still the standard bearer, and I think they will compete well. Ryn, a newcomer at the high-grade level, looks very good, with a little firmer construction and maybe even a little finer finish.”
— Bob Schwartz, president and CEO, Eneslow, The Foot Comfort Center (New York)