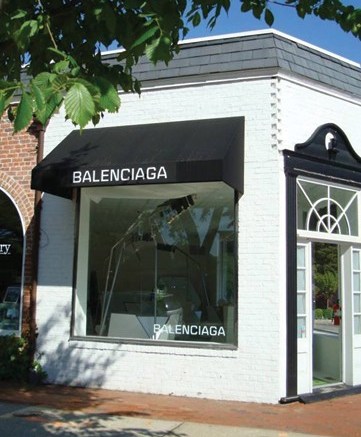 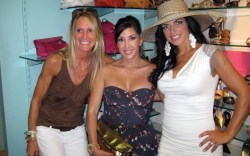 After a brutal 2009, business is starting to look up for some resort-area retailers.

Storeowners in popular vacation spots such as the Hamptons and Cape Cod are seeing improvements over last year, when the economic storm significantly dampened performance.

Bill Lawson, owner of Shoe Inn in East Hampton, N.Y., said year-over-year sales are up about 12 percent, thanks to a resurgence in tourist traffic and more confidence among locals.

“Last year was morgue-like, in that the town was quiet,” Lawson said. “Now you can see and hear the energy coming back.”

One way Lawson has built buzz is through in-store events, such as a July 24 book signing with “Real Housewives of New Jersey” star Teresa Giudice at his Westhampton location.

“The [event exposed] our business to women- who have never heard of or shopped at Shoe Inn before,” Lawson said.

However, while consumers are definitely spending this summer, they are not doing so as freely as they used to, he observed. Instead they stick with classic styles, such as Vera Wang Lavender ballet flats and André Assous espadrilles, and buy product ranging from $110 to $150, versus $298 to $325 in the “opulent days of the past.”

Gary Dworetz, who owns Sneakerology in Bridgehampton, Manhasset and Greenvale, N.Y., agreed that “while consumers are not sacrificing what they need, they now just buy one pair of it, as opposed to three pairs in the past.”

Popular kicks this summer include the Asics Kayano, New Balance 993 and Saucony Hurricane, which all retail for $140. And Dworetz said business is strongest at his Manhasset outpost, which features a special section offering exclusive styles from Nike and other hot vendors priced from $100 to $250. That store, in particular, draws a “large and affluent foreign clientele,” said Dworetz.

After falling about 15 percent in 2009 over 2008, sales at Sneakerology have experienced an uptick in the high single digits so far this summer, he added.

“My deals are double from last year,” said Faith Hope Consolo, chairman of retail leasing at Prudential Douglas Elliman Real Estate. “We’ve seen an explosion of new restaurants and nightclubs, as well as grocers. It proves that not only is the economy back but that luxury is flush.”

And while the improved economy means there are fewer vacant spaces, pop-up stores are still a popular way to test the market this season. East Hampton alone is playing host to seasonal stores by labels such as Atlantis, Balenciaga, Hugo Boss, Trina Turk and La Perla this summer. Industry chatter is that “sales [at pop-ups] are solid” and “nobody’s complaining,” said Consolo.

However, results are more mixed in vacation spots farther north. At Martha’s Vineyard, Mass.-based Aanya’s Closet, which has been open for just three months, sales have been brisk so far this summer, but owner Latika Chaibber said she’s not ready to declare the season a winner yet.

“I’m hoping August is as steady as July was, but from what I’ve heard, people are buying less than last year,” she said. So far, FitFlop’s Fiorella sandal, which retails for just $15, has been a standout at the store, helping sales in July increase over May and June.

Nicole Bilzarian, owner of The Great Put On, also in Martha’s Vineyard, was more optimistic. “Last year we scaled down our buy, but this year we’re back on course and we’re not hesitating,” said Bilzarian, whose shop carries sandals and ballet flats from the likes of Giuseppe Zanotti, Donald J Pliner and Repetto.

On Cape Cod, Shoe Salon, which sells labels such as Kate Spade, Stuart Weitzman and Diane von Furstenberg, has seen an uptick in tourists spending on higher-end product, but locals are still cautious, and middle-market labels are feeling the squeeze. “Overall, sales are level with last year. But last year was down from the year before that,” said owner Hymie Rimer.

Sentiments are equally mixed out west. Lori Harris, owner of Mary Jane’s Shoes in Park City, Utah, said her sales in May were “pretty good,” but June was down and July is tracking even. “We have good foot traffic, but for the most part, there are still much smaller purchases,” said -Harris.

In Lake Tahoe, sales, which were down about 20 percent in 2009 from 2008, are almost back to where they were, according to Serena Robb, owner of Shoe in Lake Tahoe and Reno, Nev.

“I’m ahead at both stores maybe 15 percent,” said Robb. “People are feeling more confident and are more enthusiastic about their buying. But they’re still not impulsive.”