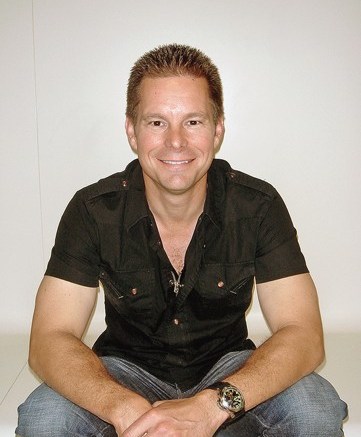 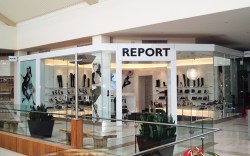 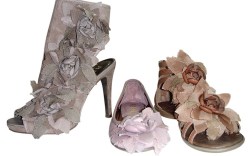 LOS ANGELES — Celebrating its 30th anniversary this year, Topline Corp. is branching out.

Last month, the firm opened its first retail unit in Bellevue, Wash., under the Report banner. And more stores are likely on the way.

“The West Coast will be a big push for us [initially],” said Topline SVP Bill Snowden. “But at some point in time, we’ll be coast-to-coast.”

The label is also flourishing at wholesale accounts.

Cary Lane, owner of his eponymous San Francisco-based store, said the brand has been a strong performer. “When we’ve had it, it sells out,” he said. “It does well for us.”

Topline’s private-label business is also surging ahead, in part due to the troubled economy and retailers’ thirst for exclusive product.

“We have more customers every year on the private-label side and it’s because they have gotten smarter and know more about what they want,” said Snowden. “For us, that opens up more opportunity.”

Snowden’s father, Bill Snowden Sr., founded the company three decades ago after a stint at Nordstrom. Today, its three divisions are Topline, which focuses on private label, trend reporting, consulting and sourcing; the Report business, including Report, Report Signature and R2; and a licensing division, which houses the Rocawear business. The privately held, Seattle-based firm has typically been press shy, preferring to fly under the radar.

“That’s probably by our design,” Snowden said. “My dad’s career was at Nordstrom before he started Topline. That’s a company that has always been a little press averse, so he learned from that and his philosophy is that he gets in, gets his work done and goes on to the next piece of business.”

FN: What have you learned from the recession?

BS: We probably assess risk differently today. We have more conversations about what happens if something doesn’t work, whereas before the conversation was always about this is how it can work. People overall are more cautious. I wouldn’t say we take fewer risks, but we take better thought-out risks.

FN: How does that play out in terms of product?

BS: The more we continue to press forward with the trends and the styling, the more success we have. The things we played it safe with ended up being what hurt us the most. So it’s actually given us a lot of courage to go out and be more open-minded. What we have found our customers saying, both from a Report standpoint and a retailer standpoint, is that if she already has it in her closet, she’s not buying it again. She wants something new.

FN: So does that mean it’s not a basics business anymore?

BS: No, not at all, but it’s not crazy either. There is a difference between crazy and fashionable. Crazy means there is usually something about it that is unsalable. Fashionable means it’s versatile and valuable and it fits in her wardrobe and the price/value relationship is good, and it speaks to the trend.

FN: How price sensitive are consumers these days?

BS: They’re pretty sensitive. We’re very concerned about going outside of where we have had success in terms of price points. Nobody has asked us to make more expensive shoes. Conversely, nobody has said they’d like us to make cheaper shoes.

FN: What are the biggest obstacles you are facing?


FN: How many branded businesses do you work with?

BS: We have about 25 customers under our Topline umbrella.

FN: What kind of work do you do for them?

BS: We have a whole design group that goes out and shops the world for trends. We come back and put together a presentation each season, and that gets updated quarterly. Then, for each [specific] business, we say, “Here’s what we think impacts your business.” We also have an unsung part of our business, which is the technical piece — the fitting and grading and lasting and quality control.

FN: What is the process like for putting together a trend report?

BS: As head of our Topline division, I, for example, shop with the designers in Europe and we canvass all the cities. Each season we have four themes. Within each theme, there are specifics as to what the ready-to-wear piece is, the materials, the components, colors, silhouettes and the timing of where it falls in the season, if it’s an early trend or a late trend.

FN: What trends are you predicting for spring ’11?

BS: One of the trends is what we called “Call of Duty,” which is our military-inspired trend that also has feminine touches. [Second is] “Anthropology,” which is really a global collection of cultures. It’s not about one culture so much as it’s about the global perspective of unique cultures. [Third is] “Modern Romance,” which, for us, is our most feminine category. It’s the girly part, the glamorous part and the feminine part of our business: flowers, ruffles and soft details. Then we have “Tropical Getaway,” which a lot of people call summer, and that’s where a lot of the color and unique materials and fabrications are. For the most part, we’re telling people that Anthropology will be the biggest over the entire spring/summer season. What you see today in windows at ready-to-wear with this military theme seems to be the one that is most advertised and most visual, but we don’t necessarily think that’s where the majority of the shoes will be purchased.

FN: What about category trends?

BS: We still feel great about flats and sandals. The wedge has been fantastic for us. [Heel] heights seem to be coming down. With boots, especially, there is so much newness in materials and fabrications and being opened up — both heeled boots and flat boots, with different shaft heights, [from] ankle boots to over-the-knee boots. When you have that much diversity in a category, it seems to bode well for longevity. We see boots as a year-round business now.

FN: Do you ever worry about giving away data that may benefit your Report brand?

BS: No. For the most part, our trend forecasting is [somewhat general].

FN: What sourcing services do you offer?

BS: From the sourcing side, we have technical teams in China, as well as in Seattle, and all they do is the grading and fitting and technical assessments, comfort assessments, pre-production and test production to make sure the shoes not only look right but are comfortable, so you don’t end up saying, “I wish I had thought of that before or else I wouldn’t have put this ornament right here.” In the sourcing piece, from the multiple factories we have in China, we can source just about any kind of product at any price point. We really offer a brand or a retailer customization and the ability to do anything — except for performance athletic.

FN: Let’s talk about Report. Why did you decide to go into retail now?

BS: It’s always been a dream of my dad’s in terms of expanding the brand. Every year we’ve talked about it as an opportunity. We finally said, “We’ve got to take this step.” We’re excited about it and we’re already looking at other locations. There is some pretty good opportunity for growth there.

FN: How many stores would you like to have?

BS: We haven’t necessarily put a number to it. It’s more a matter of making sure we’re in locations that are right for the brands. We have a couple of locations we’re looking at and we’re in discussions for other stores right now. We’ll span out over time, but we’re based in Seattle so, obviously, we wanted to open our first store in our hometown.

FN: Do brands need to have their own retail stores in today’s market?

BS: No, but because we also offer shoes in the store that we don’t have in our wholesale line, it gives us a way to expand [and test] the brand. You always learn things at retail that make you a little bit smarter than when you are on the wholesale side.

FN: Overall, do you think brands are as important as they were a few years ago?

BS: The major players are still very important to the consumer because there is a trust factor there. Like, they’re guiding me in the right direction and I’ve had success with them in terms of quality, comfort, styling and trend. If you’re not a major brand, it has become a lot more difficult today. From a retailer’s perspective, they’re looking to either do exclusive brands or private-label brands.


FN: That’s got to be good news for your private-label business.

BS: Yes, we’re actually very happy with all of our businesses right now.

BS: We’re planning on our business being up again. We feel good about it.