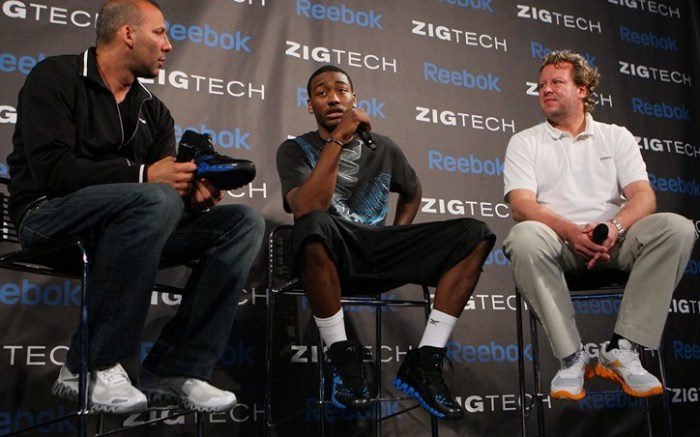 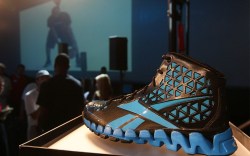 With its ZigTech and EasyTone franchises propelling Reebok in the fitness and training categories, the brand is ready to get back in the basketball game. And according to President Uli Becker, that is just the beginning.

Reebok officially welcomed future NBA player John Wall to its roster and unveiled the athlete’s signature basketball shoe, the ZigTech Slash, at a media event in downtown Manhattan Wednesday. Wall, formerly at the University of Kentucky, is expected to be the first-round pick at the NBA draft, to be held later on Thursday. His multiyear contract with Reebok — estimated by some to be a five-year, $25 million deal — will make him the face of the Canton, Mass.-based athletic company’s hoops program.

While Reebok has dabbled in basketball in years past — Alan Iverson and Yao Ming have worn the brand — it recently positioned itself more in training and fitness with the EasyTone and ZigTech franchises, which launched this spring.

Becker said Reebok would invest significant marketing dollars to promote the new Zig product, just as it did with EasyTone: “For your product to be seen, and for the consumer to pick it up, you have to [spend].”

According to Reebok’s head of sports and entertainment marketing, Todd Krinsky, the company will debut an ad featuring Wall and the ZigTech Slash on ESPN during Thursday’s draft. “We wanted to make the statement that we are in basketball again,” he said.

A tweaked version of the commercial will run during the major brand campaign — which includes TV, in-store and social media components — to support the shoe’s Oct. 15 launch at retail. “It’s our lead story for holiday,” Krinsky said.

Wall also will be the centerpiece of campaigns during the February All-Star season. And down the road, he could be used in ads that model the off-court training and lifestyle applications of the Zig technology.

Becker said that adding new athletes to the stable wasn’t going to be a priority moving forward. “It’s not about quantity,” he said. “We know what we need. I don’t need John Wall plus 10 other players. I just need John Wall.” And that goes for other sports, as well. (Reebok already has relationships with the NHL’s Sidney Crosby and NFL’s Chad Ochocinco and Peyton Manning). “I don’t see any other sports where we don’t have a face,” Becker said.

But, Becker added, do expect a third technology from the brand. While the exec was tightlipped on details, the company should be ready to talk about it in the next 12 months, he said.