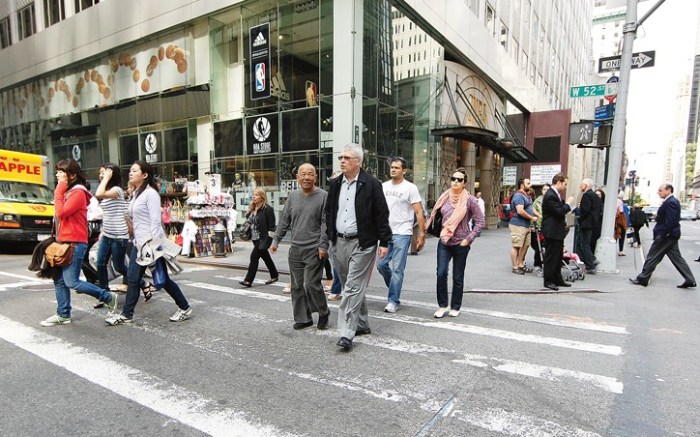 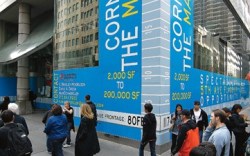 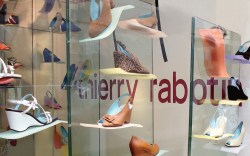 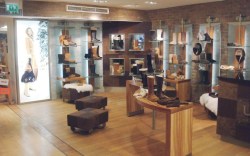 BOSTON — Time is running out for retailers hoping to take advantage of a soft real estate market.

Rents are expected to rise over the next year as more and more retailers — with increasingly stronger balance sheets — get comfortable with expansion again.

“There was a window [of affordable rents], and I thought it was going to be open at least through the summer, but the window is quickly closing,” said Rob Cohen of real estate firm Robert K. Futterman & Associates. “I never anticipated [it]. I knew the market would come back quickly. I’m just amazed at how quickly.”

For Cohen, the bottom hit in December. Since then, “somebody turned on a switch because our activity went from zero to 60 in four seconds. It was unbelievable. The retailers started to see, from Thanksgiving on, that people were shopping again,” he said.

But with the economic recovery uncertain, there is still opportunity for deal making, especially for firms that want to enter new cities for the first time.

“I’ve never seen landlords more willing to find solutions that will help their tenants and themselves. [There’s] a lot more creativity in deals, and many more newcomers willing to take a chance on succeeding in New York,” said Faith Hope Consolo, chairman of retail leasing at Prudential Douglas Elliman. “I’m looking forward to a very exciting market, to see new retail concepts at all price points going forward in the next year to 18 months.”

Retailers often are getting longer leases at rents 20 percent to 25 percent lower than average, she said. They also are getting help with store buildouts and receiving more rent-free time to complete construction. “There’s a lot of negotiating room, and this is the right time to make deals,” Consolo said.

In a recent KPMG and National Retail Federation Foundation survey of 310 retail executives, 37 percent of participants said they are planning moderate to aggressive expansion in 2010. And a recent Colliers International Retail Trends & Opportunities report said that while commercial real estate and sales activity in 2009 was down by as much as 70 percent, in 2010 “decision makers are back, [the] leasing market will improve and investment activity will increase steadily.”

Footwear designer Thierry Rabotin, for example, is planting his feet stateside for the first time with a New York location opening May 1. The two-level, 1,550-sq.-ft. store at 1138 Third Ave. will be the brand’s third shop, following sites in Paris and Antwerp, Belgium.

According to Karl Schlect, president of the Italy-based company, the timing couldn’t be better to bow a store due to the reasonable rents in the city.

“We didn’t want to open it for advertising alone,” said Schlect. “We wanted it to be a [financially successful] store.” A further advantage of the location was that many of Rabotin’s customers reside in the neighborhood.

Other newcomers to the U.S. market are also in a position to cash in on good deals.

“These are brands that have 80, 90 to 200 stores across an entire country or section of Europe. … They have a good reputation and [are known], which make them very attractive in the U.S.,” said Naveen Jaggi, senior managing director at CB Richard Ellis.

Some established U.S. retailers are also on the expansion trail.

Randy Ochart, owner of the newly opened, 1,800-sq.-ft. French Sole Comfort store on Lexington Avenue in New York, called himself a real estate opportunist. “I was actively looking for something,” he said. “Because the market seemed so soft and a lot of people were running scared, I did get a very good deal and [a location] I would not have gotten in the last 10 years. … It’s a great time to get a long-term deal from a landlord.”

Ochart added that he got “the perfect spot” partly because it is near his two other stores, a flagship and an outlet. He also said he saved 30 percent from what he normally would have paid for rent and got some free time to build out the store.

Another U.S.-based retailer, Bakers Footwear Group Inc., also debuted a store in Manhattan late last month. Though the shop, at 509 Fifth Ave., opened because Bakers’ lease on its prior flagship store on 34th Street ran out and “renewal rates were unaffordable,” President and CEO Peter Edison said he still secured favorable rent and concessions. There were also “plenty of options” for specific locations, he said.

“We were able to negotiate a wonderful deal,” Edison said. “The rents were down from what they would have been two years ago, but higher than they might have been six months ago. We didn’t catch it at the bottom.”

The firm is taking advantage of the softer real estate market in another way, too. Instead of closing mall stores due to its own ongoing liquidity constraints, “we’re negotiating better leases and in return keeping stores open for [the mall owners]. They like tenancy and lights on. So we’re staying in stores that we might otherwise have closed, and they are doing things for us relating to lower occupancy costs,” Edison said.

In New York, specifically, the market has returned to near 2007 levels, said Joanne Podell, EVP at Cushman & Wakefield.

“The New York market stabilized several months ago,” she said. “In certain areas, rents are going up and there’s more competition for space.”

She noted that New York had seen an uptick, in part, because the city is a tourist destination and has a dense population. Madison Avenue, for example, recently leased up 65 percent to 75 percent of formally vacant spaces “in a relatively short time,” Podell said. “The rents there, while slightly below the high, are relatively high. They’re relatively expensive.”

For Deckers Outdoor Corp., New York is a key location as the brand seeks to take advantage of the softer real estate market, said George Troy, VP of retail. He said that Deckers has accelerated its store opening plans, from two or three stores a year to six or seven. That’s also, of course, due to the selling strength of its Ugg Australia brand, he noted. The label expects to bow doors in several cities this fall, including New York, Los Angeles, Miami Beach, Fla., Las Vegas and the Georgetown neighborhood in Washington, D.C. An outlet store also is slated for Orlando, Fla.

In Manhattan, where Deckers has two Ugg stores, the company is in negotiations to open a third Ugg shop on Madison Avenue in the upper 50s this fall. While the lease has not officially been signed yet, Troy said the potential landlord has “worked with us on rent and worked with us on some additional storage space.”

The extra room is important to Ugg, given its bevy of shoe boxes. “All our inventories are stored in the stock room off the [selling] floor. We negotiate pretty aggressively for additional stock space,” Troy said.

Overall, he said, some New York rents are still down 10 percent to 15 percent from their peak in the summer of 2007. He also noted that New York landlords are more willing to negotiate lease opt-out clauses, lower monthly maintenance costs, length of leases and annual rent increases, which can be written into contracts.

Securing a high-demand tenant such as Ugg also is advantageous to Manhattan landlords, Troy said, especially when it comes to luring other tenants. In the case of Ugg’s Upper West Side store, he said, two storefronts next to the brand’s unit were empty when the shop opened in fall 2008. “Shortly after we opened, Burberry announced that they were opening,” he said. “[Landlords] are willing to work with us on the deal to attract other tenants.”

Elsewhere in New York, the Brooklyn neighborhood Cobble Hill has seen several high-profile, bigger-box retailers — including Urban Outfitters, Trader Joe’s and most recently Barneys Co-op — expand there over the last two years. The Barneys Co-op is slated to open this September.

“There is a whole consumer base in Brooklyn that never crosses the bridge, who have a lot of disposable income,” said Consolo.

Cohen agreed. “In Brooklyn, there is a young customer who’s professional, highly educated and fashionable. Some people don’t want to leave Brooklyn now.”

While cities such as New York are seeing increased interest from retailers, there is also an uptick in activity across specific segments, namely outlets and off-pricers.

For off-price outlets, including Nordstrom Rack and Neiman Marcus Last Call, Consolo said securing space is easier than ever due, in part, to consumers’ preference for less-expensive — though still designer — goods amid the economic downturn.

“There is such a demand — not just from the consumer but from [landlords] — for this type of retailer,” she said.

In the case of Nordstrom, company spokesman Colin Johnson said the firm has not changed its real estate strategy because of the economy. “We’re trying to stay focused on investing in our future and opening more stores where we know we have lots of customers,” he told Footwear News. Nordstrom plans to bow 17 Nordstrom Racks this year and three full-line stores, which is similar to the amount it opened last year. The company operates 114 full-line stores and 74 Racks.

The move toward outlets benefits retailers and real estate developers in several ways. According to the Colliers report, “Stores in outlet malls typically cost about 30 percent less to lease than full-priced regional mall space. Because outlet malls are generally known for their no-frills atmospheres, build-out costs are also usually significantly cheaper.”

Like outlet stores, shoe-specific off-price concepts are easy to build out, making them attractive to landlords.

Footwear retailers “need open, big spaces with lots of rack space to throw up all these shoes,” Jaggi said. That costs landlords, at times, $2 million to $3 million less than other types of retail locations. The landlord, therefore, “is willing to be more patient and aggressive with a shoe retailer than with a non-shoe retailer who would have high demands on buildouts and [require] more concessions from the landlord.”

So it’s no surprise that many footwear concepts, particularly in the moderate sector, continue to expand.

Shoe Carnival plans to open 10 to 15 new locations this year, while DSW aims to bow 10 stores. At Shoe Show, the retailer expects to open as many as 35 new doors, according to the Colliers report. TJX Cos., owner of the T.J. Maxx and Marshalls chains, expects to add 10 stores to its roster of 2,700; the firm also plans to launch what it called “a new off-chain concept” in spring ’11 that has the potential to include 90 to 100 stores.