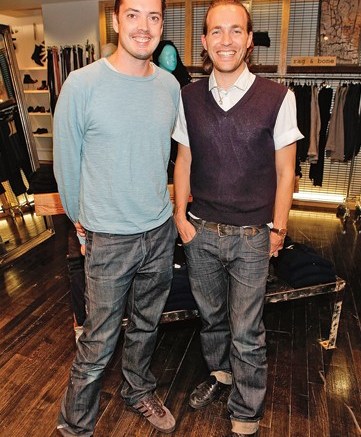 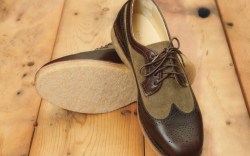 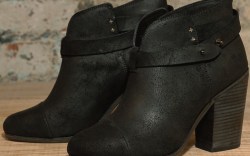 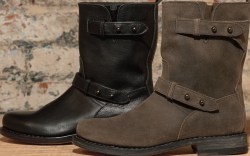 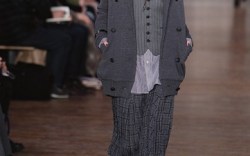 NEW YORK — Rag & Bone’s shoe business is on the rise.

What started in spring ’09 with three styles for women and three for men, has grown to almost 20 styles for women and about 12 for men for spring ’11. And the brand’s founders and designers Marcus Wainwright and David Neville — along with footwear collaborator Tull Price — have big plans for the category moving forward.

“Together we share a long-term vision for the footwear company of building it slowly and right,” said Price. “I think it’s paid off because the [footwear] business has grown nicely through what has been some of the toughest years at retail.”

The New York-based brand now offers several distinct groups of shoes: a core line of English dress shoes; a more directional collection; and sneakers for men and a made-in-Italy grouping for women. The average retail price is about $300 to $500.

As evidence, Neville points to the success the footwear category has enjoyed in Rag & Bone’s own retail stores in New York — a fact that has prompted the designers to plan a branded shoe shop. The store is set to open in the Nolita neighborhood of Manhattan in July.

“We will be able to test products and get direct feedback,” said Price. “It will also give us a good read on what should be happening and what we should do going forward.”

A co-branded line with Timberland for men’s boots is also in the works for fall ’10. The “Rag & Bone Crafted by Timberland Boot Company” collection is comprised of a Chelsea boot, a lace-up boot and a chukka, each available in two colorways. The line, retailing for $300 to $350, will sell at Barneys New York, The Tannery in Boston and Rag & Bone stores.

“The collaboration with Timberland will be a strong addition to our fall 2010 assortment,” said Melissa Gallagher, VP and DMM of men’s footwear and accessories at Barneys. “It is a perfect fit.”

Already carried by Bergdorf Goodman, Shopbop.com, Scoop and others, Rag & Bone’s main line has been picked up by Nordstrom and Saks Fifth Avenue for fall. The latter plans to carry it in New York and Beverly Hills, Calif., with a possible rollout to more locations down the line.

“When we first saw the [men’s] shoes, it was a home run,” said Eric Jennings, VP and men’s fashion director at Saks. “They are creating a product that is exactly what we are looking for right now — a leather casual shoe.”

For LaGarçonne.com, the women’s footwear offering has been a resounding success — boot styles have repeatedly sold out, and the e-tailer has placed multiple reorders.

“We reordered the two styles we have [Moto and Newbury boots] and then some more because the quality is really great,” said Kris Kim, owner and head buyer for LaGarçonne.com. “We just kind of went nuts with Rag & Bone for fall.”

Despite the early success, the 8-year-old brand has encountered a few bumps with the launch. Last year, boot maker Danner Inc. sued Rag & Bone for trademark infringement on one particular men’s style. Rag & Bone settled, but maintains that the issue had nothing to do with the design of the boot. “The suit was related to the use of the name Danner, relating to one of our boots, as opposed to the design, which is a very common design,” said Wainwright.

Going forward, Wainwright and Neville — who have been nominated for the 2010 CFDA Menswear Designer of the Year award (along with Tom Ford and Michael Bastian) — are now looking to launch e-commerce in September. A sizeable collection of footwear will be represented, they said.

An international push is still a short way off, and the company will continue to take measured steps toward expansion.

“We are very focused on growing the business in the U.S. and particularly in New York, because that’s where the heritage is,” said Price. “Rag & Bone has a very loyal following in the U.S. and I think that gap still exists for quality products in our price range. We’re really at the tip of the iceberg.”