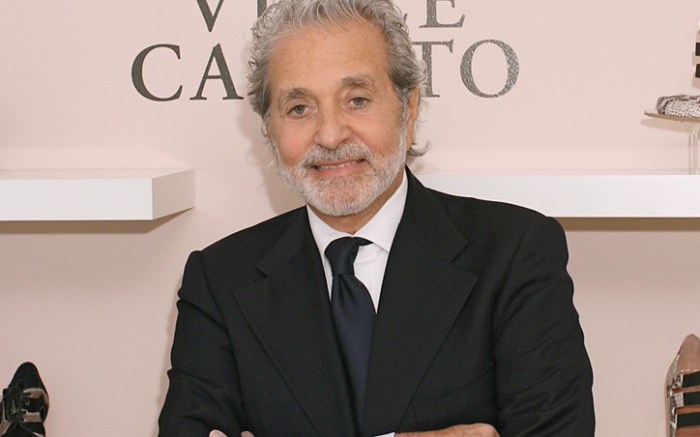 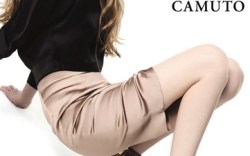 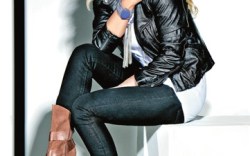 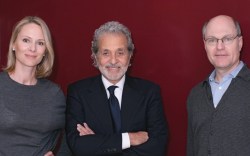 It’s a blustery winter afternoon, and the Camuto Group showroom is buzzing.

Vince Camuto and his executive team, including President Bob Galvin and Louise Camuto, president of marketing and communications, have just wrapped up a meeting with Richard Kirshenbaum, one of their key partners from Shoebox New York. And now they’re prepping to preview coats with a potential licensee. In between, the footwear veteran is fielding calls from his family and posing for photographs in front of new styles from his namesake collection.

Even amid all the hustle and bustle, Camuto seems relaxed and energized about the year ahead.

While there has been recent speculation that the firm might be in talks with an outside investor, Camuto said he remains firmly focused on engineering growth at his 8-year-old company.

“At this time, we have no news to report,” Camuto said. “We are excited about the possibilities for 2010 and beyond.”

The CEO — the Nine West co-founder who grew the brand into a powerhouse — said that building Camuto Group has been a “lot more fun and less complicated.”

“We got to start with a clean slate with hand-picked executives,” Camuto said, adding that he spends about 20 percent of his time interviewing potential employees. “We [are building] a culture with an entrepreneurial spirit.”

Camuto said he is undeterred by recent economic turmoil, and in fact, the privately owned company has remained largely cushioned. Last year, when many firms scaled back on growth, the company cashed in on new opportunities, including licensing deals with Banana Republic, KensieGirl and Lucky.

On top of the agenda this year is further development of the Vince Camuto brand, which was launched in 2005 and has been a hit with retailers, thanks to its on-trend styling and moderate price points.

The firm is in talks with several potential licensing partners to expand the brand into new categories in 2010 and is adding multi-branded retail under the Vince Camuto name.

Meanwhile, the Jessica Simpson label — one of the strongest-performing celebrity brands — continues to dive into new categories. In late January,
Camuto inked a deal with Jones Apparel Group Inc. to launch a denim line under the Simpson name, and Camuto is confident that the brand will hit the $1 billion mark in the  near term.

And Tory Burch continues to be a major story for the firm, and has recently found success with new categories and fresh distribution.

“2010 will be a great year for Tory, and the plans for international expansion will help further growth,” Camuto said.

Additionally, the firm is upping its presence in China, and this year will expand its office there to more than 100,000 square feet.

Overall, Camuto said the foundation is in place for sizeable growth over the next few years.

“We’re more bullish now than we were last year — people-wise, product-wise, opportunity-wise,” he said. “If we can translate this to the mood of America, that would be incredible.”

Here, Camuto and Galvin weigh in on their formula for success and key priorities for 2010.

FN: What is your response to buzz circulating in the industry that you are fielding offers from outside  investors?
Vince Camuto: As [we are] a preeminent footwear and fashion company in the market today, companies always approach us about strategic partnerships and opportunities. Our business approach is to continue to manage and protect our brands while strategically growing the company where appropriate. 2009 was a tough year for a lot of companies in a variety of industries. Camuto Group was able to emerge in a position of strength by launching footwear for Banana Republic, Lucky and KensieGirl. At this time, we have no news to report. We are excited about the possibilities of 2010 and beyond, and look forward to producing quality footwear for women globally for many years to come.

FN: You are one of the few companies that grew last year by adding three licenses — Lucky, KensieGirl and Banana Republic. How important are the initiatives to overall growth?
VC: Launching three brands in a tough economic climate requires a lot of time, money and effort. We think we strategically partnered with leading names and companies in the industry and integrated the footwear product seamlessly within the existing apparel platform with a clear point of difference by brand. By not cannibalizing our product offering, these brands will make a significant contribution to overall sales and have been critical in putting the company in a position of strength as we emerge from a tough year at retail.

FN: Did the economic downturn change your strategy?
VC: It intensified the strategy to be more passionate, more deliberate. We can’t do anything about the total economic situation of a country, but what we can do is pay attention to what we’re doing and make sure we’re doing it right.
Bob Galvin: We looked to become more efficient. Coming into the recession, we saw things happening earlier than some others. In 2008, we took some steps to make sure we were properly positioned for the recession, but we also made sure we were opportunistic.

FN: You started off 2010 with another big deal, for Jessica Simpson denim with Jones Apparel Group. How has that launch been received?
VC: It has been one of the most exciting, well-received category debuts that I have ever been a part of. The acceptance of Jessica’s brand and the product has really been a recipe for success. Every retailer has seen the product and feels that it fills a void on the floors. The real question is how big can this be? It’s definitely a key part of the brand’s growth strategy.

FN: The brand has about $500 million in retail sales across its different categories. Why has it been so successful?
VC: She’s an American icon, and I think it’s also product. We picked Jessica at the right time, on the curve. It was probably ballsy at the time when we did it. She turned out to be a good pick.

FN: Are you worried that the ups and downs of Jessica’s career might impact the business?
BG: Our research shows that consumers see her as a fashion icon, someone who’s setting trends. And whether her DVDs or CDs are great, they’re indifferent because they like her as a person. She just happens to be an entertainer. Her career is almost secondary to her setting fashion trends.

FN: How much potential does the Vince Camuto brand have?
VC: Vince Camuto is our biggest opportunity. Our main focus is to build it into a $1 billion brand. We feel great about the direction of the product. It’s a little more of a sophisticated consumer [than some of the other brands], so we’re excited. The reaction we’ve been getting is very valid, and we have about six different licensing deals in the works. We are backing it up with a big media buy for 2010. We’re also looking to open multi-branded retail stores [under the Vince Camuto name] within New York. [We already have] stores in Asia and North Africa. We are looking to expand in Asia, the United Kingdom and the Middle East as key markets in 2010. These regions will be integral both internationally, as well as domestically.

FN: As you grow the business, how important is bringing in new executives and design talent?
VC: We want to build a great company. The only way you’re going to build it is with the people. It’s exciting to watch someone come in and grow. We’re small enough to interact with everyone. We’ve had dozens of people who came in at entry level who’ve moved on to different capacities, and that makes us proud and excited. We want to keep the company fresh, with fresh talent and people who are hungry. The people are the most exciting part of this business this time around.
BG: There’s a different blend of experience and energy, with good, young, talented people who want to overachieve. And they get the mentoring [they need].