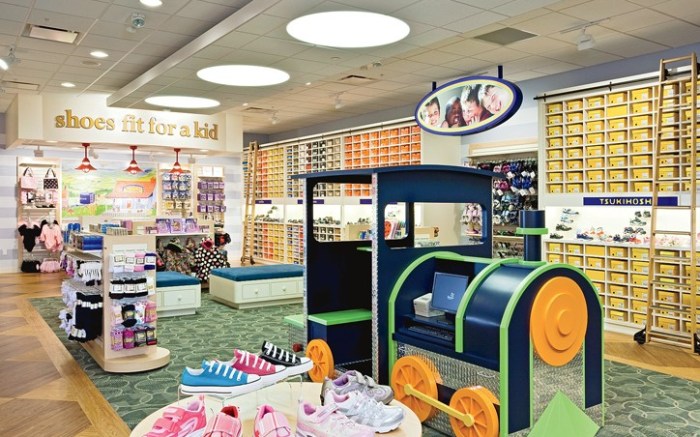 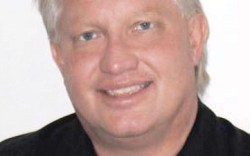 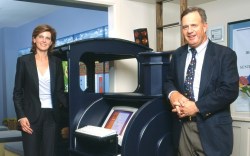 Olly Shoes is beating the odds.

In a category dominated by department stores and national chains, the independently owned kids’ footwear retailer has carved out a niche, growing to 15 doors since opening its first store in 2001. And while many shoe sellers continue to struggle, Olly has consistently enjoyed double-digit monthly comp-sales increases the last three years, according to President and CEO Kirby Lohff, a 25-year Foot Locker veteran who joined Olly in 2007.

To be fair, the Downingtown, Pa.-based retailer, whose stores are clustered in Toronto, the suburbs of Philadelphia and southern New Jersey, has benefited from a unique competitive advantage: Its founders, Katherine Chapman and her husband, Thomas Stemberg, who also started office supply giant Staples, have tapped their extensive business contacts to reel in funding for Olly. “We’re fortunate to have very supportive investors with extremely deep pockets,” Lohff said. Stemberg and Chapman have since stepped away from the day-to-day operations of the company, but remain primary shareholders and continue to helm Olly’s board.

But money isn’t everything. As a newcomer taking on some tough competitors, Olly has had to prove itself. During its nearly 10 years in business, the chain has fine-tuned a formula built around customer service, a convenient, family-friendly shopping format and a unique brand mix that includes Keen, Geox, Ugg, Lelli Kelly and Tsukihoshi. Also integral to Olly’s success is its proprietary Ollyscan technology, a digital scanning system that measures a child’s foot and matches those measurements to shoes within the stores’ inventory.

Hoping to capitalize on its momentum, Olly plans to grow its store count and move into new geographic regions, as well as launch an e-commerce business this summer. “We have a great model in place,” Lohff said, “so the time is ripe for us to expand and grow.”

FN: What hurdles have you faced as you’ve built up the business?
KL: We’ve struggled with getting the mix and sizing right. We’ve found that if we don’t buy correctly, out-of-stocks occur, driving up the time needed to service a customer while lowering our inventory turn and margins. So we’ve been taking a closer look at things, going down many layers of [sales] data to determine what sizes and categories are important in girls’ and in boys.’ We really want to make sure we get our buying right.

FN: What changes have you made as a result?
KL: The biggest change is that we’re reducing the number of brands we carry and buying deeper into brands. What I found three years ago, [when I joined the company], is that we had so many brands. And they were separated by gender and by size. We might have bought 10 styles from a particular brand, but by the time you broke them up between the various gender and size categories, they lost their impact. And obviously, sales began to lag. Now we’ve narrowed down our vendor mix, focusing on brands that are a little more unique and less widely distributed. And in those brands we do carry, the customer will find a very wide assortment. That way, you know what we stand for as a retailer.

FN: Do you use Ollyscan to track purchasing patterns?
KL: Yes. Every single purchase made goes into that data warehouse. It’s not as robust as we would like. I would like to see [it evolve into] a full customer relationship management solution. But one thing [Ollyscan does now] is generate an automatic fit-check e-mail reminder if a customer has not made a purchase in the last 90 days. In the future, I would love to see it taken down to the line level and the SKU level, so we could utilize the data to market specific brands and new shipments of those brands to customers. So if we got in some new Pediped shoes, for example, we could send out an alert, targeting those customers who purchased the brand in the past.

FN: What are some of the biggest challenges facing children’s retailers today?
KL: One of the ongoing challenges is the relationship between margin and sales volume versus overhead, especially in large-square-footage stores like ours. Children’s footwear prices are typically 30 percent to 40 percent lower than adult footwear prices, yet the overheard is the same for both categories.

FN: How has the vendor-retailer relationship changed since the economy took a tumble?
KL: Vendors are controlling their inventories [more]. There’s a lot less supply out there today. In many cases, a retailer can’t chase sales in-season because bulk is low or nonexistent with many vendors. And this will only continue going forward.

FN: What are the plans for growing Olly’s door count?
KL: We have opened three stores in the past two years, and an additional store is planned for this fall. While four stores does not seem like a large number, it is when you consider our base and the overall state of the economy. Right now, we want to focus on continuing to improve our current base of stores, as well as making sure our new stores are performing at the level we thought they would. Our strategy has always been to “get it right” prior to expanding into new markets. But I definitely think the market is wide open for the Olly brand across the country. And there is certainly no better time than now to expand due to the [attractive] commercial real estate deals available.

FN: Are you planning to go into e-commerce?
KL: Yes, we’ve actually hired a director of e-commerce and expect to launch our online store in August. We believe the sales opportunity is very favorable for us to expand into that channel this year. We have an extensive Olly membership loyalty program, so we will use our [existing customer] base to build our online business.