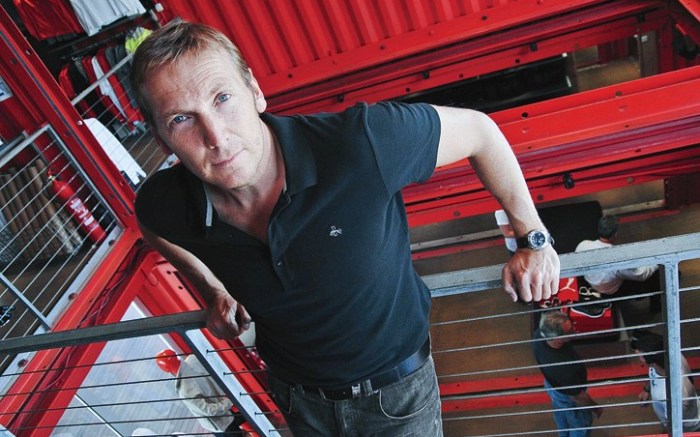 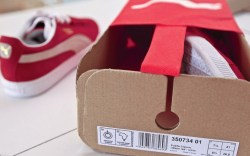 Jochen Zeitz has a plan.

The chairman and CEO of Puma got people talking late last month when he announced the company’s comprehensive sustainability standards, which launched with high-design packaging that cuts down on waste and an impact-reducing product and packaging metric that the brand is calling the S-Index.

The next development of Puma Vision, the company’s CSR program that kicked off in 2009, calls for the company to reduce its carbon dioxide, energy, water and waste use by 25 percent at all Puma stores, offices, direct supplier factories and warehouses, and have at least half of its products conform to the S-Index, all by 2015. “We just felt that now we had the foundation to take the next step to launch the next phase in our quest to achieve sustainability and be even more proactive,” Zeitz told Footwear News. “Rather than have small improvements, we wanted to say, ‘Let’s take some leaps that are worthy of the cat [in our logo].”

Eric Brody, principal at Shift Advantage, a sustainability-oriented consulting company, commended the Puma plan. “That’s a big goal, and they’ll probably stretch themselves to get there,” he said.“It’s great, and they deserve a big pat on the back.”

One of the central features in Puma’s strategy is the S-Index, pronounced “sindex.” (The pronunciation being no accident, Puma literature describes the metric as being a way for the brand to examine its ecological “sins.”) Covering footwear, apparel, accessories and packaging, the S-Index specifies certain benchmarks that all Puma products will need to meet. Footwear, apparel and accessories will be designed to use fewer materials, avoiding items on the company’s restricted substance list and using “sustainable” materials for at least half the product, including organic cotton, recycled PET and recycled and natural rubbers. In fact, Zeitz said, the S-Index is already being used to design product for spring ’11 and beyond. The standards also call for all product to be manufactured in factories that have a grade of A or B+ in the company’s internal Puma Safe audit.

The S-Index and its internal standards, Zeitz said, was the company’s stake in the ground. “Ultimately, the industry should have a standard and people should be cooperating,” Zeitz said. “But given that that is not the case yet, we felt we should take the first step by stepping up our own sustainability index.”

The brand made further waves when it announced it would begin completely offsetting its carbon emissions in 2010 — as well as all the emissions resulting from the travel of Puma-sponsored teams at next month’s World Cup — actions that the brand has said will make it carbon neutral.

“We have our 25 percent reduction goal, and there are measures we are putting in place [for that]. But that leaves our 75 percent footprint, and we want to offset that now,” Zeitz said. “The first priority is to reduce. We don’t think we can buy ourselves a cleaner conscience, but what we can’t reduce yet, we will offset.”

Brody, however, cautioned that declaring carbon neutrality can be tricky. “Offsets can be a good addition to the portfolio of projects a brand is doing around sustainability,” he said. “And Puma has said it’s having the offsets independently verified, and that it’s part of an overall greenhouse gas reduction strategy, which is important. But it’s calling itself the first sports lifestyle brand to be carbon neutral, and you’ve seen other companies be critiqued for saying they’re carbon neutral by buying offsets. Offsets are really cheap to buy, and if it was that cheap to solve the problem, we’d be making a lot more progress.”

But even with all the efficiencies, Zeitz said he doesn’t expect the changes to be money savers, at least at first. “Initially, it does cost you money: Organic materials are more expensive, as are carbon offsets,” he said. “You can save on energy and water, but I don’t think that [looking to lower costs] is realistic in the short term.” (Zeitz said increased costs would be figured into the company’s financial guidance.)

Puma’s next challenge is the creation of an independent advisory board to start overseeing efforts by the end of the year. “We want to be very transparent,” Zeitz said. “The consumer is already confused about all the eco this and that, where when you look into detail, there’s not so much eco inside.”

In the interim, the visible face of the new plan is the Clever Little Bag, which will roll out to stores in the second half of next year. Created by San Francisco-based designer Yves Béhar, the new packaging replaces shoeboxes with a reusable bag and packaging that the company estimates will cut its paper use by 65 percent, with a corresponding reduction of materials, waste and energy in both production and shipping. In addition, the S-Index will require the use of 100 percent sustainable, recycled paper and fibers, biodegradable materials and organic cotton for packaging.

“People save shoeboxes. They’re more iconic than we think they are,” Zeitz said. “So it was nice to have a hook to present our more comprehensive initiative that is tangible. People need to visualize what sustainable actually means, and the Clever Little Bag does just that.”

And making sure customers understand the program is key for Zeitz. “Brands need to be very clear in their consumer efforts, to tell them what the benefits are rather than expecting the consumer to just understand,” he said. “It’s our job to make sure it is important.”