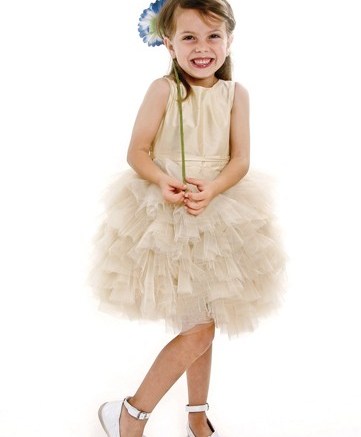 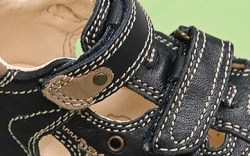 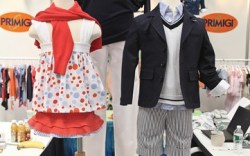 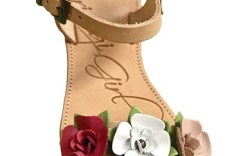 With a major apparel and accessories collection set to launch in U.S. stores next spring, the high-end Italian kids’ brand is seeking to grow its name beyond footwear.

“We’ve had a lot of retailers that carry our shoes ask us about clothing and other categories,” said William LaRossa, president of Hingham, Mass.-based Primigi USA. “As a maturing brand, it really is the natural next step.”

While other children’s footwear companies have dabbled in apparel, Primigi is moving into the category in a serious way, with an extensive collection for boys and girls encompassing everything from sportswear, outerwear and party clothes to swimwear, pajamas and underwear. Priced from $25 to $50, the pieces are designed to complement the brand’s trendy footwear.

The clothing line has been available in Europe since 2008, and now, the company said, the time is right to bring it to the American market despite the rocky retail climate. “We know it’s going to be a challenge launching a new category right now, but we’ve put a lot of research and forethought into this,” said LaRossa. “And there’s always room for something fresh and different, even in a down market.”

The hope, he said, is that apparel will not only bring new customers to the brand but also drive further growth for the footwear line, which has been distributed in the U.S. since 1999. “The clothing obviously opens up new avenues [of distribution], but it will also help create more awareness for our shoes and build the Primigi name.” Clothing boutiques already make up a key part of Primigi’s footwear distribution, he added, making them a natural launchpad for the new ­collection.

While apparel is the current focus, LaRossa said the 34-year-old company is not ruling out additional brand extensions in the future. “Whether Primigi can become a lifestyle brand [crossing multiple categories] will ultimately be determined by the consumer, but it certainly makes a lot of sense. Primigi has been around for a long time and has a very loyal following.”

The lifestyle push comes at a time when Primigi’s U.S. footwear business is flourishing. While demand for pricey kids’ shoes has fallen off amid the recession, leading to considerable consolidation in the high-end corner of the market, Primigi continues

to see healthy growth. “There’s been a weeding-out process, and we have less competition in our space now,” LaRossa said. “We’ve actually gained market share because a lot of our accounts are making up the business with us.”

Eddie Quintana, owner of Miami-based boutique Sesame Step, credited Primigi’s more moderate pricing — shoes range from about $45 to $100 — for giving it an edge over other European brands. “Primigi is really beginning to dominate in that European category,” he said. “It’s been able to sustain very strong sell-throughs because [it offers] fantastic design and quality at a good price when compared with a lot of its competitors that get into that $100-plus range.”

Still, Primigi has had to work hard to keep its U.S. prices in check, LaRossa said, particularly during the past several seasons, when the dollar weakened against the euro. To remain competitive, the brand was forced to move a sizable chunk of its production out of Italy to other, more affordable European Union countries. But now that the dollar has bounced back, Primigi is steadily returning production to Italy. “Ultimately, we want to be producing as much as possible in Italy,” LaRossa said. “Being an Italian brand, it’s important to be making our shoes there.”

In addition to accessible pricing, the size and breadth of Primigi’s offering has been a big advantage, LaRossa said, especially as more stores move to trim their vendor rosters and buy deeper into their core lines. With a typical collection containing more than 1,000 SKUs, Primigi covers a wide spectrum — from infant to tween sizes, casual to dressy looks and basics to fashion items. “We’re able to cover a lot of the retailers’ needs because there are so many different parts to our line,” he said.

For Ted Wickner, owner of Jay’s Shoe Box in Livingston and Morganville, N.J., Primigi has become a key resource within the preteen size range, among others. “One of our fastest-expanding categories is growing girls — that child who is 9 or 10 and has a bigger foot,” he said. “Primigi offers shoes up to a [European] size 39, so they fill that niche well.”

Primigi also has benefited from being one of only a few kids’ players with the Gore-Tex license. The brand does a strong business in waterproof boots and shoes, particularly in the Northeast. “It’s a category that is really growing for us; it’s been a real bright spot,” LaRossa said. “People want Gore-Tex and are willing to pay a premium for it, even in a recession.”

Looking ahead, LaRossa said he anticipates a strong spring season for the brand. “Pre-bookings for shoes are up compared with this time last year, and we’re getting strong reorders on product that’s already in the stores,” he said. “We sense a lot of excitement from our retailers again, so we’re moving forward with confidence.”