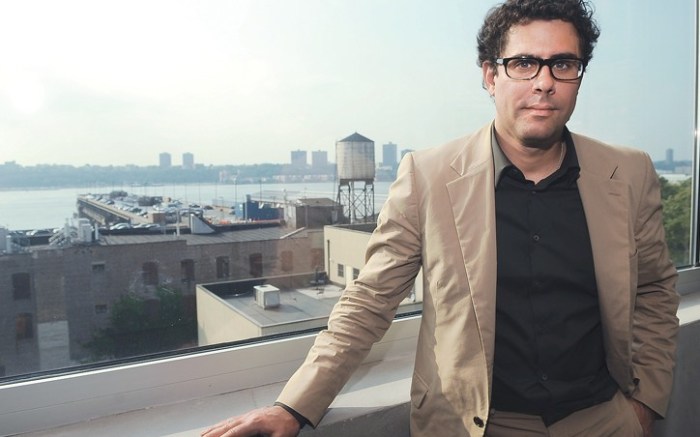 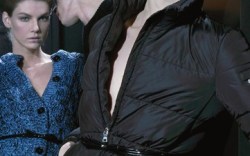 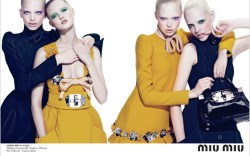 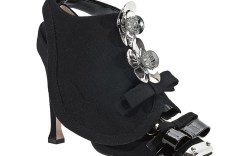 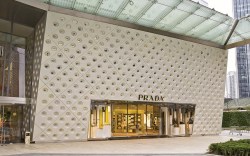 From the expansion of its retail network — nearly 100 new stores this year — to its growing footwear business, it’s clear that for the Italian luxury house, bigger is definitely better.

Prada Group COO Sebastian Suhl said the firm is on track to sell nearly 3 million pairs of shoes this year, about 50 percent more than it did in 2009.

Suhl, who was in town for meetings last month, told Footwear News in an hour-long interview in the offices overlooking the Hudson River that the group is making a concerted effort to dedicate more retail square footage to shoes. For example, in Prada’s Las Vegas CityCenter outpost, there are 2,000 square feet of footwear in a store that measures 20,000 square feet.

“That’s big when you consider it’s one-tenth of the store for product that takes up such little space,” said Suhl. “We’re also looking at large shoe-selling areas because it’s something that, from a design point of view, you can [use to] create a salon — making it not just functional but a point of attraction.”

Overall, Suhl, who works closely with Miuccia Prada and company CEO Patrizio Bertelli, said the firm is being “very aggressive” with opening new stores and expanding existing units, all part of the strategy to make retail sales the lion’s share of group revenue.

“Retail this year is budgeted to make up 70 percent of total sales, and we’ll beat that, probably up to 75 percent or even 80 percent between all our brands,” he said.

Among the glitziest global openings within the past year were the Miu Miu store in Las Vegas’ CityCenter; the Prada and Miu Miu stores in Shanghai’s IFC; and Asia Pacific’s largest Prada flagship (13,000 square feet), in Singapore’s Ion Orchard.

Next year, in Tokyo, Prada is moving from one end of the famous Ginza shopping strip to the other, while across the Middle East, freestanding stores are slated for Qatar, Doha and Dubai.

“These periods of crisis are the perfect opportunity for those who have the means to expand. Locations are to be had and it’s a good time to negotiate rents,” said Suhl.

The company’s plan for North America is to fan out across regional malls, where its brands lack presence.

“We view the U.S. as a high-growth area. Out of the 91 openings we’ve had this year, 21 are in the U.S. That’s significant,” said Suhl, who added that discussions are under way to open stores in shopping centers in Houston and Atlanta, as well as in malls such as the Beverly Center in Los Angeles and Short Hills Mall in New Jersey.

Wholesale continues to be an important part of the business, as well, and retailers said the Prada brand stands out in the footwear segment.

“Season after season, Prada presents a line of shoes that merchandises well together, giving [customers] a range of options. As a merchandising team, we continue to be impressed by Prada’s commitment to quality and to pushing the creative envelope,” Kondo said.

Prada has recovered from the recession more strongly than many other luxury companies. Earnings before interest, taxes, depreciation and amortization in the first quarter of 2010 were 64 million euros, or $81.3 million at current exchange — up more than 500 percent on 11 million euros, or $14 million, recorded in the same period last year.

First-half revenue rose 29 percent to 930 million euros, or $1.24 billion, in the six months ended July 31. The luxury house did not reveal bottom-line figures for the half year, but Suhl said he is keeping his fingers crossed that the company will “be way ahead of our very aggressive bottom-line budgets.

“Newspapers keep saying Europe is tough, but we’re up 37 percent in that market. The U.S. is up 41 percent. Asia is up 70 percent. It’s amazing,” said New York-born Suhl. “Our results show that there is money to be made and business to be done and more market share to be had.”

FN: How big of a focus is footwear at Prada?
SS: Footwear has really been a part of our DNA since the early 1980s. We have historically been and still remain [among the] largest producers of footwear in the world. Last year, we sold well over 2 million pairs of shoes between Prada and Miu Miu, and [including] wholesale and retail. This year, we’re up towards 3 million. Footwear makes up roughly a third of sales, both in the U.S. and globally. One of [the] Prada and Miu Miu brand strengths is the remarkable balance of sales among core leather goods, footwear and apparel categories, [and] we expect to maintain this balance going forward. The main difference between footwear, leather goods and ready-to-wear is that the penetration of wholesale footwear is higher than other categories, as it’s much more of an opportunity to go beyond your own stores, [for example] into department stores.

FN: Did your wholesale strategy change during the recession, particularly as department stores cut prices?
SS: Department stores remain a huge network and gigantic business. They have been an important part of our business for decades — and still are — but we’re working with the stores in a more qualitative way than we used to. We’ve pared down the number of doors in general. We had 230 doors across all Prada categories in department stores. We’re now down to about 170, and 140 of those are shoes. So when I say that wholesale has become a minority of our business, that’s simply because retail has grown so much bigger. That’s thanks to the investment in new stores and the investment in making existing stores sell more.

FN: Is luxury footwear more resilient in an economic downturn than other categories?
SS: It’s hard to answer in general terms as it depends on the brand and the collection at any given point in time. To be honest, we’ve seen equal growth now between bags and shoes and ready-to-wear. But men’s, that’s a great category for us right now. The men’s market has become less of a niche, and our men’s footwear is certainly booming. The men’s business now makes up 30 percent of our worldwide revenue.

FN: What is your strategy for the Car Shoe and Church’s brands?
SS: Prada and Miu Miu together contribute 90 percent to group revenue, so Church’s and Car Shoe’s share of the pie is very small. These brands are very footwear-oriented, but have developed under Prada to expand into women’s and, in Church’s case, into umbrellas, socks and ties. They’re both making money, and we believe we can grow them significantly. In 2009, we opened three Church’s stores and one Car Shoe. In 2010, we opened four Church’s and two Car Shoes.

FN: Is e-commerce going to be an important growth driver for you? And what is your response to criticism that you’re late to the game?
SS: We do things when we’re ready — that’s the honest truth. Since we launched e-commerce in Europe last May and in the U.S. this July, we’ve seen very encouraging growth, especially since the merchandise is limited to leather goods and eyewear. It’s a good start and allows us to get our logistics and systems working properly. In my mind, it’s a success because one, we haven’t launched all categories, and two, we haven’t done much to promote it. By the end of this year, we expect to have completely redone the Prada website and launched one for Miu Miu.

FN: How much does e-commerce contribute to the group’s revenue?
SS: Let me put it this way: It’s already equivalent to a mid-size store. And it should grow to be at least the largest store in every country, and I don’t think that’s so far [off] in the future. I’d like to think it’s within the next few seasons. [However], I wouldn’t say we’ve exceeded sales expectations because we have very aggressive expectations.

FN: How much of your growth is coming from Asia?
SS: We’ve had amazing growth the last four years in Asia, and while this year isn’t finished and we shouldn’t claim victory yet, it is [going to be a record year]. In fact, we’re outperforming the market in Asia, including China, South Korea, Hong Kong, Macau, Taiwan and Singapore. Of course, Prada has lost some sales in Japan, although Miu Miu hasn’t. The country [is dealing with] a macroeconomic issue beyond any brand’s control, and it remains a large and profitable market for us.

FN: Your IPO has been stalled for nearly a decade. Where are you hoping to list when it does happen?
SS: It could be Milan, Hong Kong or London. We’re trying to figure that out. The performance in Asia is positive and definitely steers one in [the] direction [of the Hong Kong exchange] to a certain extent. But as I’ve said, we’ve seen significant growth in all markets. So it really depends on the condition and buoyancy of the capital markets because whoever is investing in our company will obviously have a global picture [in mind].

FN: Is the IPO’s aim mostly to pay down your debt or to fund expansion?
SS: We’ve generally been generating consolidated cash flows that are well in excess of the huge capital expenditure that we’ve made in the last three years. Debt is not something that pressures us every day, [although] it’s something to be managed. But every group has debt, and many groups have higher ratios of debt to operating profit than we do; ours is less than 2 percent. Of course, the IPO will finance debt, but we really view it as fuel for expansion.

FN: Do you think the fourth time will be the charm?
SS: Frankly, we’ve had a lot of bad luck, but it’s not like not having done the IPO in 2001 has harmed us. In any case, what’s important to keep in mind is that the IPO is of a minority stake, although the size of the stake has yet to be decided. This will remain a family group and its DNA will not be diluted or reduced by an IPO.

FN: Is the company considering any new acquisitions, or has the experience of the 1990s put you off?
SS: We are a four-brand group, and the plan right now is to concentrate on those. We’re concentrating on what we do best.