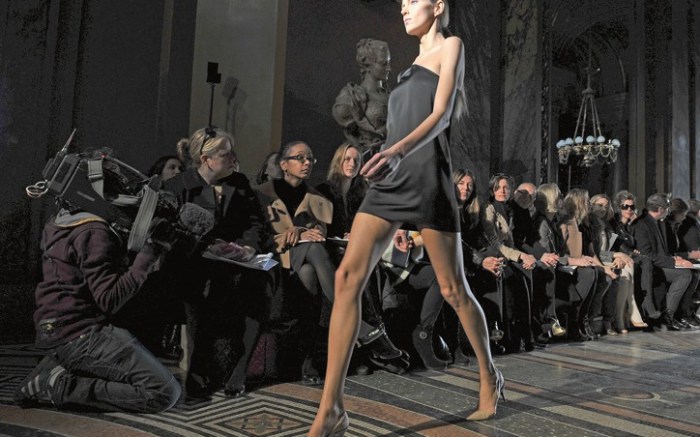 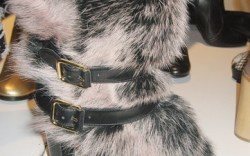 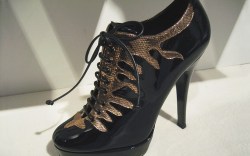 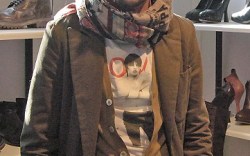 PARIS — High-end retailers attending the collections here were upbeat about the season ahead, and saluted the continuing shift toward more wearable looks.

Encouraged by the mix of fresh styles on offer, several buyers shopping Premiere Classe and showrooms in the city said they planned to ramp up inventories for fall.

“We increased our budgets over last year because we sold out,” said Jeffrey Kalinsky, president of Jeffrey New York and Atlanta. “We were caught way short on inventory.”

Emmanuel de Bayser, co-owner of The Corner in Berlin, said he, too, was stocking up on footwear in higher quantities. “Shoes are more than ever the ultimate accessory,” he said. “We tend to buy and sell less ready-to-wear and more shoes.” The retailer said standouts at his store included Nicholas Kirkwood, Azzedine Alaïa and Christian Louboutin.

A number of retailers applauded designers’ moves to incorporate low- and mid-heel styles into their fall lines after the platform defined collections in recent seasons.

“There are a lot fewer platforms and more lower heels around, which is good because women are becoming tired of running around in platforms,” said Erin Mullaney, buying director for London-based Browns.

For example, she said, Stella McCartney focused on the kitten heel, “which felt dainty and feminine.”

Off the runway, Mullaney was bullish about up-and-comers such as Gianvito Rossi, Jerome Rousseau and Laurence Dacade. For the first time, Mullaney picked up Alexandre Birman, and Browns will have the London exclusive with the designer come fall.

“[Alexandre] offers amazing quality at a good price because the shoes are produced in Brazil,” she said.

And while some retailers are buying more for fall, Mullaney said her budget is consistent with last year.

Other store owners said they also planned to keep inventories in check.

“I’m still watching inventory levels very closely,” said Karen Daskas, co-owner of Tender in Birmingham, Mich. “Things in Michigan aren’t great … and we can’t take another year like the one we just came out of. So there are no more mercy buys.” Still, she added, “I don’t buy safe because I don’t want to be boring. … Our customers want to see new. They’re open-minded.”

The retailer said she continued to see a lot of boots being offered, although they were more practical than in the past few seasons. “A lot of the designers are realizing people have to have shoes or boots that they can walk in,” Daskas said.

Boots, especially over-the-knee styles, were also high on Wynn Las Vegas’ shopping list. Jill Moran, the casino’s retail buyer for shoes and accessories, said that after the look rang up strong sales for fall ’09, she’s buying into it in a big way for the coming season.

“It’s one of those trends that we definitely tried, but we didn’t know how well we would do with it,” she said at Premiere Classe. “Now we’re confident that it will sell.” The buyer added that she was also seeing a lot of suede in the market, and that designers are “stepping away from patent.”

Overall, Moran said she was upping her buys for fall and that she would not shy away from ultra-luxe looks, either. “Our customers aren’t price sensitive as long as they see value in the product,” she said, noting that one of the store’s recent best sellers was a crystal-embellished style from René Caovilla, priced at $2,100.

One new designer at Premiere Classe who caught the eye of the Wynn and Saks Fifth Avenue teams was Daniele Michetti. “He is a talented emerging designer whose attention to detail shows a fresh perspective,” said Tracy Margolies, VP and DMM of women’s footwear at Saks Fifth Avenue.

Other buyers were also upbeat about the innovation for fall.