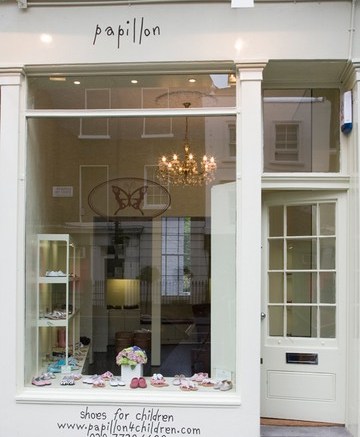 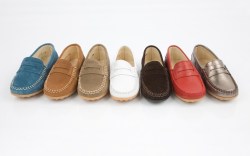 London-based kids’ shoe retailer Papillon is in growth mode at retail, in the wholesale market and online.

The brand, which opened its first store in London’s Chelsea neighborhood in 2007, will bow a larger location at 98 Marylebone Lane. The 1,300-sq.-ft. space is set to open its doors April 20. (Marylebone is a quaint area of North London that has recently seen a rise in specialty stores, including children’s retailers Bonpoint and Rachel Riley.)

Papillon, which specializes in scaled-down versions of loafers, boat shoes and ballerinas for children and teenagers, is looking to add a new clientele with the new store. Right now, 60 percent of sales for the brand are in school shoes, with all its footwear made in Italy or Portugal and retailing for about $85.

Felicia Brocklebank, a former executive director at Goldman Sachs, joined founding partners Nicole Robinson and Maggie Snouck in January. Now all three are looking at expanding the wholesale business, which consists of 16 retail accounts, including Olive Juice in Chicago, Yoyamart in New York and Oranges & Lemons in Greenville, Del. The brand shows at ENK Kids Club in New York and Pitti Bimbo in Florence, Italy.

In July, Papillon’s Website, Papillon4kids.com, will introduce e-commerce. As for other opportunities, Brocklebank said the future could include a range of possibilities.

“In 2011, we will hopefully open a franchise in a big department store, increase the wholesale side of the business and possibly open a third store in London,” she said.