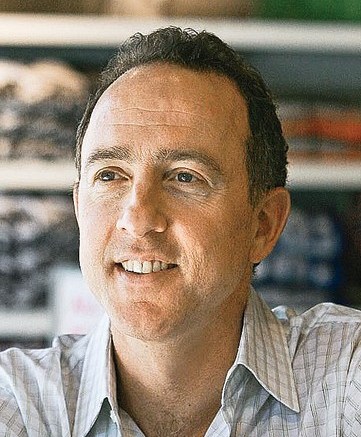 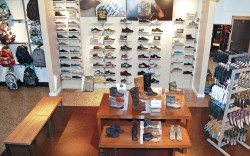 It’s been a little over a year since former Vans President and CEO Gary Schoenfeld took the helm of Pacific Sunwear of California Inc. and its PacSun retail stores, and he is already making major waves.

As the chain heads into back-to-school, Schoenfeld, who sold Vans to VF Corp. in 2004, has revived the retail firm’s footwear offering, after execs in January 2008 decided to largely exit the closed-toe shoe business. Schoenfeld, with his nine-year history at Vans, said he knew footwear was key to the company’s return to profitability, and back-to-school will be a pivotal season for the relaunch.

“Until two years ago, that was a very important pillar to PacSun’s business,” said Schoenfeld. “We’re excited about re-establishing that again starting with back-to-school.”

The chain’s return to footwear is none too soon for loyal PacSun customers, as Schoenfeld discovered while traveling the country. “It was probably the single biggest thing I heard during my first 12 months out in the stores,” he said. “Customers kept asking, ‘Why did [you] stop selling shoes?’ So the biggest priority is getting back into the guys’ branded business, with skate and surf being the dominant influences there, but we do see opportunities in juniors’.”

For back-to-school, about half the company’s stores will include revamped footwear walls, featuring anywhere from 40 to 65 styles, with brands such as Vans, DC Shoes and Nike having a significant presence.

Here, Schoenfeld tells Footwear News about the role footwear plays in the chain’s turnaround strategy, how the action sports market has changed in recent years and how he spent his time away from the footwear industry as an expat living in London.

FN: What did you do in the five years between selling Vans and arriving at PacSun?
GS: I moved my family to London — twice. I got involved with FIFA and the World Cup and working on their worldwide merchandising, while also being on the board of a few different companies. I ran the London Marathon twice and taught entrepreneurship at the London Business School. I had some really interesting experiences along the way.

FN: Why did you decide to return to the fashion industry?
GS: I love leading teams of people and being involved with businesses that I truly believe can be leaders and can innovate. PacSun, I had huge admiration for during my nine years at Vans. I had been away in Europe for a couple of years and it was disappointing to see how it had lost its way, but I truly believe we can once again become a teen’s favorite place to shop. That makes it a pretty exciting opportunity.

FN: Why was it important that PacSun get back into footwear?
GS: [Footwear is] one of the two or three most important categories that determine where a guy likes to shop. [With] that knowledge, along with the knowledge that PacSun had been such a successful leader in the action-sports footwear market, it was very clear to me that our execution needed to be different, but we absolutely needed to get back into that category of business.

FN: What is your plan for merchandising the product?
GS: The plan is to not just be a wall of skate shoes. What PacSun walked away from was a one-dimensional strategy, which was a big wall of skate shoes with the same assortment across all 900 doors. That had worked for a long time, but things had changed. There is no question that guys have become much more fashionable while still having a strong affinity for action-sports brands and lifestyle, but the assortment shouldn’t be the same across all doors, and it needs to be a blend, not only of skate shoes but of other branded lifestyle product.

FN: What new brands will we see in PacSun stores?
GS: It could range from brands such as Clarks to Sperry Top-Sider, or even a brand like PF Flyers that is culturally relevant to the lifestyle of what guys are wearing today.

FN: Why did the firm get back into shoes now?
GS: [Back-to-school] is significant. There is more for us to learn, so it’s not everything that we’ll be doing in another 12 to 18 months, but it’s a meaningful start back into the business.

FN: How big can shoes be for PacSun?
GS: It remains to be seen, but I think it can be meaningful.

FN: Has your target consumer changed over the years?
GS: Ten years ago, PacSun’s target customer was probably 12 to 16 years old. Today, I would say it’s probably 15 to 22. It’s a bit of an older customer, and I like where we fit today.

FN: How price sensitive are teens?
GS: It’s a hard question to answer because it’s sort of abstract. I mean, anybody would be silly after the past 18 months to say that consumers aren’t price sensitive. On the flip side, look at Apple’s success and it shows that still, at the end of the day, it all starts with the product itself. Great product sells at the right price, not just the cheapest price.

FN: Looking ahead, do you plan to add more doors?
GS: Not in the short term. With more than 870 stores, we have more than enough to do to get those right. In fact, that number will continue to decline. We expect to be at about 850 stores by year end.