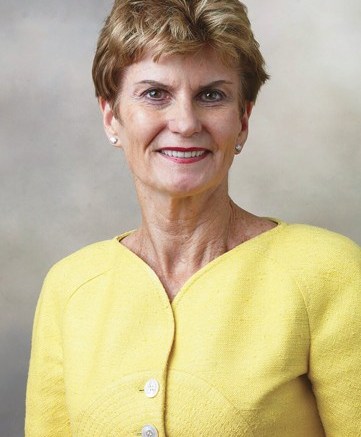 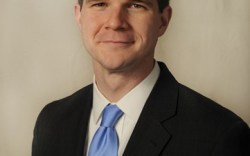 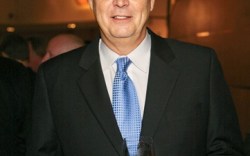 BOSTON — The credit market might be loosening up, but most small to mid-size footwear retailers seeking fresh capital still aren’t finding it any easier.

Though a lot of banks are stronger than they were two years ago, most remain cautious when it comes to lending, according to consultants and bankers. As a result, many small retailers “probably have to knock on 10 doors to find the right bank that’s got the willingness to lend,” said Brian Tascher, an investment banker at BB&T Capital Markets.

Tascher said his bank, for example, “aggressively” seeks to do small business lending, but given the economic picture, now needs to have personal guarantees from potential borrowers, who will also have to undergo more scrutiny than in prior years.

That means third-party appraisals of assets and reviews of personal bank and investment statements, he said.

Banks view lending to small businesses much like a personal line of credit, Tascher said. And if an individual’s personal accounts, or the value of their personal real estate, have suffered along with the economy, lenders might not be comfortable doling out money.

Taking it a step further, some lenders are even requiring collateral, experts said. Still, when it comes to fashion retailers, “traditional banks don’t get super-excited on the small business side of taking [the merchandise] for collateral because they can’t resell it for the same dollar amounts,” said one regional banker who requested anonymity.

He added that banks are more willing to lend to businesses they already have an established relationship with — and might shy away from new entrepreneurs who are trying to launch during a tough time.

“The relationship is very important for a bank. Clients didn’t see that so much when banks were fighting over their business and they could switch banks left and right. Clients are [now] seeing the value in the relationship. That goes a long way,” he said.

In fact, the banker’s partnership with one of his retail clients is so strong that he plans to renew the company’s line of credit even though the business “had an awful year.”

The banker said that often an ongoing commercial banking relationship can help a client keep other sources of credit flowing. “[Factoring firms] are going to be calling me in the cycle because they renew like a line of credit does,” the banker said. “The bank is not the only line of credit in the retail world.”

That speaks to the security that banks crave when handing out loans. Now, lenders “want to feel like they’re 200 percent secure,” said Stevan Buxbaum, EVP of Buxbaum Group, a turnaround and asset appraisal firm.

“They’re not willing to take any chances. We were in an environment in 2005 or 2006 when people were taking all kinds of chances. Growth was going to pull everyone through. No one is believing a growth story today,” he said.

Maggie Gilliam, founder and principal at the retail consulting firm Gilliam & Co., agreed that credit is not widely available.

She specifically pointed to the factoring firm CIT Group Inc., which emerged from bankruptcy last December and has had many footwear clients in the past.

“Everyone used to be able to borrow from CIT, and that is not the case these days,” she said. “It’s not all that easy to borrow money.”

On the bright side, however, “This year, we’re seeing that lenders are competing with one another again for good credit,” said Michael O’Hara, CEO of Consensus Advisors, an investment banking firm. But, he noted, “The interest rate is still meaningfully higher than what we saw in 2009, sometimes very aggressively.”

Though the lending environment is still uncertain, O’Hara noted that it is now in almost complete contrast to mid-2008, when a “sizable and profitable” retailer he worked with found it “very hard” to find a bank lender. Largely, that was due to the unpredictability of the retailer’s cash flows, which remains a common problem for many businesses.

Indeed, one of the first — of many — caveats to getting a loan today is that retailers must have predictable cash flows, experts said. And given the sluggish state of consumer spending, it is difficult for retailers to prove their cash-flow expectations will be successful.

Cash-flow projections, noted the regional banker who requested anonymity, are “going to start or stop the conversation sometimes. If you can’t show you’re going to repay the debt, your bigger banks are going to say, ‘I don’t know if we’re going to be able to lend to you.’”

But Gilliam pointed out that one of the benefits of the challenging year is that it has forced retailers to improve their inventories and cash-flow positions, making them better candidates to secure credit.

Still, even successful retailers are finding themselves in need of capital if they intend to grow their businesses, Gilliam added. “The more your business grows, the more cash you need to run it,” she said. “Footwear is a capital-intensive business. At the same time, vendors aren’t stupid either. I know a lot of suppliers have cut off shipping to smaller retailers. They just don’t want the credit risk.”

That puts struggling retailers in a precarious situation because many viable businesses aren’t able to get what they need to grow. That has led some to resort to asset-based loans, which target credit in direct proportion to inventory, encouraging retailers to engage in more risky buying practices.

“If you reduce your inventory, your credit line goes down,” Gilliam said. “It encourages retailers not to get their inventories in order. But when companies get in trouble, that’s the only kind of loan they can get.”

While Gilliam agreed that for the moment the economics of the footwear business seem to be improving, she is far from bullish on the months ahead. “This recovery so far is very fragile and could very well reverse,” she said. “It doesn’t have legs.”

Buxbaum also is concerned and pointed to the uncertainty of consumer spending. “Consumers have learned how to consume less. We were in a period of overconsumption, where people were buying more than they needed, and they have slowed down. They’re not going to go quickly back to that. They realized over the last year, when they didn’t buy as much, that somehow they still survived,” he said.

David Assil, president of the high-end Los Angeles-based Madison boutique, predicted the credit situation is likely to get worse before it gets better. “In a month or two, you’ll start hearing that credit is tightening again,” he said. “With the small retailers I talk to, nobody has a credit line anymore.”

Assil said that home foreclosures and the looming prospect of a commercial real estate collapse are likely to cause banks to tighten lending requirements.

That’s the fear that plagues Sportie LA co-owner Isack Fadlon, who speculated that the industry will become overly cautious, which could lead to a lack of innovation among both vendors and retailers. Fadlon said that vendors are also cutting down on credit and reducing repayment windows to 30 days from 60. “I don’t think it’s really healthy for the industry,” he said. “Credit breeds growth. Everybody needs credit to grow.”

Fadlon said he has heard of retailers taking a variety of drastic steps to keep their businesses afloat, from taking on unfavorable loans, to borrowing from family and friends, to selling personal property. “I’ve heard of people selling their cars,” he said. “That’s how bad it’s gotten.”

Still, Fadlon said he understands the pressure on vendors to get paid. “If you’re shipping shoes and you’re not getting paid for them, you’re out. That’s it. I’m hearing more and more stories about that,” he said.

But Fadlon worries that vendors, like bankers, may be making comprehensive judgments about all retailers and their ability to repay their debts, making credit unfairly daunting for good customers with solid businesses and credit histories. “There shouldn’t be a blanket perception that everyone is having a problem paying their bills,” he said. “Not everyone is. We need to find a way that doesn’t punish everyone for the credit problems of some.”

However, some industry observers don’t believe the footwear market is hurting for credit lines. Matt Priest, president of the Footwear Distributors & Retailers of America, said the credit situation has improved to such a degree among the association’s membership that it has become something of a non-issue.

“I haven’t heard anything to indicate that our members aren’t getting what they need,” he said. “Of course, many of our members are larger and may not feel the same pressure as some independents.”

Indeed, several bankers noted that larger firms generally operate without debt, so they’re not usually in the market for a loan.

National Shoe Retailers Association President Chuck Schuyler agreed that even among his membership of independent retailers, credit, while not plentiful, is available. And many concerns over securing credit lines over the past year were more of a conceptual worry than a market reality.

“Six months ago, there was more of a big question mark about the future availability of credit,” he said. “I don’t think they were actually experiencing problems. There was indecision out there and there was a lot of news that credit was going to get tougher, but I don’t think it actually did.”

In fact, Schuyler said, many retailers are in significantly stronger positions now than a year ago, as inventories have been trimmed, leases have been renegotiated and businesses have become more efficient.

“It’s a safe statement that those that have made it through this horrible recession are very well positioned going forward,” he said. “These people have not only weathered the worst storm in a generation, many of them have done so very successfully. It’s a testament to their spirit and skill and talents, and it’s impressive.”