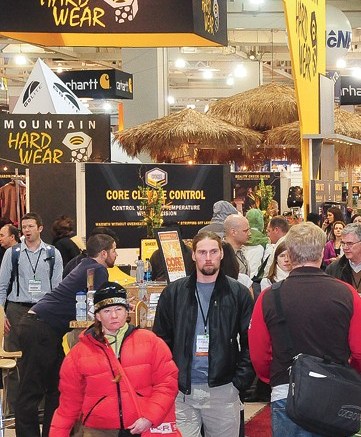 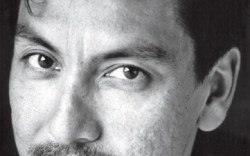 It’s all about building communities at Outdoor Retailer. That’s the word from show organizer Kenji Haroutunian, who said the show floor this week will reflect an increasingly diverse group of exhibitors and attendees.

After an outreach effort to the fly-fishing community, this year’s show will feature a military lounge for those buyers, and welcomes the return of the Designer-Supplier Speed Dating program, a networking event that brings together the two parts of the design equation. “The sourcing and the dynamic in the supply chain is going to be more of a focus,” Haroutunian said.

Green issues are also gaining traction after a recession-fueled dip, he said. The summer show introduces the beta form of the Outdoor Industry Association’s Eco Index, a guideline for incorporating green features into products. After conducting training sessions at this edition of the show, OR will conduct a full rollout of the index in January.

All those new communities have helped increase the show’s numbers. With attendance and exhibitor counts both up as much as 10 percent, and increased demand from the endurance sports and running markets, the show is nearing capacity at Salt Lake City’s Salt Palace. In fact, OR is sold out this year.

“We love Salt Lake, and it’s been an excellent home — not just a good but an excellent home,” said Haroutunian. “They bend over backward, and that being said, we’re really looking at the logical ways we can expand within [the city].”

In the meantime, Haroutunian said that OR parent Nielsen Business Media would continue to organize the show in communities (such as the Endurance Zone and the Adventure Travel Hub) so that niche buyers can maximize their time. The show is also turning to technology: OR just launched a mobile-phone app that, much like the show planner on the website, can help attendees locate booths and coordinate schedules.

And keeping the show’s focus on the interpersonal element will be a key. “We want OR to be not just about facilitating the buy/sell transaction but facilitating more networking and relationship building — and not just in core markets but in the logical touch points around those markets,” said Haroutunian. “What the future holds is facilitating that, and the show’s too big when that’s not happening.”

OIA Industry Breakfast
7 a.m., Tuesday, Aug. 3
Salt Lake City Downtown Marriott, salons A-I
Secretary of the Interior Ken Salazar will be on hand to present the America’s Great Outdoors initiative launched by President Obama this spring and answer questions about what it means for the industry.

“OIA Eco Index Ready for Use: Get Trained and Get Started”
12 p.m., Tuesday, Aug. 3
Salt Lake City Downtown Marriott, salon F
Attendees will learn how to use the beta version of  the OIA Eco Index.

All-Star Industry Jam
9 p.m., Thursday, Aug. 5
Club Elevate, 155 W. 200 S.
Live out your rock-star dreams onstage for a good cause. All door donations go to the Save Our Snow Foundation, a program dedicated to climate-change education.