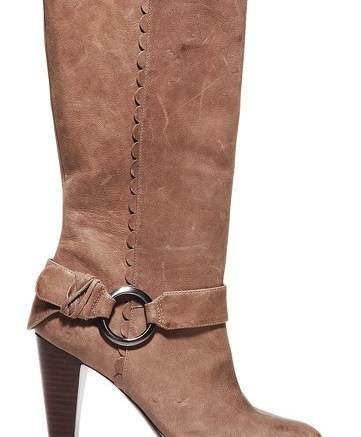 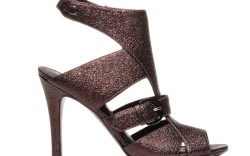 The brand is relaunching for fall ’10 with an offering of women’s shoes that includes ballet flats, fashionable heels, booties and knee-high boots.

“When I first got into the industry in the early ’80s, Caressa was a big deal,” said the brand’s CEO, David Graves, whose Graves Import Co. purchased the name in May with a silent partner. “We knew we wanted to start a brand and thought it would be great to have one of the significant names from the past.”

Since the late ’80s, Caressa and its Allure division have been through a number of acquisitions and were most recently owned by Pentland Group Plc, which sold both names to Graves in 2009.

Pentland, Graves explained, did not produce shoes under the Caressa or Allure nameplates during its ownership.

Now, Graves and his design teams have beefed up the fashion on the revamped line, offering jewel-embellished flats, stiletto sandals in metallic leathers and riding boots in supple leathers. Priced between $110 for flats and $295 for boots, the 26-style collection also incorporates comfort details, including cushioned footbeds and a multilayer suspension system. Graves said the company also is applying for a patent on some of the technology across the line.

“You can hide [comfort details] in more casual shoes because of the thicker footbeds,” Graves said, “but we’ve found a way to do that so the shoes can still maintain a tailored look [and] not compromise the feminine look of the shoes.”

Though several industry heavyweights logged time at the firm in its heyday (Stuart Weitzman at one point headed Caressa’s Mr. Seymour/Martinique division, and John Higdon led Allure), Graves does not expect the majority of younger retailers and consumers to remember the Caressa name. However, he is still banking on recognition among older consumers to give the brand an early boost.

Some, in fact, may remember founder Leonard Taicher’s murder at his Miami Beach home in 1998.

Adele Rowell, owner of Head Over Heels in Georgetown, S.C., said she used to wear the line before getting into the retail business and has picked up three styles for fall with the expectation it will perform well with her 35-and-older customer base.

“It seems like the shoes are more upscale than I remember,” Rowell said, noting that she plans to write a bigger spring order to cater to tourists visiting Georgetown’s beaches. “There’s a lot of design effort put into the [line], with the stone detailing and the [high-quality] leathers.”

Elizabeth Gaiero, buyer at Buckles in Brooklyn, N.Y., wore Caressa shoes on her wedding day 28 years ago and has picked up about 10 styles from the new collection.

“I was really happy to hear they are bringing the line back, but it’s a little different from the old Caressa, which was very ’80s,” she said. “Now people want the versatility of flats, boots and heels. It’s funky and younger. The times have changed, and shoes are a big part of the wardrobe now. Caressa has captured that.”