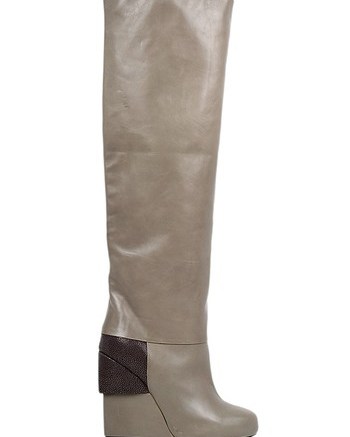 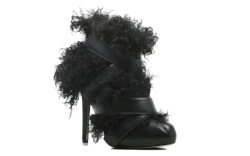 The designer said owning the factory would give her more control over her designs and allow her to experiment with new styles.

“Every designer dreams of being able to completely control their vision, from the sketch pad to the finished product,” said Morris, who added that her shoes, which retail from $900 to $2,000, are technically complicated and slow to produce, making a tight factory relationship essential.

The factory deal came about when owner Adriano Righi, 60, indicated that he wanted to step down from the day-to-day running of his company, which has also produced shoes for Bally, Bruno Magli, Gucci and Prada. Under the new deal, Righi will continue to direct production at the factory.

According to Chrissie Morris CEO Emilio Figurelli, all the factory’s skilled artisans will remain on board. Figurelli said he also is open to producing for third parties, but it has not been factored into the business plan at this point.

“If we get proposals that are interesting, we will consider it,” he said.

Buying a factory is a bold move for the young label, which debuted in a turbulent luxury market. But Morris has succeeded in finding a consumer and retail base, racking up sales of $1.6 million last year and 40 accounts worldwide for fall ’10, including Dover Street Market in London, Podium in Moscow and Saks Fifth Avenue in Beverly Hills, Calif.

Other retailers interviewed last week are also bullish on the brand.

“Chrissie Morris is one of the most talented shoe designers working today,” said Beth Buccini, co-owner of Kirna Zabête in New York. “We’ve had little price sensitivity from the customer, as typically she recognizes the extreme quality and workmanship that goes into each pair of shoes.”

Buccini added that owning the factory will help accelerate growth at the brand.

“It means they can slowly expand the range of the collection and maybe add a delivery,” she said. “It is a very exciting moment for them. I love the shoes.”

Going forward, Morris, who originally trained in knitwear, said she hopes to branch out into many different products, including belts, bags, apparel and even furniture and jewelry.