Milestone: The Rise to Fame 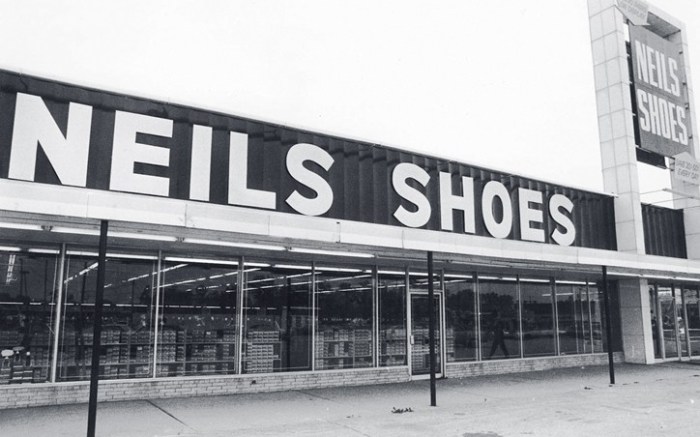 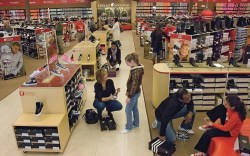 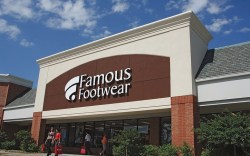 Famous Footwear’s evolution from a single outlet store to a national chain of family shoe shops is a story of vision and value.

• Brian Cook, a stock boy at the Wisconsin store, is promoted to manager.

• Moldenhauer opens a store in Cedar Rapids, Iowa, and calls it Famous Footwear.

• Fifteen locations are in operation, now all under the Famous Footwear banner.

• Longtime employee Dave Orfan, Cook and a group of outside investors purchase 90 percent of the chain in a leveraged buyout.

• Orfan is made president of the company and Cook is named EVP.

• Cook is promoted to president of the

• 58 stores are opened in the greater Los Angeles area.

• The Lebanon Distribution Center is completed and begins serving stores in the Southern and Western regions.

• Mil-Mar stores in Milwaukee, Illinois and Iowa, known as Warehouse Shoes and All About Shoes, are renamed.

• Cook announces his retirement as president.

• Joseph Wood is named president of the company.

• The retailer operates 924 stores in the U.S., Guam and Puerto Rico.

• Stores undergo a redesign based on customer feedback from focus groups and other consumer research. Aisles are widened, backless sofas are installed, fashion-forward styles are highlighted on an elevated runway and the store colors become chocolate and cherry after an enthusiastic customer says shoe shopping is “like dessert.”

• The Shoe Crazy Shopping Spree, a contest where customers can enter to win a free shopping spree, is launched.

• Famous Footwear becomes a national sponsor of the March of Dimes WalkAmerica event (now known as the March for Babies).

• The firm opens its first Manhattan location. Living mannequins clad only in sleek body suits and the chain’s spring footwear balance on 5-foot pedestals that fill the city streets around Penn Plaza to tout the opening.

• Dr. Scholl’s collaborates with the chain to create an exclusive walking shoe to raise funds for the March of Dimes’ nationwide walk event. Sales of the shoe raise $40,000.

• Brown Shoe announces it will close the Madison office and consolidate associates from the Madison and St. Louis divisions to create a more connected footwear company headquartered in St. Louis. Roughly 270 Madison-based employees are offered jobs in St. Louis.

• The 350,000-sq.-ft. Famous Footwear Distribution Center is completed. It has an annual capacity of 32 million pairs of shoes and expected inventory turns of 17 to 22 times per year.

• Rick Ausick, the company’s SVP and chief merchandising officer, is selected to take over as president of Famous Footwear.

• Apple iPhone and Android apps are launched that enable consumers to shop from their mobile phones. The iPhone app also includes an electronic rewards card that can be read by store scanners, eliminating the need for consumers to carry a physical card.