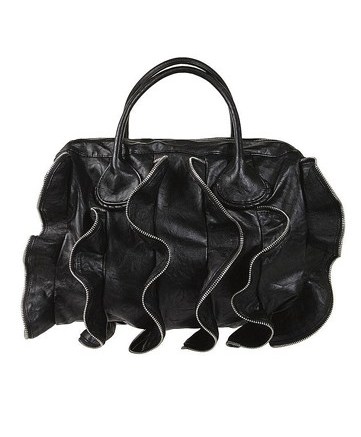 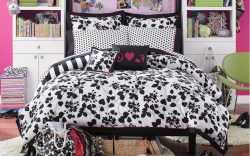 Everything from handbags to sunglasses and hosiery to bedding now carries the Steve Madden nameplate, making up about 10 percent of the brand’s overall business. And with an apparel line hitting stores in March and a jewelry collection set for fall ’10, Madden said it is on track to boost the non-footwear offering to about 20 percent over the next three years.

“For years, a lot of consumers only thought of us as a shoe label, and now we’re a household name,” said Rob Schmertz, brand director for Steve Madden. “Girls wear our belts or our bags, with or without the shoes, and that’s what a real brand is today.”

While in its first decade Madden mainly focused on growing women’s footwear, the second half has revolved around becoming a pervasive lifestyle brand. In 2000, Steve Madden bowed a children’s shoe line, and in the subsequent years has added men’s footwear, the higherpriced Steven by Steve Madden collection and the entry-level Madden Girl. (A lower-priced men’s line, Madden, debuted late last year.) Handbags, the brand’s first extension beyond shoes, launched in 2002, paving the way for other categories.

While footwear and handbags are created in-house, the brand has reached out to licensees for many of its other offerings. The most recent addition — a jewelry collection for fall ’10 — is being produced by Lucas Design International and includes bracelets, necklaces, earrings and rings.

“Steve Madden really understands the junior and up fashion market,” said Lucas Design CEO Daniel Landver. “We want to create something that ties back to the DNA of his brand.”

David Seeherman, president of cold-weather accessories licensee Cejon Industries, said the Madden brand also brings with it reliability at retail, with consumers willing to pick up product beyond the shoes.

For Scott Savitz, Shoebuy.com CEO, the brand’s ability to identify the next big thing and bring it to a mass audience has positioned it as a forceful player beyond footwear alone. “Domestic or global, in-house or licensed, [Steve Madden] has a limitless opportunity to enable others to capitalize on its strengths, increase its presence as a leading lifestyle brand, test new opportunities and do more of what’s working,” Savitz said.