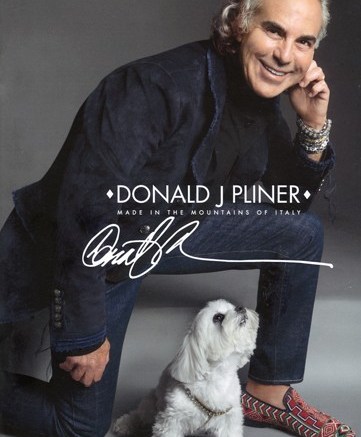 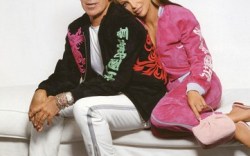 For Donald J Pliner, marketing is all about face time.

Roughly six years ago, the brand adopted an advertising strategy that put its founder and namesake at the forefront, in print ads and in personal appearances.

According to wife Lisa Pliner, the campaign came about because customers were asking if there really was a Donald Pliner. “I told Donald, you need to put yourself in your ads and become the brand,” she recalled. “It gives the business a real personality. It’s his face.”

As time went on, the advertising campaign became a family affair, with Lisa, their daughter Starr and dog BabyDoll joining Pliner in the shoots. “The entire family works together and believes in each other and what they do. It’s all about our lifestyle,” said Lisa.

Print advertising remains at the heart of the company’s marketing plan.

For the past two seasons it has had a large presence in fashion magazines, including a 12-page spread in Harper’s Bazaar. The latest round of ads will feature Pliner and BabyDoll surrounded by his spring ’10 styles.

Branding consultant Amy Shea, EVP of Brand Keys Inc., observed that it’s important for a company to focus on the product, even while creating a connection with customers. “People want to see what’s behind curtain No. 1,” she said. “To have a family shot [in the ads] makes it interesting … as long as the shoes aren’t neglected.”

Shea added that the Pliner ads also can stand out in the sea of fashion advertising simply by being different. “One of the ways [this] can work is at a basic level for breakthrough. If you look in the women’s magazines, you see that shoe ads tend to look alike.”

Outside the magazine pages, Pliner is known for having a busy schedule of personal appearances. In fact, during two weeks in March, he visited New Orleans, Dallas, San Antonio, Texas, and three locations in Florida. And after a two-year hiatus, the designer will make a return to the Home Shopping Network this month, to present a selection of shoes.