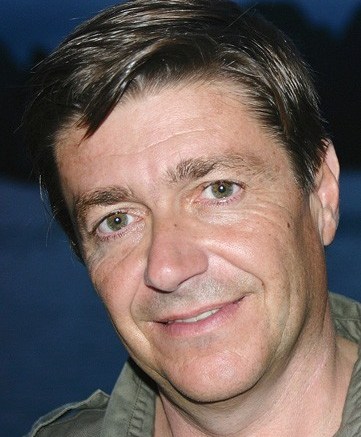 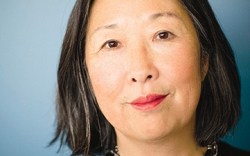 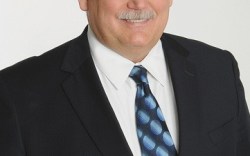 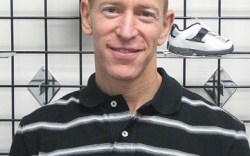 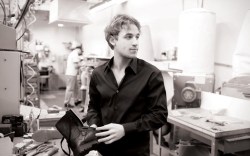 “Bob is an incredible, lovely, upstanding, generous and allaround great guy. I sit on the board of Two Ten [with him], and he has been a huge advocate of the organization and has been a very generous participant. He also brings a lot of great experience and knowledge [to the industry]. The guy knows how to make a pair of shoes.” — Susan Itzkowitz, president, Marc Fisher Footwear

“Bob Campbell is one of the dynamic leaders in our industry. He is a consummate entrepreneur who has built great teams and businesses, and he has given both his personal and professional time back to the industry in every way.” — Matt Rubel, CEO, Collective Brands Inc.

“Gimpex is the sub-licensee and distributor in Europe for the Guess and DKNY children’s lines. The business is quite easy [to run] since Bob and his team make everything clear. They keep things simple, which is important. Like us, BBC prefers to be straightforward.” — Stephan Detry, CEO, Gimpex Group

“Bob Campbell is someone I look up to because over time he has continued to be successful. And at age 73, he looks like he’s 50. He’s my hero.” — Steve Madden, founder, Steven Madden Ltd.

“I have worked with Bob [here] since 2007, and I have known him since my early 20s, when I was a children’s shoe merchant at Meldisco. Bob has a great, infectious enthusiasm and he always has a can-do attitude, regardless of how successful he is. He considers every relationship important. He is an intuitive merchant with a keen eye, and he has the greatest expertise the children’s footwear industry has seen.” — Joel Oblonsky, president, Lauren and Polo Ralph Lauren footwear brands

“The commitment and support Bob Campbell has provided Two Ten over the years has had a direct and very positive impact on [our organization]. Bob’s leadership on our board has enabled Two Ten to become stronger, to touch and help more people in need, to work more effectively and to always remember our compassion and sense of community.” — Peggy Kim Meill, president, Two Ten Footwear Foundation

“Bobby’s a pro. He’s intense and he’s relentless, regardless of his pursuit. He’s generous with his time and philanthropy. If you’re having a bad day, just call Bobby.” — Ron Fromm, chairman and CEO, Brown Shoe Co.

“We’re a manufacturing and supplychain services company, and BBC International is a client of ours. Bob Campbell is one of the most dynamic individuals I’ve met in the industry. He has the trust of the global brands [his company licenses], and this speaks for his admirable business leadership. He is a true global businessman and his expertise transcends supply chain and global distribution industries. He has established a robust company in BBC, which has penetrated key markets. Bob’s personality energizes anyone he meets, making it fun and exciting to work with him.” — Willie Tan, CEO, Luen Thai Footwear Co.

“I’ve known Bob Campbell for nearly 40 years. In his earliest shoe days [on the retail side], I sold him Trimfoot’s Wee Walker infant brand. More recently, Trimfoot has worked with Bob and BBC International as a licensing and distribution partner. Bob has assembled a sharp and skilled team that can take a great brand and make it more meaningful and important. Bob is one of the brightest people in the industry.” — Larry Skaggs, CEO, Trimfoot Co.

“Bob has been a stalwart of shoe product development and sales forever [it seems]. He has revolutionized kids’ shoes with everything from brands to characters to lights. He also is one of the best partners a retailer could ask for because [retail] is where he began [his career] more years ago than he cares to claim.” — Ken Hicks, chairman and CEO, Foot Locker Inc.

“BBC has been a major partner for a long time. The company is our master footwear licensee, doing all product in the mass, midtier, grocery and value channels. BBC is a huge company, but Bob has the ability to operate like an entrepreneur. He can be aggressive and challenging, but a good partner at the end of the day. He does anything to get the job done. Bob is always accessible — not your typical CEO. He can roll up his sleeves with the rest of us.” — Rob Michaelis, director of footwear and soft accessories, Disney Consumer Products

“I’ve known Bob for about five years, but I should have met him 20 years earlier. [We believe] he can bring a lot to [our business]. We are partners in Charles Jourdan Fashion Footwear LLC. Bob is a guy with an impeccable reputation, a leader and a generous philanthropist.” — Joe Ouaknine, CEO, Titan Industries

“The biggest thing I learned from my dad is that you work for your customer. I was always around his office growing up, and I was the kid with the first pair of lighted shoes. He taught me that product is No. 1. Before launching Upper Echelon Shoes, which I’ve partnered with Steve Madden on since 2009, my dad had me live in a factory in China for a summer during college. I made my first sample for UES on that trip.” — Seth Campbell, designer and founder, Upper Echelon Shoes

“Bobby is one of the industry’s icons, not just for his vast wealth of knowledge and creative approach to products and branding but for his dedication to helping those less fortunate through his tireless work with charitable causes. His boundless energy and enthusiasm give hope to us all.” — Nick Grayston, SVP and president of footwear, Sears Holdings