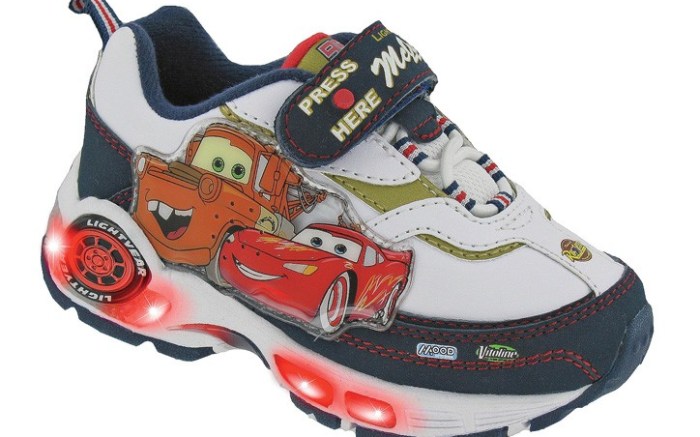 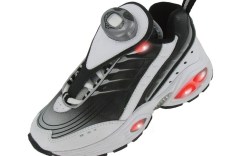 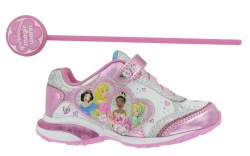 BBC International broke ground in the footwear world when it introduced the first lighted shoes under the LA Gear label in 1992.

What many at the time predicted would be a fad has become one of the most enduring trends in kids’ footwear, with brands across the category embracing the concept in their designs. “I always say it’s the only fad that is going to be around forever — as long as moms keep having kids,” said Chairman and CEO Bob Campbell.

“Light is by far the biggest technology we have,” said Linda Bellone, BBC’s director of product development and special brands. “It’s appealing and it’s fun; it’s like eye candy when a child looks down and sees those lights on the shoes.”

Application of the technology has evolved from a single flashing spot in the bottom of the shoe to multiple lighted points on the upper, tongue, laces and outsole. Colored lights also have been introduced.

For BBC’s design team, the biggest challenge has been coming up with interesting, stylish ways to incorporate the technologies into the shoes, said Design Director Franz Cadet. “It’s [difficult] enough to design product that kids will want to wear,” he said, “so adding the technology in a cool way is key. We need to capture kids’ attention as soon as they walk into the store.”

Building on the success of its lighted product, BBC soon branched out with sound technologies. The company now produces a wide variety of shoes featuring a speaker in the tongue. And as with the lights, unique design applications help bring the technology to life.

For instance, the company has created shoes within the Disney Princess collection that broadcast a character’s voice when a magnetic wand is waved by the shoe. “We’re all about storytelling and the magic of the product, and BBC helps us tell the story through lights and sounds,” said Rob Michaelis, director of footwear and soft accessories for Disney Consumer Products, which has partnered with BBC for 16 years. “When you combine their innovative product development skills with ou r content and characters, it really becomes the perfect marriage. They understand our brand and how to communicate that to the child.”

Michaelis added that the team is currently discussing “new and fresh” product to coincide with the release of “Cars 2” next year. “We’re always working with [BBC] — it’s a constant conversation,” he said. “[The ‘Cars 2’] product is going to be huge, and we’re very excited about it.”

In 1993, BBC generated more buzz when it introduced the Speed Racer, which uses radio frequency technology that calculates the speed kids are running and offers a perf o r m a n c e readout when finished. The technology has been used by Reebok, as well as Clarks in the U.K.

“It’s really appealing to parents,” said Bellone. “Anything that motivates your child to be more active in this age of video games is [a good thing].”

To ensure the safety of its shoes, BBC lab tests all the components according to stringent international children’s product safety standards. Battery life, as well as sound and light quality, are finalized during this time.

As technology has changed, batteries have gotten smaller, allowing the company to reduce the size of the battery pack for a less bulky design, Bellone said, noting that batteries typically last about 90 days before they need to be replaced.

To stay a step ahead of its competitors, BBC continues to explore new concepts and ways to make kids’ footwear more interactive. According to Bellone, the company is researching new partners for 3D imagery, as well as radio frequency and remote control devices.

“We are constantly searching for something new. We really strive to be the innovators in the industry,” she said. “Lights were only [the] beginning, and we are excited to see what the future will hold.”