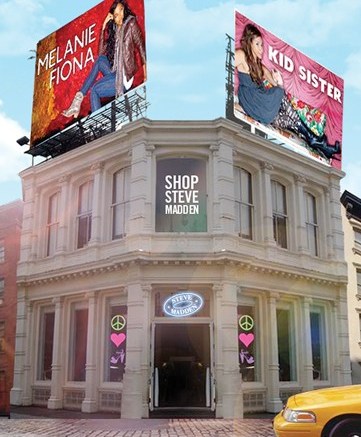 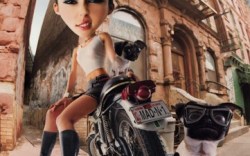 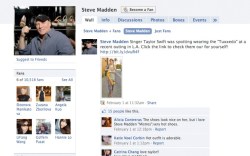 It all started with big heads.

The emergence of Steve Madden as a marketing force dates back to 1997, when the quirky, instantly recognizable “big-head girls” ads first appeared in magazines, on billboards and in subway stations.

“It was images of people who weren’t necessarily humanlike, but had human characteristics,” brand director Rob Schmertz said, remembering the creation of the ads. “The bodies were morphed, so the heads looked oversized. It put those chunky, clunky shoes into relief, and it made the face and the shoes become the focal point.”

Those ads — so different from the fashion images in major magazines — gave the Steve Madden brand an identity that resonated with its core trend-savvy teenage customer. “It allowed a 13- to 19-year-old girl to look at a magazine and see that it wasn’t just these glamorous girls. The ads have a seductive, sexy look, but they don’t cross the line, just like the shoes,” Schmertz said.

“[The big-head girls have] a younger, very playful feel,” confirmed outside brand consultant Kate Newlin. “The look is doll-like and toy-like.”

The big-head girls — all 19 iterations of them — told the Steve Madden story until 2002, when the company made a conscious directional shift.

“It came to a point in time where advertising was changing,” Schmertz said. The Internet was growing, and the company saw an opportunity to communicate with their teen customers in a new way. “While there’s something to be said for a great lifestyle campaign, a print ad today doesn’t quite hold the same cachet it used to. It’s a very small part of a much bigger dialogue,” explained marketing director Gabriella Weiser. Reaching customers online has become a major focus for the brand, she added. The company has developed Stevemadden. com as its centerpiece, and the site acts as its largest retail store. However, it’s also a hub that connects all the brand’s marketing and advertising programs and offers up trend reports and how-to-wear photo spreads on new styles.

The company also has used the Website to create a database of more than 1 million email addresses that it reaches out to “several” times a week to promote new product or drive traffic to the site.

Also key to the brand’s online strategy has been social networking. While Steve Madden uses MySpace and Twitter, Weiser called the brand’s Facebook page — with more than 10,600 fans in 40 countries — its “No. 1 asset” online. She said Facebook directs fans to Stevemadden.com, allows them to watch videos of its artists, look at pictures of celebs in the brand’s shoes and see shots of Steve himself at store events.

“[Facebook] has been a place where we can continue the dialogue with the customer,” Weiser said. “Its greatest benefit is that it’s a hub where we can connect all the dots.” The Facebook page also was key in a contest the brand launched late last year, where customers could submit designs to be manufactured by Steve Madden and sold at partner Zappos.com. “The response was tremendous. It exceeded our expectations,” Weiser said. More than 4,000 entries were submitted and at least 40,000 votes were cast, with 1 million separate engagements (the sum of all entries, votes, reviews and page views) over the course of the first month.

Looking ahead, a tab on the brand’s Facebook page, developed with Buddy Media, will debut in the next few months, and Weiser said continuing to grow the Facebook page will be a priority. “We have to strike a balance and use marketing that relates directly to our customer,” she said. While the metrics of social networking can’t always be directly linked to sales growth, Weiser said they’re still critical. She estimated that the brand’s number of friends has jumped 500 percent year-over-year.

“There’s something to be said for branding. And Steve’s interaction with his fans, you can’t place a dollar amount on it,” she said. With that in mind, Weiser said the company is looking for the next generation of social media: applications and Websites that “pair online social networking and commerce,” she said. “We want to be on the forefront of that movement.”

Also critical to the brand’s marketing efforts has been Steve Madden Music. Launched in June 2008 with the then-little-known Katy Perry, the initiative builds on Madden’s famous love for music and knack for unconventional marketing. “Our goal was — and is — to foster authentic associations with artists while helping them increase visibility via our strong promotional channels and the creation of exclusive content,” Weiser said. In other words, Steve Madden gets hot up-and-comers in its product and on stage in its stores, and the artists get the brand’s marketing and promotional muscle behind their music. In addition to Perry, Shwayze and Lady Gaga have been featured.

“The days of waiting for people to walk into a record store to explore new music are sadly behind us,” said Lori Lambert, SVP of strategic alliances for Universal Motown Republic Group. “By working with the Madden in-store and online program components, we know our consumers are discovering our artists where they already are, in one of their favorite retail environments.”

Rome Thomas, head of sales and artist development for A&M/Octone Records, said, “Working with Steve Madden Music was critical to the K’naan ‘Troubadour’ U.S. album launch. Not only did the campaign give us serious non-traditional visibility — both online and in-store — but the program also yielded outstanding word of mouth with our target demo and industry.”

Going forward, Weiser said, Steve Madden plans to grow the program, expanding the artist roster (Jason DeRulo, Never Shout Never and Kid Sister are slated) as well as the Web presence on Stevemaddenmusic. com. And Weiser said it will grow it geographically as well.

“We will look to take our event series out of New York, to places like South by Southwest and other important festivals and markets.”

As the company celebrates 20 years, also expect the big-head girls to make a comeback. “We’re looking at bringing [them] back in a way that’s unique to today’s women and girls,” Schmertz said. A bighead campaign, he added, would be new to the brand’s 13- to 17-year-old customer, but nostalgic for the 18-andolder crowd.

However, it’s a strategy that could be risky, Newlin said. “The women who responded to the big-head girls have grown up, and the playing field has changed. Now it’s their own money, and there’s Jimmy Choo out there. The competitive field is different,” she said.

The brand declined to comment on the timing of a relaunch, but Schmertz said the ads would be a new twist on the original idea. “We’re going to reemerge the big heads in a different way, not just in print campaigns, but in other avenues,” he said.

And in the new incarnation, the big-head girls will have a new story to tell. “Those ads were lifestyle focused when we didn’t have a lifestyle brand. Today it’s a lifestyle brand,” Schmertz said, adding that Madden’s clothing and accessories could play a part in a campaign.

And with advertising, just as with shoe trends, he said, “it’s all about timing.”