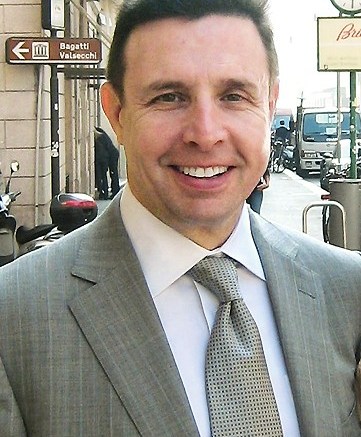 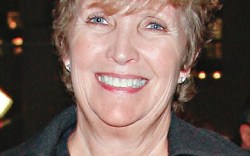 Jack Minuk, EVP & GMM of shoe division, Nordstrom
“We’ve purchased shoes from Steve Madden from the moment he started his own company. We knew Steve when he designed for another company, and we knew he’d be enormously successful if he struck out on his own. Steve is one of the most prolific and creative people in our industry. He is the ultimate student of fashion and of his customer. Steve has built a business model that allows him to respond to the changing fashion environment very quickly. In fact, they are the quickest in the industry. He’s the front-runner in the industry. Everyone is better because they chase him. To be a fashion leader for 20 years is very difficult. Most lose their edge, but Steve gets better and better.”

Russell Orlando, VP & fashion director of accessories, Macy’s
“When you go [to Steve Madden], they are so excited to show the product. The energy level is so high, it’s like they can’t wait to present what they have [for the season]. And they really cover all the bases with shoes. They’re always thinking about what to do next. That’s good for us [because] newness is selling. You need to have that now. When we go [to Steve Madden] we actually have to weed through and pare down, because there is such a plethora of exciting choices.”

Neil Cole, chairman & CEO, Iconix Brand Group Inc.
“Steve Madden has stood the test of time as a truly great shoe man. A self-described ‘cobbler,’ he has truly mastered the art. What I admire most about Steve is his ability to fight through adversity. Steve has dealt with a lot and has become a better person through it all. Steve is a street fighter and a tough competitor, which is why I wanted him on my side with Candie’s. Although he is a partner, I still like to try to beat him at golf.”

Meghan Boyd, buyer, Zappos.com
“Steve has the ability to bring a trend to market faster than anyone in his category. He can identify a trend, design a shoe, manufacture a run in his Long Island City, N.Y., factory and be testing it in his retail stores in less than a week. This gives him the unbelievable advantage of instant customer feedback and allows him to be first to market. He truly has a finger on the customer’s pulse. We’re very proud of our relationship with Steve Madden and are not at all surprised he’s achieved such a milestone of success in his career.”

Debbie King, VP & DMM for women’s shoes, Bloomingdale’s
“Steve does the best job of offering the young contemporary customer fashion at a price. He has consistently been able to show the latest trends faster than other vendors as he shows and manufactures shoes much closer to delivery time. [He] has a tremendous energy and passion about the Steve Madden brand and his customers. He has a great insight into what fashions and trends his customers are looking for.”

Bodo Loerke, co-owner, VP of sales & brand development, Rough Justice
“Steve Madden is a ‘shoe personality,’ and his name and creation changed the footwear world for the better. Many vendors are being inspired to deliver better product all the time, which is good for consumers and vendors. I wish him and his team many years of being a part of the shoe world.”

Liz Rodbell, EVP, Lord & Taylor
“Steven Madden, as a company, understands the customer and is passionate about being on trend at great values. The firm consistently identifies emerging trends and moves with lightning speed to maximize the trends. For example, this fall, they jumped on the Western trend with the Great and the Texic, which have been great performers.”

Scott Krasik, senior analyst, CL King & Associates
“The business worked almost from the start because of Steve’s vision of designing shoes and fast fashion for young women in the city. And at this point, it’s a much better company than it ever was because they have organizational structure: The CEO brings a level of fiscal responsibility to the business, and Steve himself cares a lot more about [profitability] than just growing sales.”

Billy Lawson, owner, Shoe Inn, East Hampton, N.Y.
“Besides being a business associate, I know Steve on a personal level, and I really should probably call him a friend. [I remember] when he was selling shoes by himself in a hotel. … He’s a guy who is full of excitement. When Steve had the Slinky, which was a hot shoe for him — an unbelievable shoe — I was in the showroom with him. We got in the elevator, and he said, ‘What am I going to do next?’ Now this is right in the heart of the Slinky, when he was doing millions of pairs, and his only concern was what was next. His focus was amazing. It wasn’t the Slinky or ‘Look how good I am.’ It was ‘What am I going to do next?’ And that probably offers some insight into what’s kept him around for so long.”

Ron Kenigsberg, president, Miz Mooz
“For a man as passionate, motivated and dedicated as Steve is to his trade, it really should come as no surprise that his company continues to grow and be successful 20 years after its launch. As an intern in the Madden marketing department, I was lucky enough to see firsthand what it took to keep the company on an upward trajectory. Steve is involved in all facets of his business, whether it be the color of a grommet on a lace-up boot, sellthrough with a particular customer, or the intended reach of a marketing strategy. Steve is there to give his insight and opinion. That being said, what I most admire in Steve is his understanding that fashion is not created in boardrooms and on storyboards, but rather by the customers he seeks to sell his product to. I believe it is this quality that has allowed Steve Madden to remain at the forefront of women’s fashion for so long.”

Richard Kirschenbaum, founder & owner, Shoebox, New York
“They’re great at what they do. Steve himself is probably the hardest-working individual I’ve ever seen. He is totally obsessed with his business. He knows every aspect of it, and when you put that much effort and passion into it, you’re successful. He’s the perfect example of effort and passion. In the toughest environment that any of us have ever seen, this guy has managed to rise to the top. It’s remarkable.”

Rachel Funk, merchandiser, Shoemall.com
“We’re very proud to have Steve Madden in our top 10 brands, and they are continually there, whether it’s spring or fall. We carry Madden Girl, Steve Madden and [in fall ’09] started carrying Steven by Steve Madden. So we have the opportunity to bring this brand to people no matter what their economic status may be. And [that customer] can grow up with the brand, so that’s pretty cool. It creates customer loyalty and a bond. You can evolve with the brand as it evolves.”

Jan Friedman, buyer, Jildor Shoes
“Jildor has carried Steve Madden as long as he’s been in business. [We’ve stuck with him over the years] because he’s creative and successful. This year we’ve done well with his shoes. He’s always on top of the latest trends. He brings excitement and creativity, which is something that the shoe business always needs. He understands my customer. I’ve known him since he was a young guy, but who would anticipate that anybody could be this successful? He has accomplished it by working very hard. Steve works very hard.”

Danny Wasserman, owner, Tip Top Shoes, New York
“Steve brings proof that you can start small and if you have the passion and surround yourself with good people, you will succeed most of the time. … [He] made platforms and created a whole wardrobe with them, from penny loafers to sandals and boots, all at his price point for the junior customer. He was the first brand to really understand that customer and what she was willing to pay for fashion. … [On top of that, he] has a charisma that makes him easy to talk to and is a great listener, and he also enjoys giving others opportunities that he feels he may never have received when he first started.”

Faryl Robin Morse, founder & CEO, Farylrobin
“Steve has been very good to me in my career. He’s very supportive, and I admire that. He’s a genius, and you can’t help but respect what he has accomplished. Steve lives and breathes shoes, and he is still one of the hardest-working men in the industry. He loves what he does; he’s a perfect example of someone who wakes up every day, psyched about what he’s doing.”

Elyse Walker, owner, Elyse Walker boutiques, Pacific Palisades, Calif.
“What sets Steve apart from others in the same brand category is that Steve is the brand category and everyone else is just his disciple. … He surrounds himself with a team, and he delegates and empowers. I have personally gotten to know Rob [Schmertz, brand director] over the past few years. And the force that Steve and Rob have when they come to Los Angeles and shop my store is something fierce. They take over my stores like a New York whirlwind. They create energy and excitement, and it is both intoxicating and contagious. After they leave, my staff is on their game and ready to call customers and re-merchandise. It is they like just refueled our retail energy source.”

Jeff Van Sinderen, senior analyst, B. Riley & Co.
“The [affordable] price has helped them enormously in the recent business cycle. That, along with the fact that they have very short lead times. Those two things have helped quite a bit, again, really more in this business cycle than others. The consumer has been focused on value and price points, and the retailers have been focused on how short of a lead time they can get. Those are two major factors in [Madden’s] recent success. They’ve had extremely strong production in the past couple of years, really since Steve has come back [from jail].”