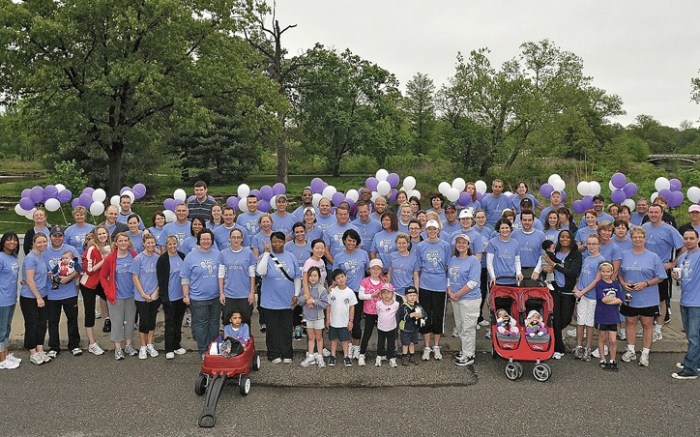 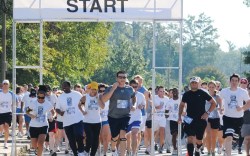 Beyond the celebration of its own longevity, Famous Footwear is marching toward a charitable milestone.

The money raised in its partnership with the March of Dimes, the nonprofit organization dedicated to improving the health of babies by preventing birth defects, premature birth and infant mortality, is set to top $10 million in donations in 2011.

Since then, the St. Louis-based firm has helped raise about $1 million each year, making its total contribution to the March of Dimes $9.6 million to date, said Massey.

In fact, she added, the partnership between the charity organization and the retailer has continued to strengthen and deepen each year.

“This is an anniversary year for Famous, and I have a feeling they will top the $10 million benchmark,” Massey said. “They always strive to improve on and beat their past year’s goal, and this year will probably be no different.”

Famous Footwear’s key initiative for the March of Dimes is designing, producing and selling the official shoe for the organization’s March for Babies campaign each year.

But apart from driving funding, Famous Footwear’s partnership also has helped raise awareness about problems that threaten the health of infants — such as premature birth, birth defects and low birth weight — through various in-store marketing efforts and by offering bonus reward points to encourage loyalty program customers to donate more.

The best part of the partnership, said Massey, is that Famous Footwear’s employees are involved.

Joe Wood, former president of Famous Footwear, kicked off the alliance in 2003 and still serves on the March of Dimes’ national board of trustees. In addition, Brown Shoe Co. Chairman and CEO Ron Fromm and President and COO Diane Sullivan are both active in the St. Louis chapter of the organization.

According to Wood, he felt a social obligation to put the company on a charitable footing when he joined the company in 2002, so he assembled a team of 20 employees to investigate various charities and choose one that spoke to them.

“I put a team together of 20 people, and I said, ‘You’re the ones who need to find a cause you want to support, and then you have my backing,’” he said. “They chose the March of Dimes.

“We’re very proud of the fact that out of the 20,000 companies that raise money for the March of Dimes, we’re one of its top donors,” he said.

To help encourage employee participation, the retailer offers special incentives such as “Jeans Days,” where associates can go to work wearing jeans on Fridays if they donate $10 a month to the charity. And many do.

“You’d be surprised how many people have been personally touched by, or know somebody who has had, a premature baby,” said Steve Schultz, district sales manager for Famous Footwear in Northern California and a 20-year veteran volunteer with the March of Dimes.

According to Massey, more than half a million babies are born prematurely in the U.S. each year, and Famous Footwear’s retail network is a good place to get the March of Dimes message out to families when they shop for shoes.

Parent Brown Shoe’s philanthropic efforts started in 1878 with company founder George Warren Brown, who started several cultural institutions and programs and bequeathed half his fortune to organizations such as the Y.M.C.A., universities and colleges, orphanages, missions and homes for the elderly.

The company also supports the Grand Center in St. Louis and has funded two scholarships with the Jackie Robinson Foundation, said Dorothy Bell, manager of corporate and community engagement at Brown Shoe.

The company has also, in association with FFANY’s Shoes on Sale, helped to sell more than a million pairs of shoes to raise roughly $32 million to fund cutting-edge breast cancer research and education at leading hospitals and research institutions. Since 2005, the firm has donated $500,000 worth of shoes — including styles by Naturalizer, Dr Scholl’s, Via Spiga, Etienne Aigner and Fergie — to the charity shoe sale each year, and is now considered a “Special Pink Benefactor” of the event, said Bell.

Giving back to the community matters to Brown Shoe, said Jo Ann Miles, the firm’s VP of retail marketing, planning and operations, because the group has a retail network spanning North America, as well as global operations in Canada, China and Italy, and has the ability to touch the lives of so many people.

“We have more than 1,000 stores out there, and it’s important to us that the money raised stays in those communities where customers live and work,” added Miles.

With one fundraising milestone about to pass, executives at Famous Footwear said they are exploring ways to use social media to further spread the word about the March of Dimes mission.

Last year, the retailer tested the waters by holding a “Funniest Baby” contest on its Facebook page, calling it a great opportunity to talk about the March of Dimes and the March for Babies with all its Facebook fans. The contest received 230 photo entries.

“It’s not so much about setting higher [donation] targets as it is about creative ways to get the word out,” said Miles.

She also added that Famous Footwear has “started a preliminary dialogue to connect with other March of Dimes sponsors to make [the impact of the mission] bigger and better for everyone.”

Massey added: “We’ve learned through this long partnership that we need to keep [initiatives] fresh and re-energized every year. We’re thinking about [reaching out to] new audiences, and social media has become a big direction for all our partnerships.”