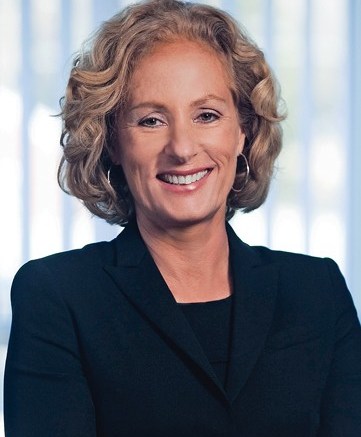 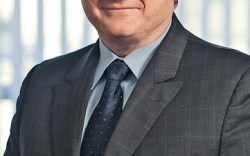 As the 50-year-old retailer rises from the recession, it does so as a leaner, more profitable company. It’s also better connected to its consumer base than ever before.

The secret, said Diane Sullivan, president and COO of Brown Shoe, is that while other companies retreated during the recession, Famous aggressively communicated trends in stores, engaged customers and improved store productivity.

“Unlike a lot of companies that have gone through the recession, we were fortunate that we were in a position to redouble our efforts and increase the rate of change we’ve had within the chain,” Sullivan said. “The results have been broad-based across a lot of different categories of business and locations.”

In fact, while dozens of retailers struggled over the past year, Famous chalked up an 11.8 percent increase in same-store sales during the second quarter. And for the first half of 2010, comparable-store sales rose 13.6 percent.

Sullivan said the company hasn’t changed its core strategy to achieve such stellar results. The chain still aims to provide top brands at affordable prices for families. What has changed, she said, is the way the company communicates with — and engages — shoppers.

“What we’re working hard on is how we tell [the story of trends like toning] to the consumers in our stores,” she said. “When she walks in, it’s very clear to her [now] that toning is important, or boots, or sandals, or the new lighter-weight technologies. We’ve really worked on how we tell that story and how we connect [to consumers].”

A year ago, Famous Footwear embarked on an initiative to drive brand awareness.

“For the first time this past year, we had a national cable advertising campaign,” Sullivan said. “We also had a tremendous amount of localized marketing efforts, and viral and digital efforts.”

The chain also spent a great deal of time listening to consumers about what they want, helping to shape the company’s buying plans.

“We listen very carefully about where the customer is going from a merchandise perspective and this whole healthy living [trend] and focus on fitness footwear,” she said. “We’ve made sure we’ve placed the right kinds of buys around where she wants to invest her money, whether that’s in the toning category or, this season, in the boot category.”

That’s a level of engagement Brown Shoe Chairman and CEO Ron Fromm said will be key for the chain moving forward.

While Famous’ past may be rooted in brand names at discount prices, its future will hinge on its ability to continually engage and entice shoppers, he said.

“As I look at the evolution of Famous Footwear, it started with a group of people who were terrific buyers,” he said. “That was good during the start-up days and for a decade or so. Then it really became a merchant-driven business [led by those] who could not only buy goods but put together assortments that were right on-trend. Today, that evolution is about being a terrific marketer.”

Still, Fromm pointed out that the chain doesn’t try to push items or trends on consumers, but rather provides them with products and styling they already are craving.

“One of the real hidden mysteries of Famous Footwear’s success is our concept that we don’t decide for her, we facilitate her experience,” Fromm said.

“To me, the next evolution of Famous Footwear will be to allow her to edit [our product] assortment and have her participate in that process,” he added. “That interaction and interactivity will be key. It’s going to be an exciting future as we bring those elements of marketing and product assortment and planning all together and allow her to be a part of it.”

And even as the chain celebrates its golden anniversary, Fromm said there is plenty of opportunity ahead to expand the concept in the U.S. by as much as 400 to 500 additional stores.

While Fromm said he doesn’t generally measure business success by anniversaries or the passage of time, watching Famous celebrate its lasting leadership position in the industry is particularly gratifying.

“It’s always fun to remember where you were and how you got here,” Fromm said. “Certainly, 50 years is something worth acknowledging. It’s exciting, and we celebrate its success. It speaks to the resilience and relevance of the concept today, and, hopefully, forever.”