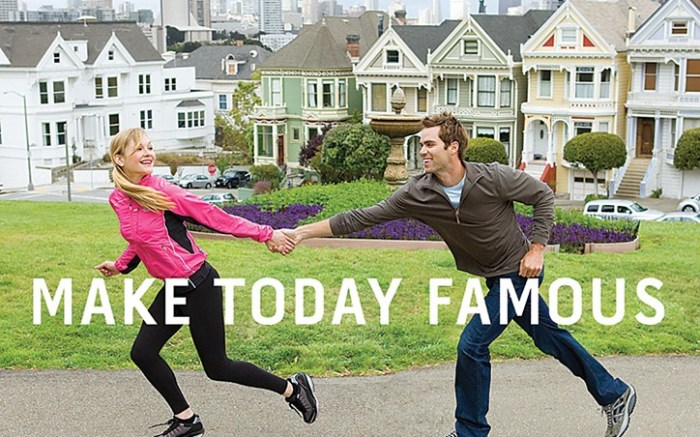 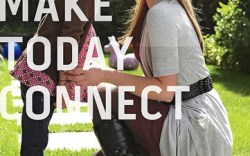 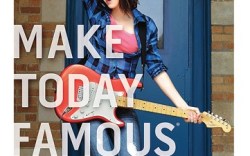 Famous Footwear thinks it knows a thing or two about living the high life, and it has nothing to do with paparazzi and million-dollar paychecks.

The family retail chain was originally named in reference to the many well-known brands stocked on its shelves, but last fall, the company unveiled a new advertising concept with the goal of sharing the benefits of fame. The campaign, called “Make Today Famous,” was designed to create excitement and spotlight the chain’s core customers: moms.

“In our 50-year history, we’ve been about value and brands, but we needed to talk about how easy it is to have a successful [and enjoyable shopping experience],” said Will Smith, SVP of marketing for Famous Footwear. “What ‘Make Today’ is supposed to do is inspire her and connect the idea that she doesn’t have to break the budget to find something great. It’s not really about the hunt, but about the find.”

Initially, the campaign was criticized by advertising pundits for trying to take its brand up-market. In a review last fall in Ad Age, columnist Bob Garfield (and several of his readers) wrote that there was a disconnect between the retailer’s message about enjoying life and its identity as a family footwear chain.

However, the campaign seems to have resonated. As of Sept. 23, Famous Footwear had a score of 17 on the BrandIndex (a measure of brand health), up from 11 in June 2009.

“Our data shows brand health improving from just prior to the campaign launch [in July],” said Ted Marzilli, SVP and global managing director of BrandIndex. “It also seems like they had some pretty good sales numbers in the quarters since the campaign was launched, so the consumer data and financials seem to match.”

Smith agreed, noting that the company will stick with the concept this year on the consumer front (ads about the 50th anniversary will appear only in trade publications). “When looking at the sales performance, we’re doing really well,” he said. “We’re seeing some of the best numbers in Famous’ history. We feel we’ve struck a real chord with the customer.”

The “Make Today Famous” concept was developed with Campbell Mithun, hired in May 2008 as the agency of record for Famous Footwear.

Around the same time, Smith joined the marketing team after stints at Steve & Barry’s and Liz Claiborne, and together with Famous’ in-house marketing group, they rebooted the chain’s brand messaging.

In 2009, during the worst of the recession, when many retailers were scaling back, the company committed nearly $20 million to advertising, down only slightly from the $21 million spent in 2008, according to data from Kantar Media.

In addition to crafting its new message, Famous Footwear also has devoted more resources to understanding its customer, said Smith. Through a range of research methods — including phone and online surveys, focus groups and even surveillance in stores — the company has learned that the Famous woman is more complicated than was expected.

“There are three faces to the Famous customer,” said Smith. “One is more digital, one more fashion conscious and up on the trends, and one is more traditional. When we talk about our plans, we talk about how to reach all those different faces. We haven’t changed who we talk to, but we’re trying to get smarter about how we talk to her and what we say.”

As part of that effort, Famous Footwear is broadening its visibility. This fall, it will broadcast more ads on national cable networks and extend its viral efforts online. It also is making a big digital push with iPhone and Android apps (for more on those, see page 36).

But the retailer isn’t ignoring traditional methods in its push to modernize. This month, it will unveil advertorials in Seventeen, Marie Claire, Glamour and other women’s publications. The campaign has what Smith describes as “360-degree connectivity,” utilizing every available avenue of communication. “There are so many touch points now, we think the opportunities are immense and we’re going after all of them,” said Smith. “And we’re delivering in a timely fashion.”

Bruce Thorpe, a director at consulting firm CoreBrand, noted that Famous Footwear has succeeded in developing a cohesive identity across channels. “They have created a clear, well-positioned brand, and then they deliver on it,” he said. “And online, that’s the same experience they’re offering in the store.”

One of the company’s biggest talking points in its ads is the wellness movement. Last spring it debuted an in-store magazine called “Mind Body Sole” that contained information about healthy living and toning product carried in the chain’s stores. On the cover of the publication was Ali Vincent, the first female winner of “The Biggest Loser.” Taking her spot this fall will be an even more famous face: talk-show host and Ryka spokeswoman Kelly Ripa.

Smith said the publication would continue to focus on fitness, with shoe reviews and content about leading an active lifestyle. However, it could be distributed more widely, in supermarkets and other locations. “We’re looking at how we can connect with the consumer with something that fits into multiple aspects of her life,” he said.