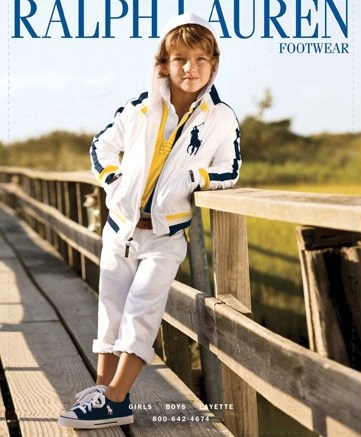 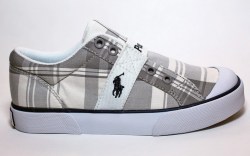 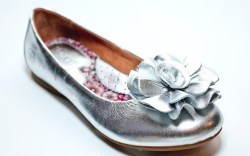 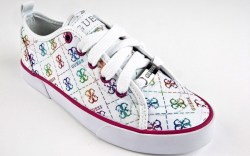 BBC has big plans, and the branded division is the centerpiece.

Since its founding 35 years ago, Bob Campbell’s firm has solidified itself as a dominant player in the children’s arena with a powerful portfolio of international brands.

Now, the Boca Raton, Fla.-based company, which made its name in the children’s licensed character footwear business, considers the branded division to be a big part of its future at home and on the global landscape.

“BBC’s strategy, growth and vision as we move forward [revolves around] brands that have a worldwide penetration,” said Al Kishfy, the firm’s SVP of global markets. “We are now on about every continent [and] see significant growth for the company and expansion for brands we’re already partnered with and for future brands.”

Over the years, the company has built an impressive list of partners — including Polo Ralph Lauren, Guess, Born and DKNY, which is being rolled out for spring ’11 — and sees those relationships as the company’s driving force.

“[The branded division] has been a total growth avenue,” said Tracey McLeod, BBC’s president of worldwide product sales and marketing, noting that 15 years ago, BBC was predominantly in the character licensing business. “Today we are pretty even with [creating children’s footwear] for brands and characters. We’re not pigeonholed into any one specific area, [and] it has allowed us to be meaningful in all areas of the children’s [market].”

Operating from BBC’s Boston office since 1996, the branded division is headed up by McLeod and operates independently from the Florida headquarters, with separate marketing, design and sales teams in place for each of the brands on the company’s roster. Executives there have homed in on global lifestyle brands — such as Polo, which became part of BBC’s portfolio in 2000 — to also bolster relationships with high-end retailers, from Nordstrom to France’s Galleries Lafayette.

To that end, Kishfy, who also oversees the Polo license, has been following the lead of the adult line to reach higher channels of distribution by elevating the collection. The brand has expanded its children’s footwear program this fall to include handmade boys’ moccasins priced between $150 and $200, and its girls’ Italian-made riding boot is retailing for 500 pounds, or $800, at Harrods in London.

“There are a lot of brands out there that are tightening the belt and might be cutting a few corners, but we’re doing the exact opposite,” Kishfy said, noting that the Polo kids’ division has started to carve out larger spaces at Saksfifthavenue.com, Neiman Marcus and Bloomingdale’s. “We’re upping the quality and making sure the level of the brand is meeting the standards and the needs of the mother company.”

It’s BBC’s attention to detail and knowledge of the international space that has made the firm a good, long-term partner, said Joel Oblonsky, president of Lauren and Polo Ralph Lauren footwear brands at Ralph Lauren.

“The execution is flawless. From a merchandising and development perspective, they have a true understanding of our DNA, the lifestyle we represent and how to execute that in the product,” Oblonsky said. “We’re positioned with the best retail partners worldwide, [and they] signify the aspirational qualities our brand represents.”

BBC also has been moving to boost its selection of brands to reach a more diverse audience across a range of price points. DKNY is entering the mix in 2011; a deal with Guess was signed in 2006; and last year, the firm partnered with H.H. Brown to license footwear under the Born and B.o.c. by Born labels.

“Born will reach [a consumer] that some of our other brands might not get to,” said David Kern, BBC’s VP of marketing and sales who heads up the Born division. “We’re not looking to compete or overlap too heavily on one look, [and that] is one of our strengths. There’s a drastic difference between Born and what Guess or Polo, [for example], will put on the table.”

Born rolled out its first full collection this fall and is expanding for spring ’11 with girls’ sandals and openedup looks featuring the brand’s oversized floral embellishments, Kern said. Infant footwear under the NuBorn nameplate is also included in the mix, and boys’ shoes will be added in the coming seasons.

While its focus is on the higher-end market, the company has recently expanded its client list to include deals with skate brands NSS and Osiris, and fashion-athletic line Pony. (The company also works in conjunction with Reebok on its kids’ line, with Kohl’s on Tony Hawk footwear for young adults and children, and with Payless ShoeSource on the Airwalk line.)

“We have skate, but could fill in athletic in both the lifestyle and performance [divisions],” she said. “Our plate is fairly full, but if I had my druthers, it would be [adding to] that area. Kids are in sneakers all day long, and it’s one of the largest categories in kids’ footwear.”

And although McLeod said executives are pleased with BBC’s current mix of brands, the company’s chairman and CEO has never been one to overlook a prospect or pass up new opportunities.

“I work for Bob Campbell,” she said, “so we’re always looking.”