Milestone: A Via Revival 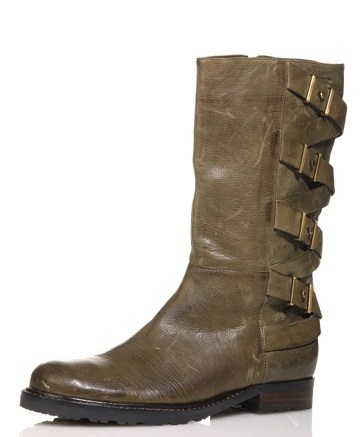 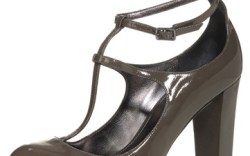 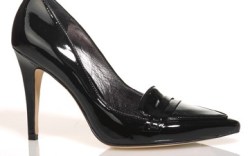 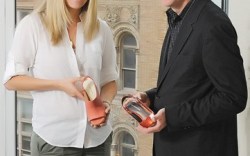 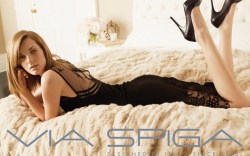 Via Spiga is banking on its good reputation.

The women’s label was purchased by Brown Shoe Co. in 2005, and despite losing its way during a series of previous acquisitions, executives at the St. Louis-based company said the contemporary staple is back on track.

“Everyone always rooted for [Via Spiga],” said Diane Sullivan, president and COO of Brown. “Customers and retailers all have great memories of it, and it was sitting there latent with tremendous opportunity.”

Brown is leaning on a team of industry veterans to propel the Via Spiga business forward, reestablish the name as a key player in the contemporary market and bolster partnerships with existing accounts.

“This contemporary fashion space is really hot right now and will be relevant to consumers in the future. It’s a key area of growth for our company,” Sullivan said of Via Spiga, part of Brown’s growing portfolio of fashion-forward brands, which also includes Vera Wang Lavender and Sam Edelman.

To that end, the company in April tapped Jennifer Masella — who has worked at Kate Spade and Stuart Weitzman — as the brand’s GM, rounding out a senior lineup that includes Via Spiga creative director Paola Venturi and Jay Schmidt, Brown’s SVP and GM of image brands.

“The foundation is in place, and now it’s about taking advantage of that foundation and reaching more consumers,” Sullivan said.

While Brown has long-term plans for growing the brand at home and abroad, its top goals for 2010 are to strengthen the product mix and expand within Via Spiga’s existing categories. For now, the company is concentrating on building with current accounts — including department stores Macy’s, Bloomingdale’s, Nordstrom and Lord & Taylor, as well as independents and boutiques — rather than expanding the store count. “We’re very comfortable with the retail partners we have and think there is still a lot of wood to chop there,” Sullivan said. “[Now] we have to make sure we’re doing everything we can to grow within our existing partners.”

According to The NPD Group’s retail tracking service, Via Spiga’s sales have grown about 60 percent over the last year, placing it in the No. 4 spot on a list of bridge/designer labels that include Cole Haan, Stuart Weitzman and Donald J Pliner.

On the product side, the brand has broadened its offering of women’s footwear, spanning espadrilles, fashionable sneakers, platform pumps and tall boots, priced between $175 and $395. Non-footwear categories, all of which are created by licensing partners, include eyewear, handbags, outerwear and belts.

“Expanding into other lifestyle needs is a big objective because that’s what the customer wants,” Masella said, noting that Via Spiga’s casual collection could add a line of ballet flats and moccasins. “It’s a work in progress.”

Brown’s efforts have been sitting well with retailers. Scott Marcus, owner of Dolly Duz in Boca Raton, Fla., has been carrying the Via Spiga line on and off since its launch in 1985, and said the moderate prices and continually updated product have given the Via Spiga name a boost in his shop.

“Brown has a great grasp of what the product should have been and has made the changes to make it a successful brand,” he said. “[Via Spiga] is a well-balanced line that’s affordable, and the intrinsic value is really there.”

As the brand grows, execs at Brown also are focused on building its consumer following. The company bowed a Via Spiga flagship store in New York in late 2008 and launched e-commerce 18 months ago. Plans to bolster Via Spiga’s presence on Facebook and other social media forums are slated for fall ’10 and could create more visibility for Venturi.

“The next goal is to integrate Paola into the website,” Schmidt said, adding that the designer has made numerous personal appearances at department stores to mingle with consumers. “Her name isn’t on the box, but [the events] have been amazingly successful. But that’s only one day out of the year, [and] we want to get the message out there in a more significant way, so more people can connect with her.”

For her part, Venturi, who joined Via Spiga in January 2009 and is based out of Florence, Italy, has been working to build relationships with licensees, formulate a clear message about the brand’s lifestyle and make inroads with factories in China, where about 80 percent of the product is manufactured. (Brown has been steadily moving Via Spiga production out of Brazil in recent seasons, favoring its large network of factories in Asia.)

While Brown hopes to grow the brand abroad, the rough economic climate over the last two years has forced it to reassess its strategy for approaching branded retail, which at one point included bowing at least 100 Via Spiga stores in China by 2010. The brand has more than doubled its international presence since 2005 and is now sold in about 17 countries, including Italy, Malaysia, Belgium and New Zealand, but Schmidt said concrete plans for bolstering business overseas are still being developed.

Still, he explained, the company aims to raise Via Spiga’s profile in Italy, tapping into the consumer base Venturi connects with on a daily basis. “Paola maintains great relationships with our Italian retail partners,” Schmidt said, adding that Via Spiga is working with local distributors, has opened a showroom in Milan and is presenting the collection at Micam. “Women in Italy recognize the Via Spiga name and have had a great reaction to the footwear.” — With contributions from Nancy Mucciarone