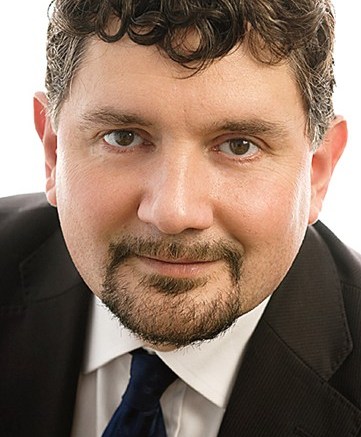 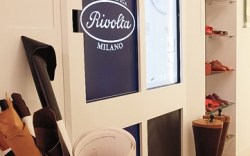 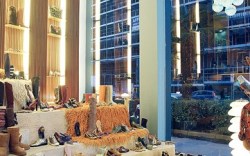 Show Notes
While the global economy remains challenging and high-end Italian producers continue to face big obstacles, organizers of Micam are still expecting a brighter mood at this week’s show.

Micam will kick off tomorrow at the Fiera Milano Rho fairgrounds, with 1,597 exhibitors, including 590 companies from outside Italy.

“Micam and Milan are very important to the footwear business. Despite the crisis, the show is holding up pretty well and is becoming stronger [for international players],” said Fabio Aromatici, GM of ANCI, the Italian footwear manufacturers’ association, which runs Micam. He cited a growing presence from countries such as Argentina, the U.K. and Portugal this time around.

At home, however, Italian producers continue to struggle, and the economic downturn exacerbated their woes in 2009.

“We’ve lost about a third of our export to the States,” said Aromatici. “The economy hit the high-end market the most, so [upscale Italian names] are being impacted the most.”

That being said, ANCI is working to highlight the positive developments in the market. Micam will recognize New York-based Bergdorf Goodman with the “best international buyer” award during the trade show’s opening night gala on Tuesday.

The ANCI Creative Award will also be handed out for the third time. This season, the group solicited submissions from digital artists, who have submitted 3-D images showcasing Italian footwear designs. Twenty selected works will be on display in a special gallery on site, and the winner’s work will be featured in a special 3-D film.

Here, Aromatici discusses the state of the Italian market and this week’s show.

FN: After a tough 2009, what is your outlook for the Italian industry in 2010?
FA: We think we will have an increase in sales. We are looking mostly to Europe, to places such as Germany, France, Spain and the U.K. Many of our companies have used the last year and a half to work hard on investments in research and development and invest in new technology … to become more competitive.

FN: What is ANCI doing to support Italian companies during the difficult economy?
FA: A couple of years ago, we started pulling together trend resources to help manufacturers interpret the mood of buyers and determine how fashion is evolving. The companies have done their homework and are finding niches.

FN: How are buyers feeling heading into fall ’10?
FA: People want to put the crisis behind them. We [are starting to see] upward movement from retailers. You will definitely see a more positive vibe … although [people are not expecting] a boom.

FN: How are you promoting Micam’s connection to the city of Milan?
FA: We are trying to open up the doors of Milan to Micam attendees and bring more of the action downtown. We will have more of a presence in hotels, with visual Internet presentations about the fair.

Calzoleria Rivolta, 17 Via della Spiga
Bespoke men’s shoemaker Calzoleria Rivolta showcases a high-tech approach in its Via della Spiga store. Just down the road from where the brand’s original shop once stood, the outpost, which opened last April, allows customers to use a touchscreen to choose the leather, heel and sole style of their shoes. A second screen projects an image of how the chosen shoe will look. To ensure the best fit possible, shoppers also can have a laser scan taken of their foot to create a last for each pair of shoes. The cost is roughly 1,500 euros, or $2,060 at current exchange, for one pair of the shoes, plus lifetime cleaning services.

Barbara B5, 5 Via Borgogna
After 15 years at the helm of her family business — Milan’s footwear landmark La Vetrina di Beryl — Barbara Beryl Villa has opened a store on the other side of town. Barbara B5, which debuted last September, boasts a strong mix of up-and-coming brands, including Jerome C. Rousseau, David Wyatt, Chrissie Morris, Maloles, Max Kibardin, Raphael Young and Claudio Montias, and also features veteran designers such as Ernesto Esposito and Robert Clergerie, as well as more accessible lines like Bloch, Logan and Melissa. “I wanted my store to find a balance between fashion and exclusivity, and not limit the choice to simply the dramatic and the expensive,” said Beryl Villa. Prices range from 100 euros to 600 euros, or $136 to $818 at current exchange.

Sounding Off
Vendors and buyers weigh in on the Micam show.

Edna Galo, owner, Galo Shoes in New York
On Milan: “I like to shop to look at some of the Italian trends. I like to look at the windows of Armani, Louis Vuitton, Tod’s and Prada. Even though we have those stores here, it’s good to look at them in Milan for merchandising ideas.”

David Markowitz, president, Davids/Markio Design in Toronto
Buying strategy: “We’re looking for aspirational luxury looks. The over-the-knee boot has been dominant, so we’re looking for the European translation of that to try to relay it to our market.”

Bettye Muller, designer
Expectations: “The Japanese market looks like it’s coming on strong. I’m really positive about the international buyers that are coming through.”

Jon Harris, owner, Gregory’s Shoes in Dallas
Buying strategy: “The Italians have been at the forefront of fashion, so we’re really looking for a wide range of everything. The vendors we have now are great, but we’re definitely looking for some new ones.”