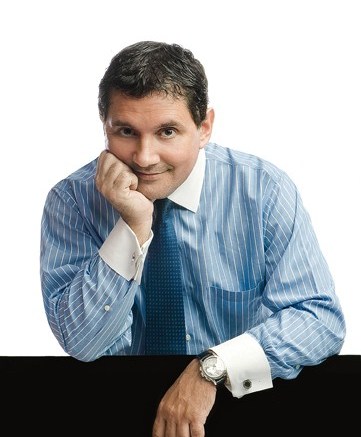 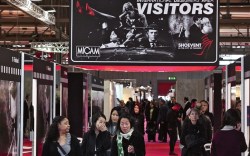 As the economy shows signs of improvement, Micam hopes to drive new enthusiasm to the footwear industry.

This time, the four-day event, to be held Sept. 19-22, will kick off on a Sunday at the Fiera Milano Rho fairgrounds. Show organizers expect roughly 1,600 exhibitors, 585 of them from outside Italy.

Fabio Aromatici, GM of ANCI, the Italian footwear manufacturers’ association, said that while Europe is still in recovery mode, the economic situation looks better than a few months ago.

“The crisis is obviously not over yet, but we have witnessed consistent improvement in the first five months of the year,” he said, adding that official export statistics show an 8.8 percent increase in the number of pairs exported from Italy during this timeframe. Aromatici said he expects that by June 2011, exports will be up 20 percent for the month from the previous year.

Demand from the U.S. for Italian products is also on the rise, Aromatici said. “The future doesn’t look completely bright yet, but we can see some stars in it,” he said. “The good news is that in 2010, [the U.S.] clearly became our third market of destination after France and Germany.”

Prior to the economic crisis, the U.S. was the fifth market of destination, dropping to eighth during the depths of the recession, Aromatici said. “In the first five months of 2010, we have witnessed an 8 percent increase in value and 11 percent increase in quantity [of orders to the U.S.],” he said. “It also proves that Italian manufacturers are improving their price/quality ratio because the average price decreased by 3 percent.”

Other bright spots, noted by Aromatici, are the U.K. and Russia, which is “marking good growth, with the mood improving rapidly.”

Micam’s inclusion of a Sunday market day comes in response to a survey carried out during the March edition, which found that many Italian buyers were unable to leave their stores from Monday to Saturday. It is hoped that the Sunday start will lift attendance of Italian retailers and other mom-and-pop stores from southern Europe.

Vendors and buyers weigh in on how they’ll spend their time at the upcoming event.

“I have been visiting Micam for the past 31 years. This time we will be looking for trendy styles, mostly sandals and wedges. Because the U.S. dollar against the euro is much better, it will allow me to buy higher-quality product.”
— Edna Galo, owner, Galo Shoes, New York

“Micam is a great fair to check on colors, shapes and trends for the forthcoming season. We are not on the lookout for anything in particular, but always walk the show, especially the international designers’ area, for any new, exciting brands and to visit existing brands.”
— Nichola Carroll, buyer of branded footwear, Asos.com, London

“We are showing at two venues for the first time: Micam and a temporary showroom at 26 Via Sirtori. We will stay in Milan a further five days after Micam to meet with ready-to-wear customers who are flying in for the runway shows, as the numbers of clothing retailers buying our shoes is growing.”
— Andreas Kurz, export director, Pedro Garcia, Elda, Spain

Side Show
Micam’s organizers have arranged a busy schedule of events to entice attendees, as well as to build buzz about shoes made in Italy.

Monday, Sept. 20
11 a.m.: 11th ANCI Miur Competition
Winners will be offered a guided tour of a number of art-related sites in the center of Milan in the afternoon.

7:30 p.m.: ANCI Interior Design Award Ceremony
The international competition is aimed at architecture and design studios that can design innovative premises for footwear retailers. The prize for first place will be given out at an official ceremony to be held before the Italian and foreign press. The first 30 designs to be picked will be showcased here.

8 p.m.: Micam Classic Gala Dinner
Welcome cocktails will be followed by a buffet and a performance by an ensemble of 200 musicians playing pieces from “Romeo & Juliet” and “Aida.”

Micam Point, Central Milan
An area dedicated to Micam will be set up in the main lounge of Hotel Boscolo Exedra Milan at 6 Corso Matteotti, close to Via Montenapoleone. It is open to all Micam exhibitors and visitors, and features information regarding Micam and a video on fashion trends interspersed with live feeds from the show floor.

Made in Italy Exhibit in Largo Cairoli
Inside the stand, visitors will be able to measure and analyze the way they walk and receive a free giveaway at the end of their visit. This will include the results of the analysis, a leather bookmark and the booklet “I love Italian shoes — A passion for shoes,” produced by ANCI.