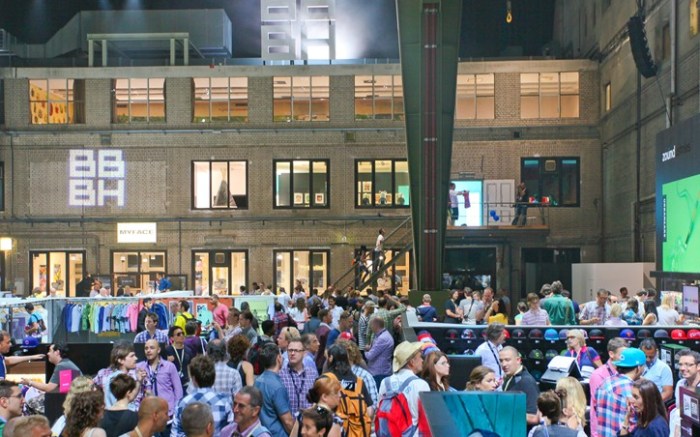 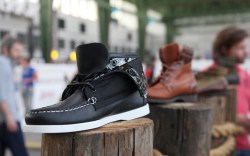 Newcomers to the Bread & Butter show, held July 7-9 in Berlin, said demand for upscale men’s shoes in Europe was on the rise.

Japanese sneaker brand TST, designed by Seishi Tanaka was another first-timer at the show. “We are very successful in Italy and now want to expand into the rest of Europe,” said Richard Shackleton, sales manager at the brand’s London-based distributor Concrete Studio.

Scott Emerson, the London-based designer behind Narrative, unveiled his upscale 123-124 collection at the show for the first time. Sharing a stand with Officine Creative, whose owner is also a partner in 123-124, Emerson said the Goodyear-welted shoes are made from cordovan and individually dyed, a process that takes two weeks from start to finish. Despite the hefty $1,000 starting retail price, the collection, which debuted for fall ’10, has already been picked up for spring ’11 by Barneys New York, L’Eclaireur in Paris and Apartment in Berlin.