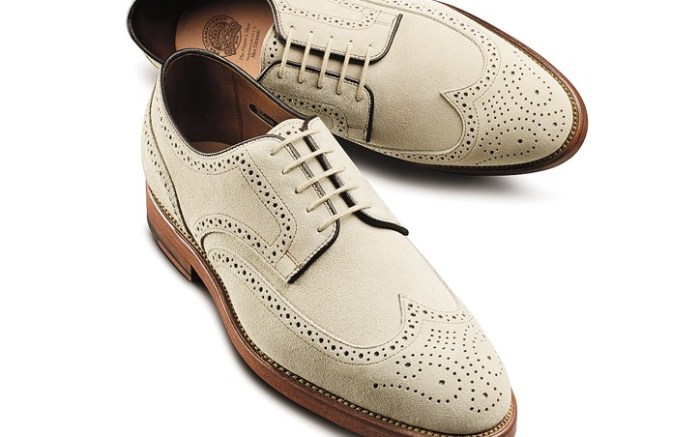 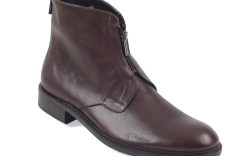 When the 92nd PGA Championship kicks off on Aug. 12 at Whistling Straits in Kohler, Wis., Allen Edmonds will present participants with a pair of leather-sole wingtips made in its factory in nearby Port Washington. Colin Hall, chief marketing officer for the brand, said there’s great synergy between Allen Edmonds and this year’s tournament. “We cherish our Wisconsin heritage, and having this great event 30 minutes up the road at Kohler made for an outstanding opportunity to enhance the Wisconsin experience,” he said. The golfers can choose from one of five colors of the style, which has been coined The Player’s Shoe. Set for October delivery, the shoes will be available at Allen Edmonds stores, on Allenedmonds.com and at better specialty stores. Pricing has not yet been determined.

Designer Mark Nason is expanding his product repertoire with eyewear. Under a licensing agreement with Viva International Group of Somerville, N.J., the men’s and women’s sunglasses collections are set to debut in January, with a companion prescription eyewear line to follow in 2012. Roxanne Galari, GM of brands for Viva, said that, like the shoes, the eyewear will feature Nason’s edgy details, such as his signature dragon. Made in Italy, the sunglasses will retail for $250 to $325 and will be targeted to many of the same retailers as the shoe line, in addition to eyewear channels.

New York-based Deer Stags, known for its comfort footwear, is stepping into new fashion territory with Rockadelic, a collection of men’s shoes aimed at the contemporary market. Creative Director Alison Muskat said the line offers versatile styles that work with a suit for day and denim for night, adding that it leaves the bling behind, instead focusing on sophisticated takes on vulcanized shoes and boots. “They’re re-creations of recognizable looks, but with a twist,” she said. Retailing for $90 to $150, a capsule collection is launching in November, with a full offering slated for spring ’11. The shoes are available on an open-stock program.

United Nude is adding men’s shoes for spring ’11. According to the company, male consumers who admired the architectural styling of the women’s line, created by the brand’s founder and creative director, Rem D. Koolhaas, began requesting a men’s offering, sparking the companion collection. Distributed by New York-based Highline United, the trio of looks includes a casual shoe with the brand’s signature elastic treatments, a low-profile laceup with lazer-cut details on the sides and a dress oxford with an architectural influence. Available in 20 SKUs, the collection is due to hit stores in February. The casuals retail for $145 to $165, with the dress style priced at $480.