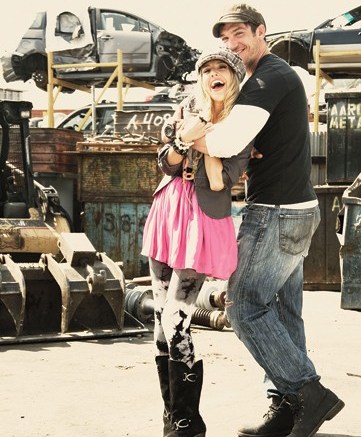 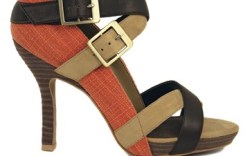 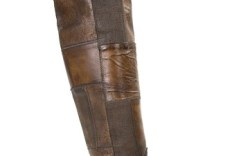 For years, women raided their boyfriends’ closets for dress shirts and oversize sweaters. But today, they’re after a pair of boots.

To satisfy those cravings for masculine shoes, several men’s brands have stepped into the women’s market with companion lines.

Take, for instance, collections such as Wolverine’s 1,000 Mile and 1883. According to Roger Huard, VP of product development for Wolverine Footwear Group, retailers asked for a women’s 1883 offering because of the brand’s androgynous styling. So next spring, it will debut a low-cut women’s version of the men’s Clapton moc-toe workboot. “It was a no-brainer,” said Huard.

“I’ve been getting more and more women buying men’s shoes, if they can fit into them,” said Taffel, who already carries the men’s 1,000 Mile.

While some brands were prompted to expand into women’s by retailers who have had success selling the men’s lines, others had the ladies in mind from day one.

“The decision to enter this hypercompetitive field was always part of the original brand platform and plan,” said Ori Rosenbaum, president and CEO of Auri Footwear, in Laguna Beach, Calif., which launched a women’s line for spring ’09, a year after debuting men’s.

“We were pushed to launch sooner because of the overwhelming response from female buyers who were getting our men’s line for their stores,” Rosenbaum said.

That turned out to be a good move. Rosenbaum said the first women’s collection sold out.

“This gave us the confidence to pour a huge amount of resources in this direction and develop a much broader and more fashionable assortment for spring ’11,” he said about the comfort-rooted collection of pumps, sandals and boots.

Rosenbaum predicted that the women’s business could outpace men’s by the end of next year.

Both the Auri women’s and men’s collections have been picked up by Euro Walk Shoes, the Palo Alto, Calif.-based firm that operates the Shuz chain and Robert Krohn store in Northern California.

John Riker, owner of Euro Walk, said he initially bought the men’s line for its comfort features. But he added the women’s line for spring ’10 because of its blend of fashion and comfort at attractive prices of $120 to $140. “The Jamie, a little skimmer, rang the register this spring,” he said.

Others have also had success by appealing to both genders.

When Roger Orozco, president and creative director of Bed Stu, in Camarillo, Calif., launched his men’s line in 1995, women’s product wasn’t part of the plan. But 11 years later, it was.

“Customers were pulling us in that direction. Our customers liked what we were doing with men’s,” he said about his decision to launch a women’s line of unisex-inspired styles in 2006. “We were expressing the same things in women’s as men’s, from textures to finishes.”

That, too, brought in healthy sales. Orozco said the women’s business has grown 30 percent this year. “We didn’t do the sexy thing. It [was about] the girl who would like to get into a pair of her boyfriend’s boots,” he said.

But the brand is looking to do even more. For spring ’11, it will unveil women’s-specific designs, adding wedges and heels to the mix.

Orozco emphasized the line will be done with Bed Stu’s signature vintage spin. “We can now broaden the customer base with more feminine looks,” he explained. “But we’re not abandoning our core [unisex] business. There’s no stiletto action from us.”

“The women’s appealed to us due to the quality and construction” said Plummer, who introduced the collection in fall ’09. “The unisex women’s styles correlated almost directly to the men’s. Combat boots and oxfords are huge in women’s today.”

While adding companion lines to the men’s collections can expand distribution for dual-gender brands, getting new doors to embrace the idea can prove challenging.

Brad Hren, VP of sales at Manhattan Beach, Calif.-based Mark Nason, said, “There’s a stigma in their minds of what the line is when they think of the men’s.”

The brand also had much to learn in the beginning about creating ladies product. Hren admitted that Mark Nason’s women’s collection, which was added in fall ’07, originally lacked femininity because it simply tried to echo the rock ’n’ roll feel of the men’s line. “Now, however, it’s not a copy of the men’s,” he said. “It has its own look and feel, and it could reach a much broader audience.”

Since its launch, women’s sales now make up 30 percent to 35 percent of the total business, said Hren, with retailers such as Neiman Marcus contributing to its success. In fact, he noted, through Neiman Marcus Direct, the department store’s online and catalog divisions, women’s sales have outpaced those in men’s.

“Women get it and appreciate the details,” said Hren. “It’s what makes us unique and separates us. Women respond to it.”