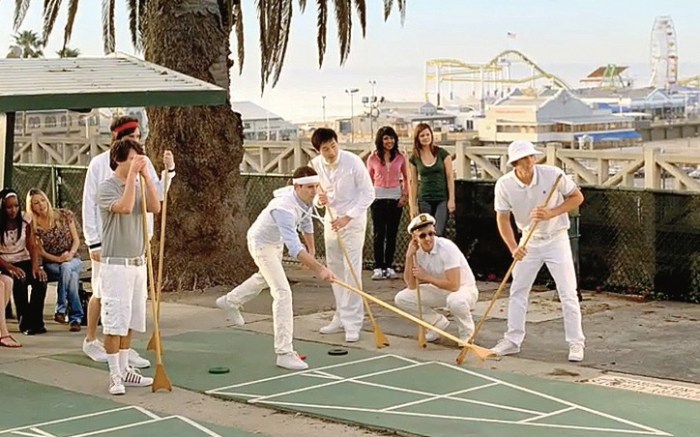 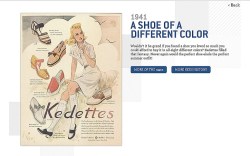 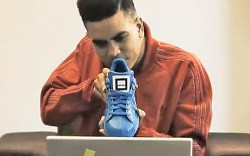 So Cali
K-Swiss Inc. is all about the home field advantage. The athletic firm, based in Westlake Village, Calif., will tout its California heritage in a new branding campaign that debuts today. With the title “Have an Awesome Day,” the campaign sets out to show the company’s playful approach to sports. “An inclusive attitude will set us apart from our competition,” said David Nichols, EVP of K-Swiss. It also puts a greater emphasis on the firm’s performance business, by casting pro athletes such as Greg Lutzka and Bob and Mike Bryan instead of celebrities. Another change for the company is its return to television. K-Swiss will start running this week a series of commercials, directed by Keith Schofield, on ESPN, MTV, Comedy Central and Fox Sports. Its print ads, shot by Mike Piscitelli, will land in April sport and style magazines. Nichols noted that after dabbling with several media over the past few years, K-Swiss is getting back in the TV game because “TV is not necessarily the most efficient method, but it’s the best way to reach a lot of people.”

History at Work
Keds is catering to history buffs with a new digital marketing strategy. At the center of it is Theoriginalsneaker.com, a Website where the brand recalls its own storied past and links it to pop cultural moments over the decades. Kristen Kohler Burrows, president of Keds, said, “Our goal was to authenticate the brand and help, in the consumer mindset, associate Keds with creativity.” She added that the digital medium makes it easier to engage in a dialogue. “Marketing today is more of a conversation than a dictation.” As a result, the brand has upped its marketing investment in Web initiatives. Its new site, which was developed with the Night Agency, will be supported by an online campaign launching this month and including banner ads and other rich media, as well as social networking.

Reality Check
The worlds of sneakers and video games have merged in a new run of shoes from Adidas Originals, which comes equipped with augmented reality technology — a first for a commercial footwear brand. A barcode is embedded in the product’s tongue and when the shoe is held up to a Webcam, it accesses Adidas’ online Virtual Neighborhood. Adidas is releasing three games on the microsite this spring (the first debuted last month) that can only be reached via AR-embedded shoes, which also act as the games’ controller. Chris Barbour, head of digital marketing for Adidas Originals, said, “[Our consumers] are already embracing emerging technology, so it was a natural fit for us to take a technology like augmented reality and leverage that,” Barbour said. The six styles are being sold exclusively at Champs and Eastbay.com.