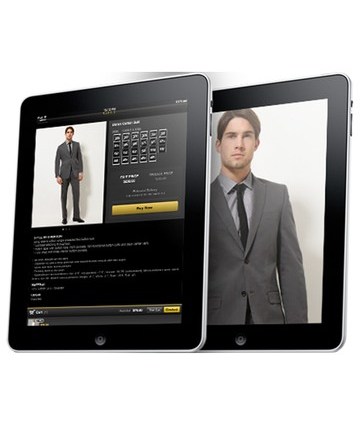 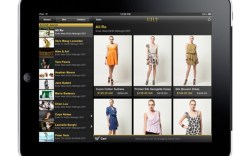 Big Apple
With its sleek design and game-changing visual capabilities, Apple’s newly released iPad could be just what the fashion industry always wanted. “The screen real estate is perfect for what we do,” said Jag Bath, VP of product management for Gilt Groupe, which launched an iPad app last week, in the days leading up to the device’s debut on April 3. “When you think about the imagery on our site, the screen really showcases it.” And, he added, the iPad is fast — faster even than the iPhone or the Internet — so members waste no time during Gilt’s midday sales. Other companies seem to be enjoying the benefits as well. Both eBay and Gap launched apps earlier this month, as did several fashion magazines, including Interview and GQ (owned by Footwear News’ parent company, Condé Nast). According to Bath, his company’s research predicted that Gilt members would quickly adopt the tablet computer. And indeed, consumers seem to be responding to Apple’s hot new thing: 300,000 devices sold during their first day in stores, and more than 4 billion iPad apps have been downloaded since then.

Bene-fête
Earth footwear turns 40 this month, coinciding with the 40th anniversary of Earth Day on April 22. To mark the occasion, the company is launching a marketing initiative that includes shoe giveaways and donations to EarthShare, a network of environmental and conservation organizations. According to Dave Aznavorian, VP of marketing for Earth, spring is the perfect timing for the milestone, noting that Earth Day is an “ownable and consistent platform for the brand.” To kick off the anniversary, Earth will give away 40 pairs of shoes through a contest on Facebook during April. At retail, the company will donate $5 from each pair purchased to EarthShare.