Media Wave: The Next Fashion Trendsetters 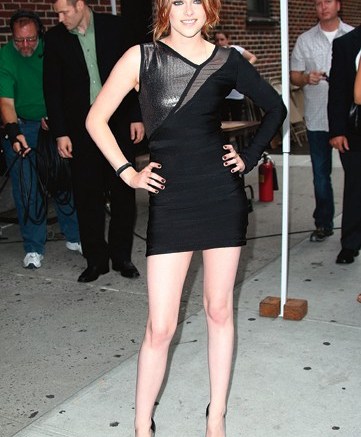 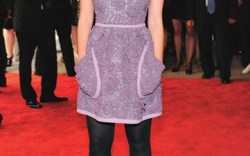 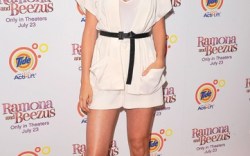 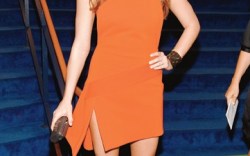 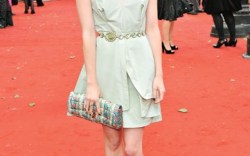 Celebrity fashion is getting a makeover in 2011.

While movies like “Sex and the City,” TV shows such as “Gossip Girl” and music acts like Lady Gaga dominated fashion headlines over the past year, experts said a new crop of influencers are about to shake up what people watch and, more importantly, what they wear.

“Street fashion is often much more impactful than runway fashion,” said designer Stuart Weitzman. “If [a star] has a style about them that impacts a new generation, [designers] have to take notice.”

So who are the new stars? Footwear News polled the experts to find out which up-and-coming personalities will have an impact on fashion.

Gretta Monahan, style expert for the “Rachael Ray Show,” said starlets who began their careers as children are growing up, and they’re bringing their fans along with them. “Girls that started off on The Disney Channel are growing into young women now,” she said. “The more they become fashion icons, the more their fans want a piece of that lifestyle.”

Celebrities such as Dakota Fanning, Emma Watson, Selena Gomez, Taylor Momsen and Kristen Stewart will be hot commodities in the fashion world, Monahan predicted, mainly because of their young and loyal fan base. And that popularity could translate into numerous commercial opportunities.

Monahan said fashion is shifting away from the party girls to career-driven women. Personalities like Paris Hilton and Lindsay Lohan, who have been a big part of the media focus in 2010, will lose some of their appeal going into next year.

“Now you have girls like Blake Lively and Whitney Port, who are a different kind of model,” said Monahan, who also listed Kim, Kourtney and Khloé Kardashian as other career-driven trendsetters. “It’s not about destruction; it’s more about being successful.”

Weitzman has his eye on upcoming stars who have the potential to influence street fashion, such as actress Carey Mulligan. “There’s something winsome, wholesome and fresh about [Mulligan],” he said. “If she has a fashion sense, she’ll have an impact because she has the image of a modern, street-savvy girl, which is different from old, glamorous Hollywood.”

Other fresh faces that he sees making an impact on fashion are Emma Roberts, Elle Fanning (sister of Dakota) and Ashley Greene.

Designer and stylist Phillip Bloch said his instincts point toward more edgy femme fatales as key fashion influencers in 2011. “It started with Rihanna and Lady Gaga,” he said. “Now you have [musical acts] like V.V. Brown and Florence & the Machine that have helped define the edgy, strong woman,” Bloch said. “They’re the people who are really pushing the fashion envelope.”

Bloch, however, bemoaned the lack of trendsetters among young men. “Fashion is more of a way of enhancing the use of sexuality for women,” he said. “It’s rare that we get a man like Andre 3000, who raises the bar as far as fashion is concerned.”

Florence Welch, lead singer of Florence & the Machine, has already had a significant impact on consumers in the U.K., according to Helen Job, youth and culture director at trend research firm Stylesight.

“Her style is amazing,” Job said. “When [Florence] played the Glastonbury Festival, she wore these platform python cage shoes that Topshop created especially for her.”

Job predicted that a trend of exaggerated, super-high platforms and high stripper boots could emerge as a result of the rise of risk-taking celebrities, such as Swedish singer Lykke Li.

And Momsen’s choice of footwear pushes the boundaries of fashion. “It’s sort of what I call ‘stripper style,’” said Job. “[Earlier this year], Momsen wore these high, lucite, [stripper-style] shoes that you could actually put money in.”

The actress-slash-musician is already proving her trendsetting status. Just last week, Momsen was hand-picked by Madonna to be the face of her Material Girl juniors’ line at Macy’s.

Aside from these new artists, experts agree that Lady Gaga will continue to have a serious impact on the fashion world. Monahan said Gaga’s style, one fueled by personal expression presented in a bold way, will be part of what drives fashion in 2011.

“A few years ago, [women’s fashion] was more quiet and subtle because of the economy,” Monahan said. “Stronger looks went away, and I expect you’re going to see that coming back and that women will be making statements with fashion.”

Nine West’s creative director Fred Allard likens this movement to consumers at the end of World War II. “After the war, there was a moment where people wanted to buy fashion, but they didn’t have the money,” he said. “They had to be inventive and inspired by what they were seeing in movies, like Lady Gaga’s [shows] are doing now.”

Another trend expected to make waves in 2011 is androgyny.

Allard noted that the androgynous theme has grown and changed recently. “It’s a whole dandy menswear feeling going on now,” Allard said. “Lace-up shoes and lace-up platforms seen on the show ‘Gossip Girl’ [are] really evolving with what’s going on.”

Several TV shows and movies have the potential to inspire fashion in the coming year. Experts forecast that period pieces on both the small and big screen will translate into hot style trends.

One possible tastemaker is “Boardwalk Empire,” a Prohibition-era show debuting this September on HBO. Produced by Martin Scorsese and Terence Winter of “The Sopranos,” the series is set in Atlantic City during its heyday.

“We call it vintage demure,” Job said of the show’s style. “It’s sort of a trendy 1920s and ’30s aspect that fits with ‘Boardwalk Empire.’” She added two-tone spectator pumps and simple flat shoes could be footwear standouts on the upcoming HBO series.

Job also noted that two upcoming movies about Marilyn Monroe could have a strong influence on fashion. Although both are still in production, she predicted that designers could be inspired to create high-heel pumps with a “pin-up” feel. “Nothing is new in fashion,” Job said. “It’s a lot of recycling and focusing on what eras are inspiring at the time.”

Nostalgia certainly is behind the “Mad Men” fashions that have leapt from the television screen to fashion runways.

“A 1950s trend was a big movement at Fashion Week in Paris, Milan, London and New York,” said Allard. “It’s a trend that set the tone in the past season because of shows like ‘Mad Men,’ and it will continue to get stronger in upcoming seasons.”

Monahan said “Mad Men” has particularly influenced the lines of New York designers. “When you look at designers like Zac Posen and Michael Kors, you see such a direct correlation [to ‘Mad Men’] in their styles on the runway,” she said. “There’s a very strong message of the 1940s, ’50s and ’60s — really borrowing from the past.”

The “Mad Men” looks have been so influential in the fashion world that the show’s costume designer, Janie Bryant, will be launching her own apparel line this fall. “It’s rare that a costume designer can turn work on a show into a fashion line,” Monahan said.

But not all television watchers want to take a trip down memory lane. Experts said the theme of socialites living in an urban setting has already proven a winning formula for fashion and setting trends, and should continue to have a place in popular — and fashion — culture.

“Shows about privileged kids in a big city have been going on forever,” Monahan said. “It was ‘Melrose Place’ in my day, and now it’s ‘Gossip Girl.’”

Allard said one difference that has emerged, and that started with “Gossip Girl,” is a high-low approach to fashion, which is more relatable to viewers. “What I like [about ‘Gossip Girl’] is they not only show high-end designer product but mix it with products that are more [affordable],” he said. “That’s the future of that type of show, making sure that it’s not too far from reality.”

The show has also launched a new fashion muse. “Gossip Girl” star Blake Lively, who had front-row seats at the Paris couture shows last month, is going to have an influence on a younger group of female consumers, according to Allard. “She’s like a new-age Sarah Jessica Parker,” he said.

And with the rise of online social networks like Facebook and Twitter, he added, fans are making TV stars even more popular than in previous years.

But as far as reality TV goes, Monahan said, there won’t be a star with the ability to set new trends, largely due to the format of the programming. “Reality TV stars have a major connection and influence over consumers, but fashion sits a bit separate from that,” she said. “Genuine high fashion is a part of the arts.”