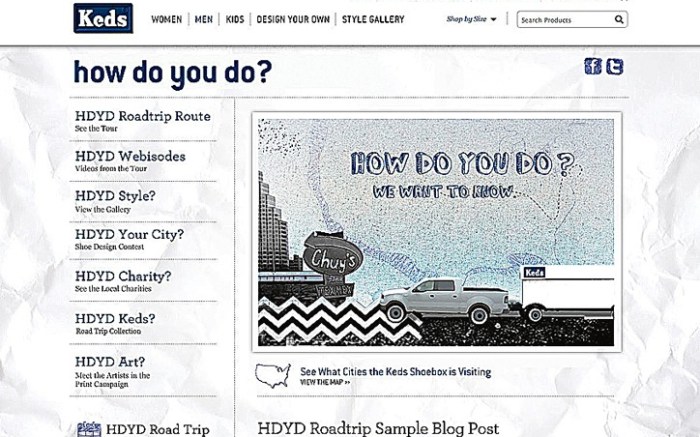 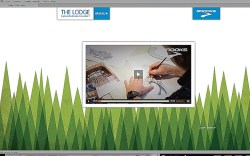 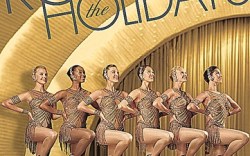 Keds is asking consumers “How do you do?” in its upcoming campaign, slated to launch in March. In addition to acting as an introduction to the brand, the slogan also intends to encourage the millennial generation to create, collaborate and contribute. “It’s a message that really resonates. It’s hopeful and about what is possible,” said Keds President Kristin Kohler Burrows. The launch will include print and digital components and will be incorporated into the brand’s Facebook and Twitter pages. In addition, the Topeka, Kan.-based brand (owned by Collective Brands Inc.) will hit the road to visit college campuses. The tour will feature Keds kiosks, live music, art installations and a philanthropic component. Overall, Burrows is confident the campaign will illustrate the brand’s relevance. “Keds is timely and timeless,” she said.

Nine West is putting on its dancing shoes with the launch of its “Rock the Holidays” campaign. The advertisements, featuring the Rockettes in the brand’s Jemster heel, were shot at Radio City Music Hall and are now in store windows, on Ninewest.com and on the brand’s Facebook page. “The Rockettes infuse an iconic flavor, both in New York and across the U.S.,” said Robyn Dewolf, VP of marketing for brand parent The Jones Group. “The [ads] exhibit a high level of energy and a sense of excitement that is both relatable and inspirational for the Nine West consumer.”

Brooks is letting consumers go behind the scenes. Visitors to the Thebrookslodge.com, which launched earlier this month, can now watch production on the new Cascadia 7 trail shoe (slated to hit retail in February 2012), including the design, development and testing of the product. “[We want to] connect with runners and let them be part of the Brooks experience,” said Jon Teipen, footwear product line manager at the Bothell, Wash.-based brand. Customers are encouraged to post their thoughts on the site, with the option of responding anonymously. “It’s a little bit of reality TV and real-time documentary,” said Teipen.

Keen is making its radio debut. The Portland, Ore.-based brand teamed up with Pagatim.fm to create the Keen HybridLife Radio Show, which went live earlier this month and airs every Wednesday at Hybridliferadio.pagatim­.fm. “We’re always looking for new ways to have conversations with Keen fans and the [people] who share our passion for the outdoors and community,” said VP of marketing Phyllis Grove. The show targets parents hunting for ways to spend time outside with their families.