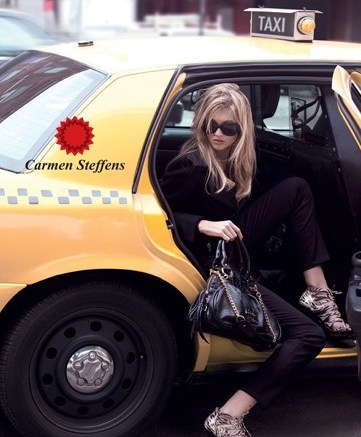 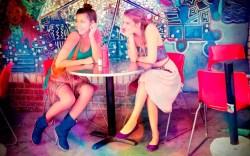 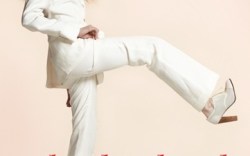 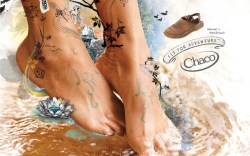 Street Style
Brazil-based brand Carmen Steffens is hitting the streets of New York City for its upcoming autumn/winter campaign. “This collection and campaign truly reflect the essence of the Carmen Steffens label,” Mark Willingham, president of U.S. operations, said of the urban lifestyle concept behind the campaign. “Our customer knows how to bring it all together. She may be very busy, but she is also fashion savvy, fun loving and very confident.” The international campaign, featuring Victoria’s Secret model Kylie Bisutti, will debuts in the southern hemisphere in February, followed by the northern hemisphere in August and will run in print, on billboards and in stores.

Making Waves
For its spring ’11 campaign, juniors’ brand Blowfish Malibu turned to icons such as Carly Simon, Joni Mitchell and Janis Joplin for inspiration. “Consumers have an inner appreciation and attraction to the beach,” co-founder Don Weiss said of the campaign, slated to launch online in March. “Blowfish Malibu depicts what our girl is all about: trends, fashion, music and the beach, all wrapped into one. This is really the first effort to establish the Blowfish Malibu image.” The launch marks the first time the brand has formed a full campaign. The effort, filmed in Venice Beach, Calif., targets the “new California girl,” who Weiss describes as “edgy, artistic, confident and original.”

Book Worm
Charles David Creative Director Nathalie Marciano turned to a classic piece of literature to promote the spring/summer ’11 line. “[We did] ‘The Great Gatsby’ with a modern twist,” she said. “I was inspired by [people] doing something sexy and adventurous.” Model Luisa Bianchin was cast to channel Daisy while showcasing a few of the Culver City, Calif.-based brand’s footwear styles from the collection, including platform wedges, geisha sandals and heeled brogues. The campaign will launch online, on billboards and in retail in February. “It’s definitely in sync with what’s happening out there in terms of fashion; it’s a little bit more daring,” said Marciano. “It’s more of a facelift [for the brand].”

Adventure Seeker
Denver, Colo.-based Chaco is getting fit for the holidays. The brand launched a new advertising campaign — its first since joining the Wolverine World Wide Inc. Outdoor Group in 2009 — last month with the tagline “Fit for Adventure.” The ads, which are running in outdoor niche magazines, spotlight the line of high-performance sandals and flip-flops and feature bare feet with illustrations of activities such as kayaking , hang-gliding and dog walking. Said co-account director Scott Coe: “The many-layered [drawings] are an invitation to consumers to connect the brand with their own experiences, whether their idea of adventure is whitewater [rafting] or the farmer’s market.”