Measuring the Effects of Social Networking 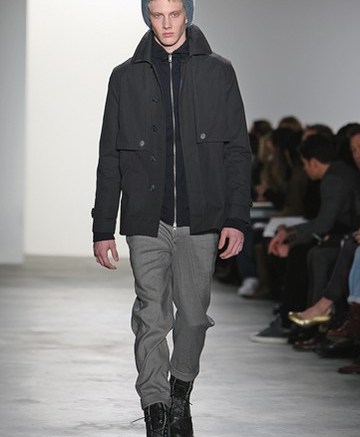 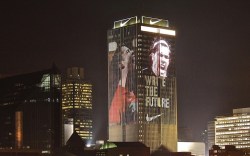 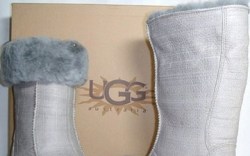 Does social networking mean more rings at the register?

Footwear brands are increasingly turning to online outlets such as Facebook, Twitter and microsites to spread their brand messages — tools many find both inexpensive and valuable. But whether such efforts translate into sales remains to be seen.

“When marketing goes online, the immediate reaction is ‘That’s great. Now how can we prove how successful it is?’” said Anders Bergstrom, marketing manager for Ugg Australia. “We know in the long run it’s absolutely [gradual], but we also know that consumers’ behavior online is less impulsive than people assume. They deliberate more about purchases and engage in a lot of research activities, such as price comparisons and shipping coupons, so social media isn’t necessarily the same immediate [sales] payback that an e-mail blast is.”

As a result, most small and mid-sized footwear companies consider their efforts experimental and generally spend less than 20 percent of their overall marketing budgets on such projects. The biggest benefit of participation is insight (companies can collect detailed data on customer behavior, tracking minutes spent viewing, posting and clicking through, experts said), which alone is proving useful.

In fact, the top 10 social networks in the U.S. have amassed 142 million users, according to The Nielsen Co. Facebook alone commands an audience of nearly 110 million people, and social network advertising revenues reached $1.8 billion last year, according to Nielsen estimates.

“Our Facebook page is an audience the size of — or bigger than — many print vehicles we’ve used in the last two years,” said Bergstrom. Globally, the brand has nearly 336,000 friends on the site and is adding 2,000 new ones per week.

Social media consulting firm Vitrue pegs the media value of one Facebook fan at $3.60, a number that some consider high because the degree of fan engagement varies widely. However, based on that metric, Ugg’s site could have a $1.2 million value.

Brands that use social networking to build awareness said the method is less remote than more traditional methods, such as print ads.

Leading up to the Boston Marathon in April, New Balance turned to social media sites to increase its exposure around the event. The two-week effort included a microsite with content and tips for marathoners, and daily and hourly Twitter and Facebook updates chronicling the race. The campaign netted 500 interactions on Facebook, a 100 percent rise in viewings of the brand’s Flickr photo stream, and a 24 percent year-over-year lift in traffic on Newbalance.com. Although the company declined to divulge specifics on the sales increase, a spokeswoman confirmed the company did see a bottom-line benefit and that the online marketing push also helped local specialty retail partners.

“Engaging in direct conversation with our consumers about how they want to use our products, and finding ways to help them meet those needs and interests, will ultimately help them consume more of our products,” said Stacey Howe, New Balance global digital brand marketing manager. “That’s the connection back to sales.”

Nike has made innovation as much of a priority in digital marketing as in product design or any other business competency, said company spokesman Derek Kent. In June, the athletic giant unveiled an ambitious nightly installation to promote the World Cup, allowing Nike fans on Facebook, Twitter, QQ (in China) and Mxit (in South Africa) to submit 57-character messages to be digitally projected on the fourth-tallest building in Johannesburg, with more than 100 headlines gracing the building each night.

“[Social networking] fuels our competitive advantage,” said Kent. “Our consumer focus is on youth. We’re looking for connections where they live, and we know digital is the backbone of their lives.”

And the communication can go both ways. Footwear marketers are listening to what users say about their product.

After seeing queries on Facebook about finding small sizes, fashion-comfort brand Sofft decided to add additional sizes to its fall ’10 offering. The company, a division of H.H. Brown, has also directed users to places in Canada where they can buy the shoes and created content about special-occasion styles, based on site postings.

“A Facebook fan is a perfect brand ambassador,” said Katie Kangas, director of marketing for Sofft, based in Andover, Mass. “This person is social and more likely to share positive experiences with a friend.”

And for Ugg, Facebook isn’t just a place for content and community, it also helps the brand thwart counterfeiting, one of its biggest challenges. Since posting information about fake products in its education section, the company regularly receives tips about fraudulent sellers and then acts to shut them down, said Bergstrom.

While Facebook and marketing microsites can be great for brands, Twitter tends to be more difficult to manage. Messages are brief and fleeting, and the space is cluttered. For example, Nike fans have often used the brand name as a handle, which can make it tough to find the official feeds.

Timberland updated its Twitter feed from the Sundance Film Festival in January, announcing product giveaways and celebs spotted in its footwear. Each time, sales spiked for the item mentioned, both on the brand’s website or on partner sites such as Piperlime.com and Zappos.com, according to the company. On Timberland.com, the Earthkeepers Mt. Holly women’s tall boot for $180 and men’s side-zip boot for $170 were sellouts. And more recently, using Twitter to promote the Timberland Boot Co. and Richard Chai runway show collaboration during Fashion Week also drove product demand.

“We definitely see it being an instant-gratification purchase,” said Brian McGovern, senior manager of North American marketing for Timberland. “When customers see something they want, it’s most convenient to go right online and get it.”

Still, when it comes to measuring social media efforts, there’s a lot to learn. “The good news — and the bad news — is that no one has figured this stuff out yet,” said New Balance’s Howe. “I see tremendous opportunity in front of us.”